The reign of exclusives is over, and that’s probably been the case for a while now. Don’t get us wrong, exclusives are still what give consoles their individual indentity’s but third party games dominate the market now and it’s for this reason that if Nintendo fail to gain third party support for their upcoming NX console, it will suffer as a result.

Nintendo’s last console the Wii U was only released back in November 2012 but already it seems Nintendo is eager to get out their next console, codenamed the NX console, as soon as this year. This is undeniably due to the Wii U’s commerical ‘failure’ in terms of sales since the console has been underperforming all generation. It’s currently the worst selling console out of the big 3 competitors and it’s vastly lacking in coparison to the original Wii’s numbers. Part of the reason of the Wii U’s failure can be put down to Nintendo’s mis-calculation of what gamers wanted with the introduction of their tablet gimmick with the Wii U and it massively backfired. Well, you know what they say about lightning striking twice. 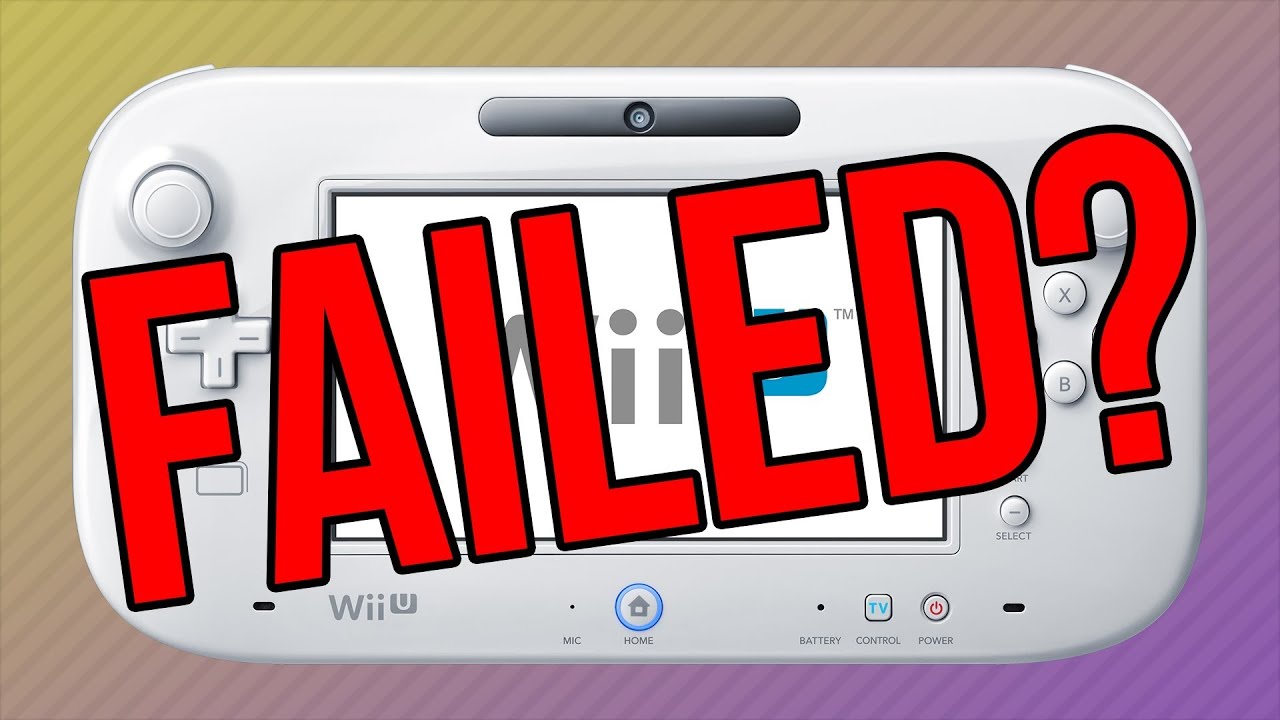 However, one of the most significant reasons behind the Wii U’s failure was the sheer lack of third party support. The Wii U was considerably weaker than both current generation consoles (Xbox One and PS4) which are both very similar to eachother in terms of power and architecture which makes development easier across both platforms whereas porting to the Wii U was a hassle and considering the low install base, many third party developers and publishers deemed it to not be worth the trouble. For instance, Wii U has even stopped getting the yearly Call of Duty, Assassin’s Creed and Fifa games, which sell millions with each installment and are often the biggest games on the market upon their release. This means that mass adoption for the Nintendo console was always going to be an uphill battle due to the lack of third party games which make up the lion’s share of the industry nowadays.

Since Nintendo are gearing to put the Wii U to rest and reveal plans about it’s upcoming console the NX and many fans have hoped that Nintendo will be able to gain back the support from third parties that they lost with the Wii U but, if news that came out today is anything to go by, it might seem Nintendo’s next console might lose out again.

In an interview with Coldwood Interactive’s Martin Sahlin, a developer behind the recent platformer Unravel, GamingBolt asked whether he was interested in producing a version of the game for the NX. After Sahlin stated that he would be interested, he was then asked if he knew of any information pertaining to the console, to which he replied:

“I wish I did- but they’re really secretive about it! About the NX, it’s funny, really. I wish I knew more about it, but they’re really secretive about it. I actually had a really fun discussion with a person from Nintendo a while back. It was basically ‘I’ll show you mine, if you show me yours’ (laughs). So he wanted me to pitch something for the NX, and then he could tell me more about what it was. But basically, it’s kind of hard to pitch something when you don’t even know what it is! So if you manage to guess it right, we’ll tell you what it is. So, I don’t know. But I am just as curious as everybody else to see what they’ve been making.”

To add fuel to the fire, Thomas Mahler, a developer for Ori and the Blind Forest creators Moon Studios, responded to Unravel developer Martin Sahlin’s earlier claims that Nintendo is still keeping the NX hidden away from some third-party developers. Mahler appears to be infuriated by the lack of communication and transparency from Nintendo regarding the NX, revealing how Moon Studios has attempted to get in touch with the company but has received “absolutely nothing” in the way of a reply, adding that he can “guarantee that they’ll just not have any software support, since nobody can just jumble games together in less than a year.”

Mahler’s comments, that were shared via NeoGAF, can be read below:

“This is actually THE singlest most annoying thing for every dev out there. We also talked to Nintendo and got absolutely nothing – I’ll never understand that. And just to be clear, it’s not just Nintendo, every hardware manufacturer is treating their devkits and their unreleased consoles like they’re the second coming and are insanely secretive about it to a stupid degree in todays time. It’s not even that the hardware isn’t finished (duh), but you could at least give me the goddamn specs, so we’d know what to build shit for!

What’s needed to sell hardware is goddamn good software. With Nintendo not having any devkits out there at this point and probably even wanting to sell it in 2016, I can already guarantee that they’ll just not have any software support, since nobody can just jumble games together in less than a year. I mean, you can, but it’ll be garbage.

This is a very troubling revelation indeed becuase at this rate, with the NX expected to be unveiled around E3 time this year, Nintendo continuing to hide its hardware from third party developers surely isn’t a good idea for a console that needs to earn back support from these third party developers. In all fairness, it’s understandable Nintendo will want to reduce risk surrounding their new console, as any console manufacturer would, but this frankly seems excessive for a company that so desperately needs to gain back third party support. Considering the short lifespan of the Wii U and it’s troubled generation, we would have expected Nintendo to do everything in their power to get third party’s back and supporting their new hardware but, if recent comments are anything to go by, that may not be the case. Nintendo’s first party games are often very popular, and probably have the highest attach rate of the three consoles but without full third party support, we can’t help but feel the NX will suffer quite a hefty blow before it’s even revealed.

How do you feel about the news that Nintendo might not be as concerned about third party support as they perhaps should be? Let us know your thoughts and opinions in the comment section below.