If a recent store listing for Battlefield 5 is to be believed, we may be heading back to the First World War for the next mainline entry into the Battlefield franchise. If true, this could prove to be a genius move on EA’s and Dice’s behalf considering the fact that Call of Duty’s refusal to ditch futuristic settings is increasing fans’ fatigue of the dominant Call of Duty franchise.

After all those years where World War shooters were dominant in the fps genre, the games grounded in World War 1 & 2 settings quickly evaporated. For a few years after that, games started to focus on a modern setting, providing more contemporary gameplay and weapons. Fast forward to 2016 and recent years and it seems the fps market is being flooded by futuristic shooters where the sky really is the limit. We’ve seen a wide range of crazy sci-fi mechanics in most fps games recently and people really are getting tired of it. Very few games have taken on the war from a soldier’s perspective since Call of Duty: World at War and Medal of Honor: Airborne. Notice a difference? FPS games went from dark, gritty, realistic games to what we have now. And, while we did use Call of Duty Black Ops 3’s DLC for this specific comparison, the Call of Duty series is most certainly not alone. It’s been many years since Call of Duty last took place during a World War setting. In that time, a lot has changed. Games have improved dramatically, both graphically and in terms of gameplay. There’s a new generation of consoles, new game engines, and new game design tools and it might just be nigh time for the return of an AAA game set in the Great War.

That brings us to today’s news. First spotted on NeoGaf, the store listing lists October 25 as a release date. It includes the description “Mehrspieler Taktik Shooter im 1. Weltkrieg” which translates to “Multiplayer tactical shooter in WW1”. EA CEO Andrew Wilson said a “new Battlefield experience” would arrive in time for holiday 2016, and the First World War would be very new territory for the series that has recently been focused on modern/near-future warfare. Whether this will be an entry into the mainline series or a spinoff similar to Hardline remains unclear. After all, the use of ‘Battlefield 5’ could just be a placeholder for the store. Even back in 2014, EA CFO Blake Jorgensen said the shooter would be “a return to a Battlefield military-style game.” 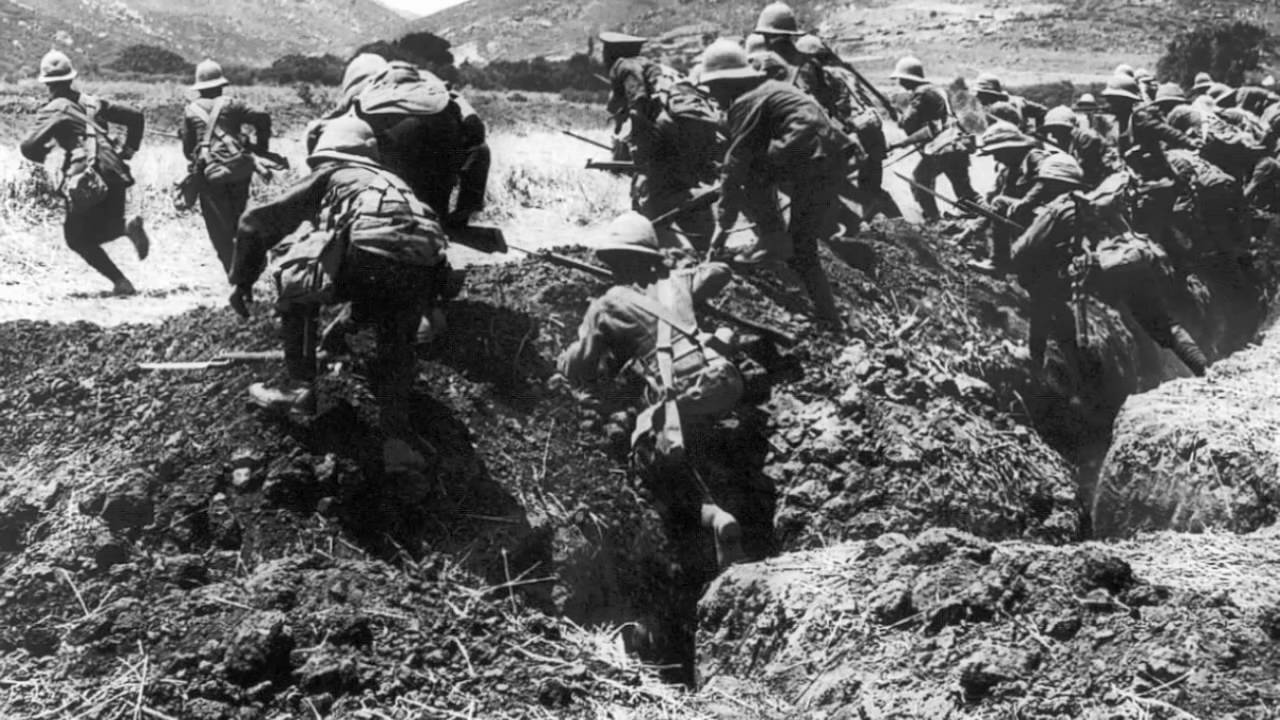 Moreover, a Battlefield game set in WW1 could also find itself really struggling with player cutomization, which has become a big feature in modern FPS games. WW1 or WW2 games generally let you play as infantry soldiers with stock weapons, uniforms and gear. There wasn’t much flexibility in these games.

Having said that, we have absolutely no idea how DICE and EA have decided to tackle this setting (if the rumours prove true) and they could add their own Battlefield formula to the setting to allow a game with less restrictions than reality would have had. After all, video games are never really 100% true to history and we simply don’t know what a Battlefield game in WW1 would look like. Can we expect to experience a battle between the Allied Forces and the Central Powers if Battlefield 5 releases in October?

The game modes certainly could make good work of the older setting. Much of the trench line was built into hillsides and natural defensive positions. Both sides even took advantage small villages/towns and constructed heavy bunkers along the lines to supplement their defence. You could combine wide open areas to be suited for tank, artillery and plane combat with tight, close quarters spaces inside the trench systems. For instance, a conquest map would be well suited for some trench warfare as you could have the bases positioned along multiple trenches and have both sides fighting for control to defend/attack the trenches. Teams might have to strategically sacrifice one trench in order to take up position at another and so on. Don’t let the WW1 setting lead you to believe Battlefield could not work in WW1 because, while it might take some imagination, it can.

Sometimes taking a step backwards, and simplifying is a good thing. Stripping away all the things we’ve come to expect in futuristic FPS games like wacky camo’s, robot limbs, jetpacks and whatever else could prove to be a good move for the genre. In true Battlefield nature, there’s even room for various roles players can assume such as: Infantry, Medic, Support, Sniper etc. similar to the modern Battlefield games. Perhaps you’d even be given a choice of certain gear to bring and prioritize, like allowing you to carry a bayonet instead of a frag grenade, or another med pack instead of a secondary etc. which could add some depth to the game’s options. Tanks, horses, zeppelins, artillery, mortars etc. could all find their place in a Battlefield set in WW1 and even towards the end German Stormtroopers began to use SMG’s so with some flexibility, their could be some variety to the weapons.

You never know, if this rumour is true and the next Battlefield game is anything like Verdun, it could be a success. That’s why it’s genius for DICE and EA to set Battlefield 5 in a World War setting. We need one to show the human side of  war; the brutal combat and individual stories of these men. Scrap all the fancy tech and you’re left with people battling against one another, putting their lives at risk for their countries. One of the biggest advantages of a historical setting like WW1 is that it can do a much better job capturing the truths of war than any futuristic games can; War is gritty and dirty, something futuristic shooters seem to have a problem understanding.

After all, we all remember this facepalm moment from Call of Duty: Advanced Warfare: 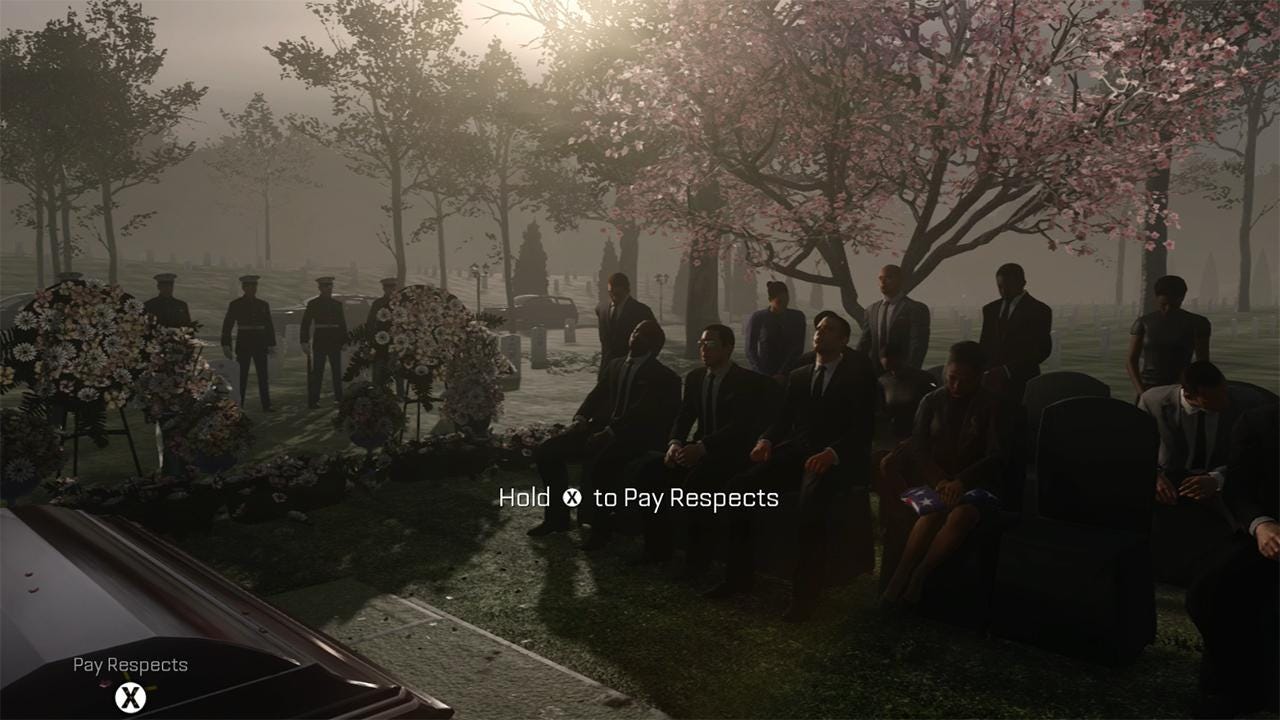 Do you think the rumours are true about Battlefield 5 being set in WW1 and whether it’ll be a ‘genius’ move or do you think it’s too big of a risk? Let us know your thoughts and opinions in the comment section below.

0 0
Previous ArticleVR Headsets, the Next Big Thing in Gaming or the Next Big Fad?Next ArticlePokemon Sun & Moon Confirmed