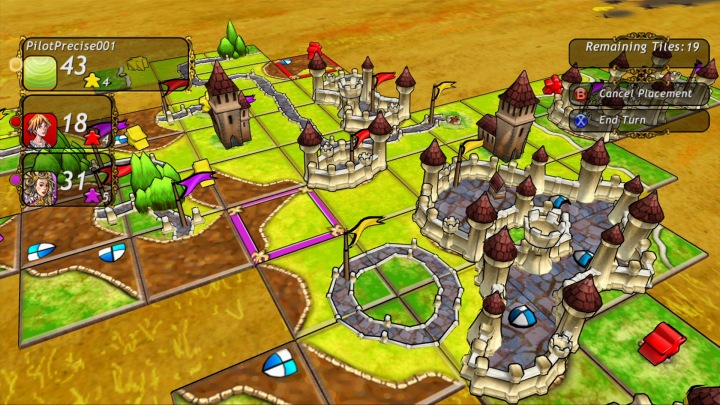 Carcassonne is now backwards compatible for Xbox One users who own the Xbox 360 digital title. This news comes in just a day after Geometry Wars Evolved was confirmed to be apart of the growing list of backwards compatible titles. The description for this game is as follows

“Become a master of medieval strategy. Own a fully featured version of the board game classic and fulfill the need for challenge any time you want, or play socially, with up to five players on Xbox LIVE, or up to four players on just one Xbox 360. Multiple levels of difficulty offer a challenging experience for players of all ages and levels of experience.”

Carcassonne was originally released on the Xbox 360 on June 27th 2007.

Did you own this old classic for the Xbox 360? If so let us know in the comments below.

0 0
Previous ArticleWhich PlayStation Franchise Will Fill The Gap That Uncharted Leaves Behind After Uncharted 4?Next ArticleVR Headsets, the Next Big Thing in Gaming or the Next Big Fad?