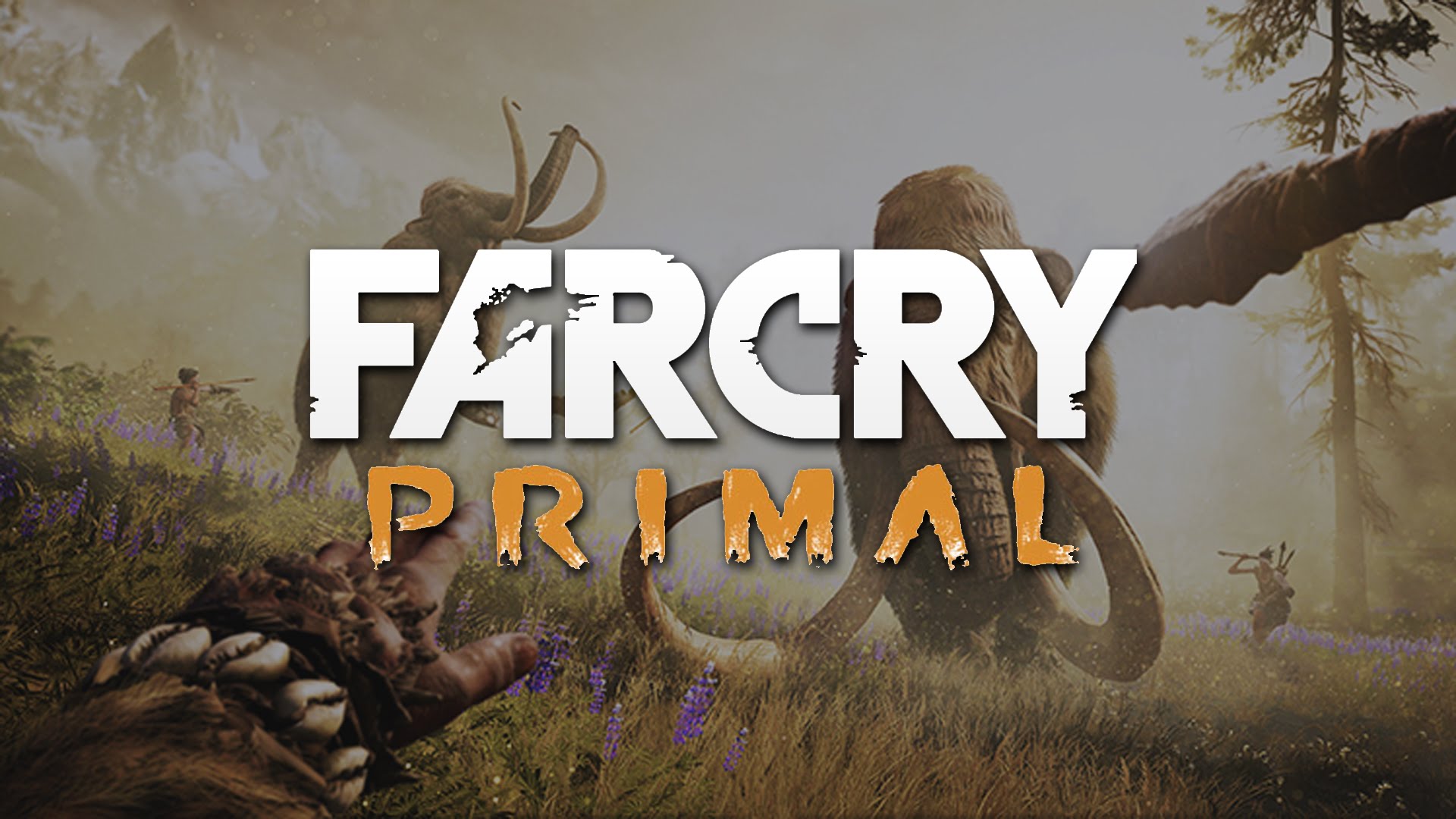 Summary: The era is the Stone Age, a time of imminent peril and limitless adventure, when giant mammoths and sabretooth tigers rule the globe, and humanity is at the low end of the food chain. As the last survivor of your hunting group, you will learn to build a deadly arsenal, fight off dangerous predators, and outsmart enemy tribes to conquer the land of Oros and become the Apex Predator. You’ll assume the role of Takkar, a seasoned hunter and the last surviving member of your group. You have a single goal: survive in a world where you are the hunted. Grow your tribe and sharpen your skills to lead your people, conquer the land of Oros, and become the apex predator. Encounter a cast of memorable characters who can help push back the dangers of the wild. Face enemy tribes who will do anything to eradicate you and your allies. [Ubisoft]

Ubisoft’s newest chapter in its series of open-world, first-person shooters takes place in Oros, located somewhere in what we now know as Central Europe. In Primal you assume the role of the Wenja Beast Master named Takkar. As a ‘Beast Master’ you possess the ability to tame wolves, jaguars, bears, sabre-toothed tigers, leopards and even badgers to fight by your side. Instead of a camera, you now have an owl to use at your discretion to get a tactical bird’s eye view at an enemy stronghold as you plan your attack allowing you to tag enemies or to go on the offensive.

From the onset, you may be led to believe that you’re going to be a badass wielding a wide range of weapons and beasts to dominate your enemies with but don’t be fooled. The world of Oros is a brutal dwelling and within the very first moments of the game, that is made very clear to you when your whole party is attacked and killed by a sabretooth. From that point, you are forced to explore the regions of Oros in search of your lost tribesmen and tribeswomen, known only as ‘Wenja’. 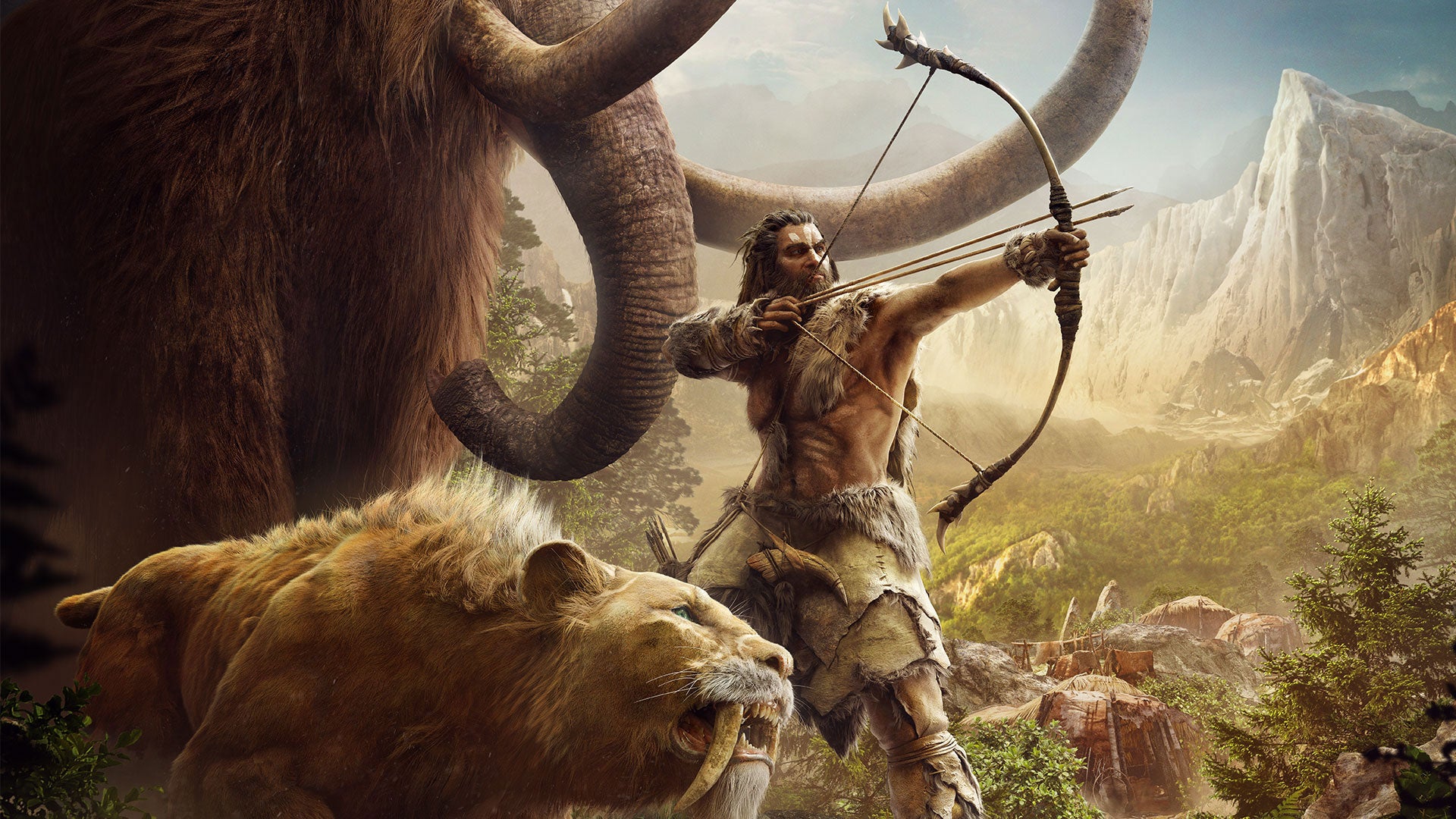 In your initial exploration, you soon learn that the Wenja are either dead or scattered across the lands of Oros after another tribe, the Udam, attacked the Wenja homeland. You are quickly thrown into this conflict, very much like how Ajay was thrown into the conflict of the Golden Path and Pagan Min in Far Cry 4, and the Wenja start to look to you as the solution to their conflict with the Udam. Now, without articulate dialogue, it must have been very difficult for the team on Primal to create compelling, sinister villains like we’ve seen with Vaas or Pagan Min and that’s apparent with the lack of a memorable villain figure in Primal but that doesn’t mean that the Udam are by any means less dangerous or sinister. In order to make up for this, Primal instead goes the route of invoking cannibalism to set the Udam apart and give them a sinister threat to the Wenja.

If there’s one great thing about Far Cry Primal it’s definitely the greater emphasis placed on the survivalism aspect of the game. While in other Far Cry games have featured some degree of survivalism, it was really only ever in the background and didn’t truly play a big part in your time with previous games. However, Primal changes all that up and makes survivalism a crucial aspect to your entire experience in Oros. Whether it be fending off beats with fire, collecting herbs and meat to construct weapons/clothing, collecting wood for arrows or many of the essential tasks in Oros, it’s clear that the team working on Primal wanted to emphasise the importance of survivalism this time round.  Improving your capabilities requires engagement and attention to the game’s revised hunting and crafting systems but the experience of Primal is far richer as a result.

When wandering the land of Oros, you will have to be cautious of the typical group of enemies that randomly patrol areas of a given location and you will have to be wary of the various beasts roaming the land as they may attempt to attack you. However, similar to games like Dying Light or even Minecraft, you’ll even have to be careful of the night. You see, when night falls the land of Oros becomes even more dangerous and you better hope there’s a campfire nearby. The whole landscape can change in a couple of moments and you can find yourself being hunted by wolves where just beforehand you roamed freely.

In Far Cry 4 I found it difficult to relate to the hardship of the Golden Path and the people of Kyrat because there was a lack of a personal touch in their homeland. There was no real ‘home’ of the Golden Path as you were too busy capturing outposts and destroying propaganda but the Village in Far Cry Primal serves as your central base of operations and your home. Your village harbours what’s left of the Wenja population and your primary goal is to recruit ‘specialists’ who can help you strengthen your village. These specialists not only allow you to develop new abilities and gain access to new story paths but also help forge a lively village that you will end up feeling dedicated to help build. At the core gameplay level it’s probably nothing more than another layer to the levelling up process but it truly provides something that the other Far Cry games missed.

The story isn’t exactly Far Cry Primal’s strong suit as I sometimes found myself at a fault as to where I was in the story since the different paths often differ quite greatly and don’t really converge fully until the end of the game. The characters all have their own twists and some are memorable but the small amount of cut scenes and actual interaction with these characters makes their role in the game feel more diminished which is a shame as some personalities that you come across probably could have added a lot more depth to the story component of Primal. However, due to the refreshing new setting and tasks available (such as the beast hunting quests) I often found myself growing tired of the “take out enemy tribes” story due to the richness of the world created in Oros which definitely helped make up for the lacklustre story.

Visually the game looks as impressive as ever, even if not much has changed on that front since Far Cry 4 and character models are noticeably improved and the world itself is given centre stage to shine with gorgeous woody areas, even if let down by low-quality components of the world (Yes, water still look terrible) The audio is as equally fantastic and integral to drawing you into the world of Oros and those battles with the beasts of the land are taken to a new height thanks to the fantastic audio at work here.

Impressively, the characters speak a language that was made precisely for the game. Creative director Jean-Christophe Guyot said that “They were [speaking] in English… and it felt very not immersive,” he explains. That led to conversations with anthropologists and film people who’d dealt with similar issues and, ultimately, linguists who specialised in “proto-European language.” The primitive language goes a long way in adding a genuine feeling of authenticity to Far Cry Primal and my only gripe throughout the entire game was a song that played in a section towards the end of the game in English… Yeah, that threw me off and definitely took away some immersion and especially in such a crucial part of the game.

While my experience with Far Cry Primal was enjoyable, I don’t want to beat around the bush so I want to clarify that Primal strongly felt like a Stone Age makeover of Far Cry 4 and that’s really the worst thing about the game. I can’t shake the feeling that Far Cry Primal could have been a much better game if it was instead worked on as a new IP and ditched the all too familiar Far Cry nook and crannies and instead did its own thing. Unfortunately, Ubisoft obviously saw attaching the ‘Far Cry’ name to Primal to be less of a risk and that is really the main gripe many have with an otherwise good game.

+ Graphics as visually impressive as ever

– Weakness in the story component of the game 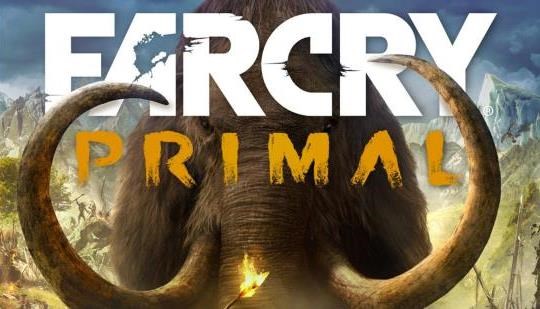