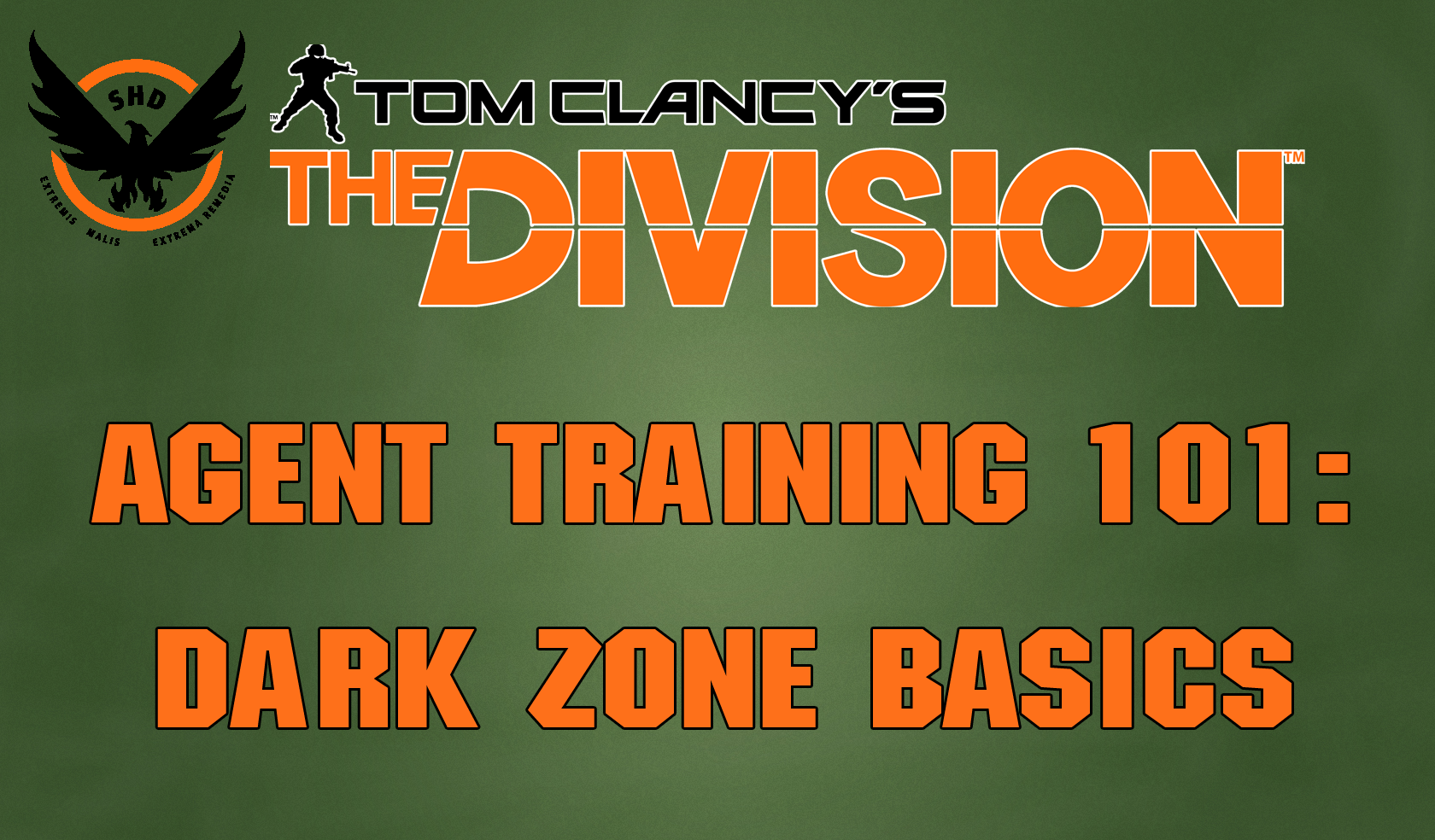 The PvP area in The Division known as the ‘Dark Zone’ is where you’ll find the best loot, the hardest enemies and some intense PvP action. The Dark Zone represents the area of New York hit hardest by the pathogen and it’s thus the most dangerous area in the game. Your success in the Dark Zone is highly reliant on your tactics and your knowledge of the basics. For anyone new to the game and looking for how to succeed in the Dark Zone, here are the basics you need to know.

All loot picked up in the Dark Zone is contaminated and you’re unable to equip or use these items until you successfully extract them out of the Dark Zone and into your stash back at the Base of Opeations. When you kill an AI enemy they will often drop some items or you can find chests around contaminated areas in the Dark Zone that also offer fairly high level gear. You can also kill an agent and take their loot but that might put a target on your back for other agents in the Dark Zone. When you’re ready to get your loot out, mark an extraction area on the map which should be easy to find since they are shaded in on your map in orange, and even have an icon of an arrow pointing up. From the time that you call for the helicopter you must wait 90 seconds for its arrival. In this time, you might find yourself in a tense 90-second wait amongst other agents with you all thinking the same thing: “Can he be trusted?”. Therefore, I would suggest you don’t aim your weapon at someone as people are on edge around other agents and that could cause you to be targeted. Just play it cool and you should be alright to extract that loot.

As someone who has reached level 30 in the Dark Zone, I have found that the above 2 skills work best for me in most situations. First aid is pretty self-explanatory as you will be facing a lot of dangers in the Dark Zone and the ability to heal yourself or allies is a great ability. If you’re lacking in allies then a turret works great since it can lay down fire on enemies and act as a great way to distact AI enemies or rogue agents and once upgraded, it can do a fair bit of damage too. However, you have a lot of flexibility with skills and I’ve also found that other skills such as Smart Cover, Ballistic Shield and Stick Bomb work quite well too.

The temptation to turn on other agents in the Dark Zone can sometimes be hard to resist since the gains from going rogue and surviving offer a worthwhile incentive for doing so. Obviously, you shouldn’t be attacking more than one or two agents at a time if you’re playing solo but if you’re rolling with a group of 4 then it becomes much easier to pick off other agents. However, surviving while Rogue is a different story since you get a marker on your head for everyone on the map to see and you definitely become a target. In my experiences I’ve found that retreating to the subways/underground areas work best since you won’t be out in the open waiting to be picked off. You might require a contamination filter level of 4 to access some subways so make sure you’ve upgraded that in the Medic wing.