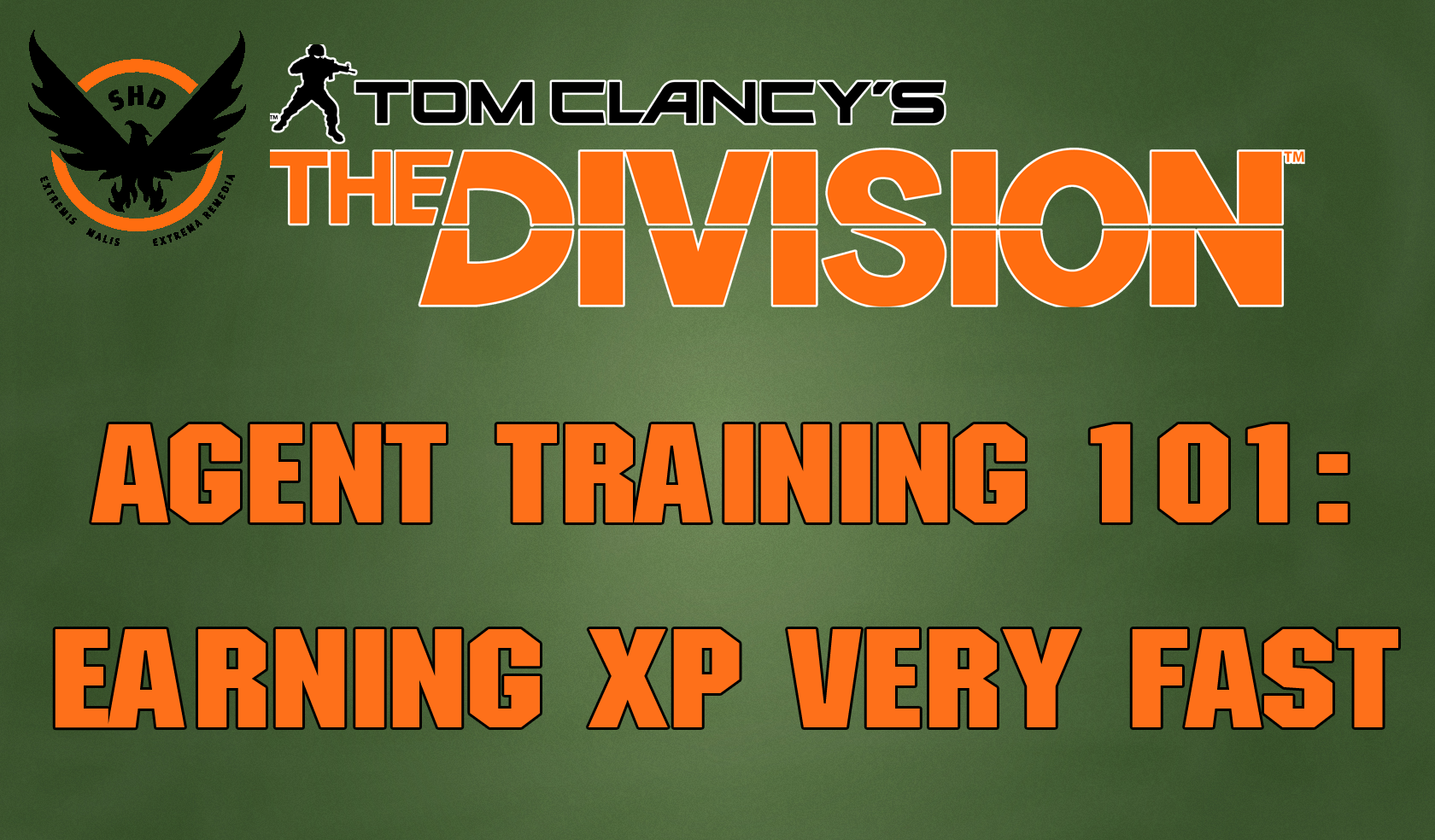 The Division has been out for 3 days now and while some dedicated agents may have already hit level 30 like I have, I’m sure there’s many out there who have been going at it a bit slower or have waited to pick up the game to see how well the game was received in the first couple of days. Having a high level in The Division is of the utmost importance as this is how you’ll gain access to the coveted “high-end” and “superior” gear. With a game like The Division, one might even say that the game doesn’t really start until the end game. Keeping this in mind, and as someone who has reached level 30 across the PvE and Dark Zone, I thought it would be good to share some things I learnt in my time with the game to rack up XP fast. Without further ado, here is how you can level up and earn XP very fast in The Division:

Early on in the game, focusing on the Security Wing in your Base of Opeations can yield quite significant results for earning increased amounts of XP allowing you to level up faster. You will have to rescue Captain Roy Benitez from the Lincoln Tunnel Checkpoint mission in order to unlock access to the Security Wing but it is crucial you do so. You see, each of the 3 wings of your Base of Operations have 10 upgrades available which all give you a unique reward in the form of skill mods, talents and perks. Once perks are unlocked, they are always active and do not need to be equipped or swapped between. Within the Security wing, there is an upgrade that costs 500 supplies called the “Situation Room” which will award you with the Experienced Agent Perk which will give you a permanent 10 percent XP boost in all XP that you receive. It might not seem like a huge difference, but when you add it up over the course of how ever many in-game hours, it will make a huge and noticeable difference so be sure to pick it up as soon as possible.

Next, you’ll be wanting to unlock the Security Wing upgrade called “Barracks. This rewards you with a perk that increases the XP gained from accolades by 25 percent. Accolades are the small experience rewards you earn for landing head shots, going through a portion of a mission without dying, killing multiple enemies in rapid succession and other similar accomplishments. This will set you back 1000 supplies so it might take some work to accumulate that many at first but it’s definitely worth it. The XP gains won’t be significant here on their own, but added to the Situation Room upgrade, these are 2 very basic ways of quickly increasing your level and gaining XP fast.

This is definitely one of the easiest and cost-effective ways of earning XP that simply involves you discovering new districts within The Division’s recreation of Midtown Manhattan. This is more directed to new players but the XP gains can be quite high in the early game. Very simply, all you have to do here is run into a district that you haven’t yet discovered. If you bring up your map, you can easily identify which ones you have and have not discovered by hovering over them. Then, simply cross over the boundary and into the district you haven’t already visited before and enjoy the XP. This tip is especially handy when you just need a little tad of XP to hit that next level and be ready for the next main mission.

If you’re one of those players who tend to ignore side missions then STOP doing that and pay attention to the side missions in The Division. Even at the very first early stages of the game there is a handful of side missions ready to complete that will award your fairly sizeable chunks of XP and blueprints for improved gear as well as supplies for your Base of Operations. Now these missions will vary and can award anywhere between a couple of thousand points of XP and tens of thousands of XP. While some may be a little bit more mundane such as uplink repair side missions, some of these are genuinely worth playing just for the little story moments alone. However, once that XP starts adding up you’ll soon realize why side missions are an easy way to earn a ton of XP very fast. Since they don’t take too long to complete either, you should be able to very quickly rack up big amounts of XP to help you level up faster.

There are multiple safe houses scattered across The Division which give your agent access to a gear/weapon vendor, a situation board and a JTF officer. Each JTF officer is unique and gives you access to multiple missions upon talking to him/her. The situation boards in these rooms also provide access to a variety of activities in the area close to the safe house you visit. It’s crucial that you visit all the safe houses located in the game and receive the respective missions/encounters. These provide you with a ton of XP and upon completion of all these tasks, you can return to the safe house to receive a big amount of XP as a reward on top of the XP you receive for completing the tasks in the surrounding area.

This is a very effective way of earning XP and blueprints so definitely make sure you don’t overlook the safe houses as a mere novelty as these are going to be important sources of XP for your agent.

You may be more reliant on RNG here so there is no real instructions for this tip but if you happen to come across gear that has an attribute of giving increased XP such as this backpack I received, this can help culminate a decent amount of XP upon killing many hostiles. The amount of increased XP will depend on the RNG but here’s a little secret: you can recalibrate items in the Tech wing of the Base of Operations that gives you the opportunity to re-roll an items stats/attributes so this could give you the edge in attaining gear with this increased XP attribute.

We talked about Base of Operation upgrades earlier but here’s another; by unlocking the ‘Canine Unit’ upgrade in the Security Wing, it will give you the perk titled “Intel Discovery” that “When completing all side missions and encounters in a named zone, reveals all undiscovered intel on the map”. This synergizes with my earlier tip of completing various tasks in an area of the map since Intel can award a couple of thousand points of XP and since there’s literally hundreds of pieces to be found, this can add-up to be quite a large amount of XP for you to gain. Not to mention the fact that you can unlock exclusive cosmetic items for finding a complete set of these pieces of Intel which is a nice added bonus.

There you have it, the best tips for levelling up fast and earning some quick XP. I’ll be sure to update this post if new methods are found but for now I hope you’ve enjoyed and have learnt something from this guide. If you have any thoughts and/or opinions, be sure to leave a comment below.