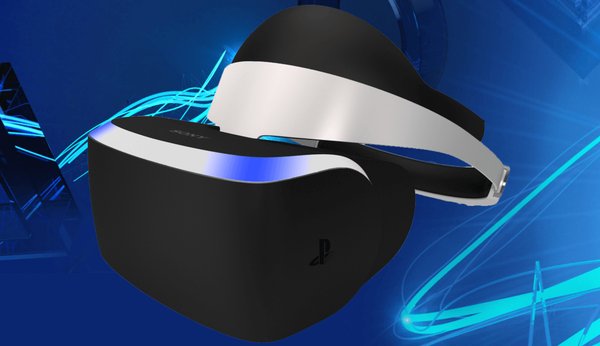 Sony delivered some huge news today at GDC 2016. During their short PlayStation VR event Andrew House announced that the PlayStation VR will launch in October this year for $399. The announcement received plenty of applause from the crowed and for good reason. The price pretty much guarantees that Sony will dominate the Virtual Reality space.

Compared to other competitors such as the Oculus Rift and the Vive the PlayStation VR is much more affordable. When you factor in the cost of the PlayStation 4 the total price will come out to $750. That is a very big deal because the Oculus Rift will pretty much cost double that at around $1,500 when you include the PC that you’ll need. Sony also announced that they have sold 36 million PlayStation 4’s worldwide already so there is a huge amount of people that can enter the VR space for just $399. I predicted that PlayStation VR would cost no more than $400 if Sony wanted to get a huge install base and it turns out I was right on that front.

Now Sony has said that the PlayStation VR won’t be as powerful as the Rift and that is understandable but also not a big deal in my opinion. PS VR will work well enough for people that want a great VR experience and making the device more affordable than the competitors was much more important. It’s not like you’re getting a cheap device either way as just look at the specs on the PS VR.

Those are great specs for what you are paying and I don’t feel like paying double the price for the Oculus would be worth it to myself or most other people. Another big feature of the PlayStation VR Sony announced today is that you’ll be able to use the headset in a “Theater mode” to play any of your PS4 games or use apps like Netflix. This again is another awesome feature as you’ll be able to use the headset as another screen to play any of your games or watch movies on Netflix or other apps. This is a feature that myself and a lot of other people were hoping they would include and it’s great to see that Sony listened.

Another reason they are set to dominate the VR space is because they have a huge amount of support from developers. There are over 230 developers working on PlayStation VR games with 50 of them set to be available by the end of this year. The Playroom VR will be free for anyone to download from the PlayStation Store so that they’ll have something to test out the headset with even if they don’t buy another game right off. Plus Sony is working with EA on an exclusive Star Wars Battlefront experience for the PlayStation VR and I think that alone is a big reason to get one. If I could fly an X-Wing in VR that would make the cost of entrance worth it to me alone. You won’t be able to get whatever this Star Wars game is going to be on any of the other VR headsets on the market so it’s just another reason to choose PS VR.

Overall I think Sony once again like they have done this whole generation has made the smart move to price their device right so that they can dominate the market. Time will tell if that is indeed what they do but at that price point, the huge install base of PS4 owners, and the amount of titles in development for the device I don’t see any way that they don’t. What about you? Do you think Sony priced the PlayStation VR right? Do you plan to pick one up? Tell us in the comments below.

0 0
Previous ArticlePlayStation VR Launching October 2016, Priced at $399Next ArticleWhy The Cross Play Announcement Is The Biggest Of The 8th Generation