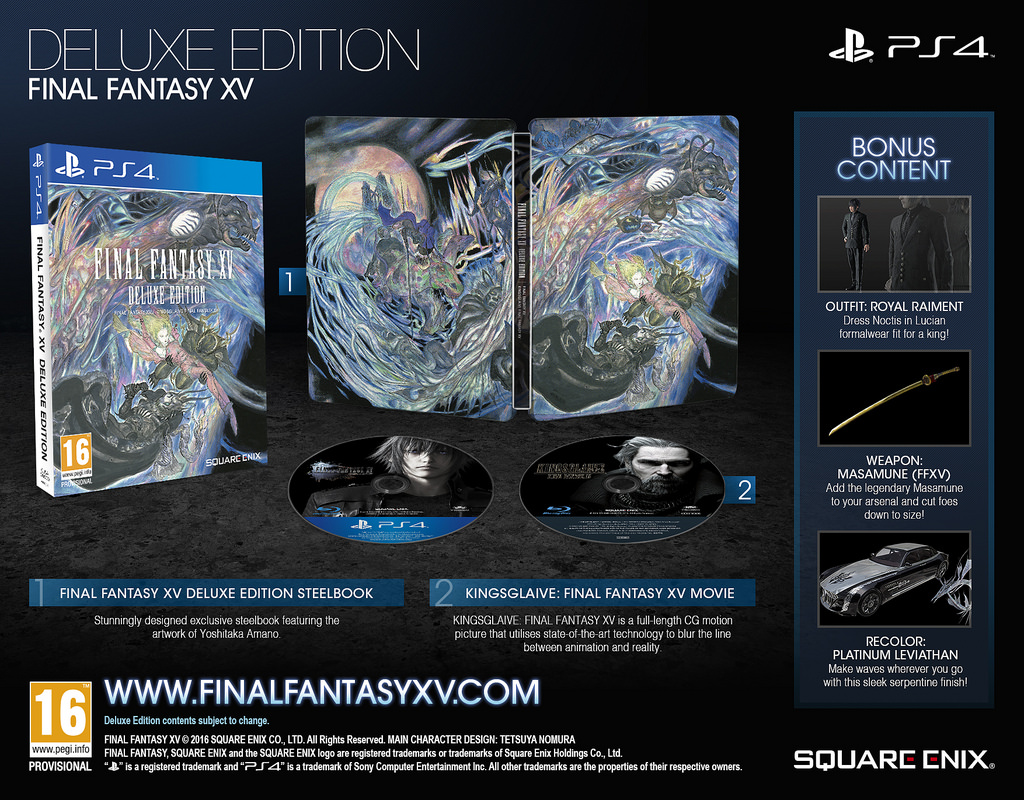 Final Fantasy XV’s Deluxe Edition was announced only 24 hours ago, and already it’s proving to be a big hit on Amazon. It sold out not long after going up for pre-order, but then made its way back on to the site a few hours later. The extra allocation of pre-orders seemed to have paid off as it’s now the #1 best seller on Amazon. It looks like pre-orders for the special editions are off to a great start with the Ultimate Collector Edition’s selling out within 30 minutes yesterday, and now the Deluxe Edition’s topping the Amazon charts today. It looks like nothing is stopping the Final Fantasy XV hype train.