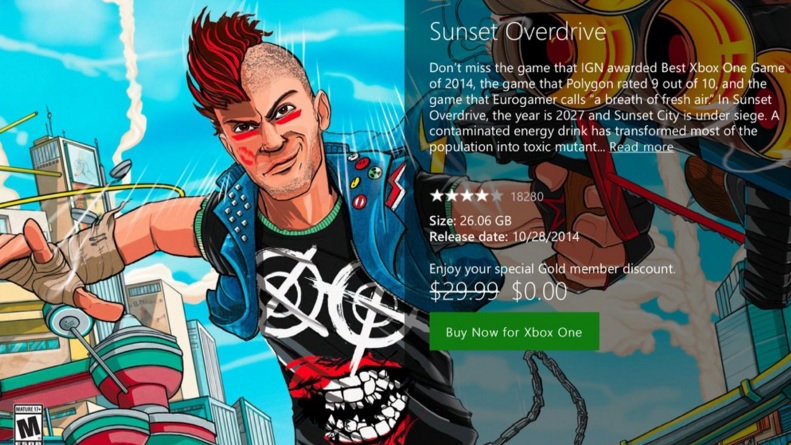 Easily one of the best exclusive titles on Xbox One (I had to bump it for Ori on my top 5 exclusive list), Sunset Overdrive is now the low low price of free on Xbox Live as part of the Games With Gold promotion. Jump in, get it downloading (it’s a big one!) and then get playing. Seriously, this game has some of the most unique gameplay out there once you get past the tower-defense stuff at the start of the game.

Also, don’t forget that there is an AWESOME multiplayer element to the game as well. That’s awesome because with all the new players that will be online since the game is currently free will mean that online will be absolutely bangin’ again!

Also joining Sunset Overdrive is the fantastic and also wacky Saints Row IV on Xbox 360 which is now backwards compatible too, so you don’t need to own an Xbox 360 to play it.