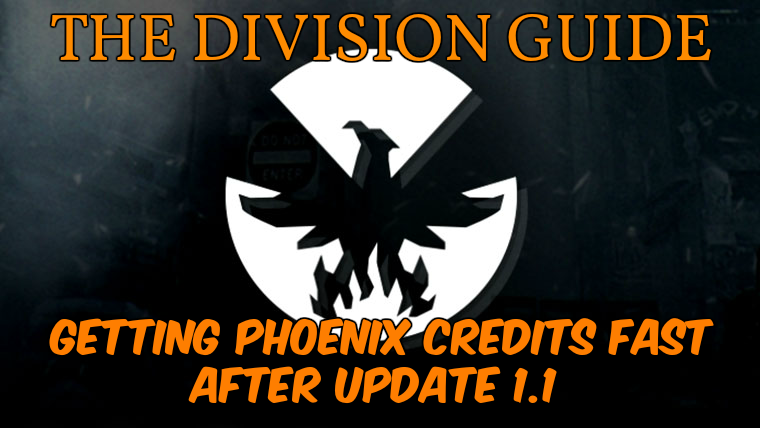 In order to attain the best gear that The Division has to offer, players will need to earn and collect an in-game currency known as Phoenix Credits. Similar to Strange Coins found in another popular MMO shooter Destiny, Phoenix Credits are the end game currency that players use on weapons, mods, accessories, or gear that have both level 30 Agent and level 50+ Dark Zone requirements on them. This gear can be found at the Special Gear Vendor in the Tech Wing of the Base of Operations who reguarly updates items that he sells and has a set of gear, mod, weapon and accessory blueprints readily available at all times. It should also be noted that you can only have up to 1000 Phoenix credits on you at one time. If you’re maxed out, any credits you collect will be lost, so spend them before hitting the cap.

Before the update, the best way to earn Phoenix Credits was through daily missions, ‘Challenging’ missions, and named bosses (RIP Bullet King, long may he be remembered). In the normal game missions have two difficulty levels: normal, and hard. The endgame however unlocks the ability to play story missions at challenging difficulty.Almost every enemy encountered will be an elite but these were the surest path to guaranteed Phoenix Credits. Completing a mission at challenging difficulty gives you 30 Phoenix Credits. You can also kill named NPC’s which give a couple of Phoenix Credits depending on where you kill them. E.g. Named NPC’s in DZ6 drop more than named enemies in lower areas of the dark zone. The Daily bonuses also offered up a total of 80 credits for completing 2 Hard difficulty missions and 1 challenging mission every 24 hours. 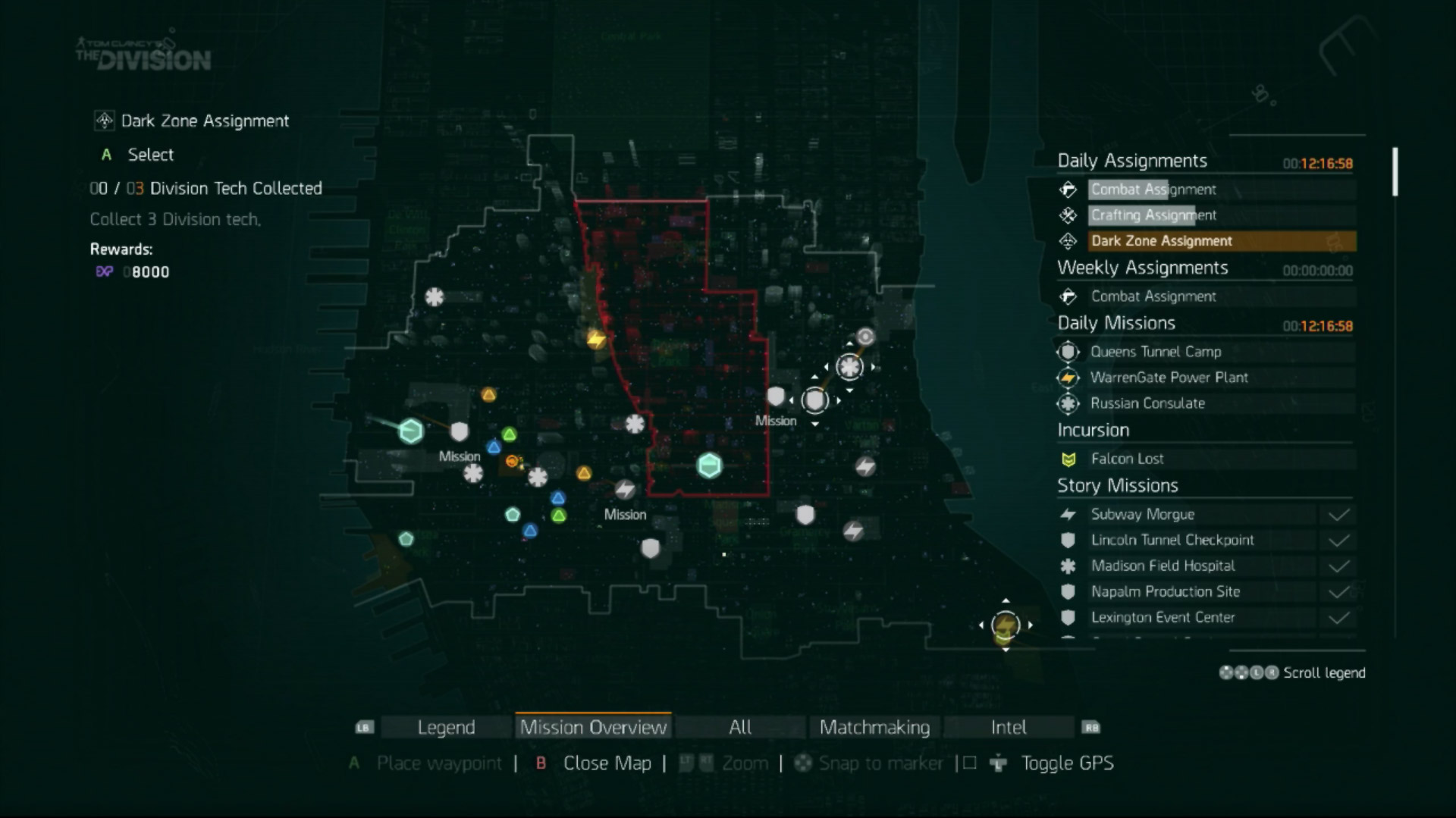 However, update 1.1 in The Division introduces Assignments. Assignments are automatically obtained when you log in and can be tracked from the map via the menu called “Mission Overview” Assignments are available for a limited time (24h for Daily Assignments and 7 days for Weekly Assignments), after which, they will be replaced by different assignment. Assignments come in different categories: Combat, Dark Zone and Crafting. Most assignments can be completed while playing alone but some will require enlisting other agent’s assistance to complete. These Assignments bring with them a variety of awards, including Phoenix Credits. Some of these can be very easy and thus completed very quickly thus making them a good source of earning Phoenix Credits fast after update 1.1.

Update 1.1 also introduced us to The Division’s first Incursion ‘Falcon Lost’. Falcon Lost is a new incursion available in the Stuyvesant area. You must be level 30 and have completed the mission “General Assembly” to access this mission. The encounter is balanced for 4 players with high level gear and is basically the Division’s version of ‘raids’ from Destiny or ‘Strikes’ but limited to 4 players.

Completing the new Incursion also provides Phoenix Credits alongside new Gear Set pieces so is a good source of both for more experienced and skilled players (or you could always do the glitch). The hard mode offers 15 Phoenix Credits, whereas the Challenging modes offer 40.p The gamers who are looking forward to a huge battle can play any mode during completing their daily or weekly targets.

Best way to do it? Dailies. The weekly assignments are fairly incidental and things that you’ll complete by merely partaking in other activities in the game e.g. Kill X amount of Y type of enemy. For the time being, Falcon Lost challenging might prove too difficult or time-consuming for many so the best way to go right now is to continue grinding out those dailies. Do your two hard missions, your daily Challenging mission and your daily assignments and you’ll be racking up the Phoenix Credits in no time!

Found this guide helpful? Stick to ThisGenGaming for an all manner of guides for The Division and for guides on the latest updates. Let us know what your thoughts/opinions by leaving a comment below.

0 0
Previous ArticleE3 2016: Why Nintendo Fans Should Be ExcitedNext ArticleEA Hints That Microsoft May Have Sold Fewer Than 20m Xbox One Units