Star Fox – a classic game that made its debut in the era of the Nintendo Entertainment System. Originally not released in America, Star Fox made its way over to the American audience after a high demand from Western gamers. In 2016, we’ve received the latest installment of the Star Fox series since 2011 – Star Fox Zero. For many, this game is a way for gamers to re-live their Nintendo 64 days with Star Fox 64, but with new gameplay features, an additional mini-game known as Star Fox Guard, better graphics, and refurbished controls. For newer players, this game is something fresh and unique for modern gamers. No matter who you talk to, Star Fox Zero generally settles well with a wide variety of gamers.

Right from the get-go, however, I noticed that the controls were extremely awkward. Nintendo chose to split the player’s view between the gamepad and the TV screen. On the TV, you see yourself in the ship from a third-person point of view. You can adjust the angle you’re shooting by tilting the gamepad, making it the only usable controller. On the gamepad, your view is from a first-person perspective and it’s the only view that will give you precision aiming. However, you also need to be looking at the TV screen because it’s much easier to see where you’re going and it’s the only way to see enemies coming up behind you. Because of this, Star Fox Zero demands that you divide your attention between the TV screen and the gamepad. It’s definitely a lot of getting used to; especially to older Star Fox gamers who are used to the older, less complex control system. Once you get used to it, however, the game runs much smoother, but getting used to it initially is a big pain.

One thing that glaringly stands out from Star Fox Zero is its unoriginal story, as it is very similar to past games. You are Fox McCloud and by the orders of General Pepper you must fight off an evil empire that has risen. The main trick that Star Fox Zero has up its sleeve, however, is it allows you to control a multitude of vehicles. First, you of course have the Arwing. Once you master the use of this savvy vehicle, fighting off enemies becomes a breeze. I’ll admit that it’s a lot of fun to use the Arwing and it’s by far my favorite vehicle to use in the game. Next, there’s the Walker. The Walker can sprint for a period of time, hover, and shoot. The only thing with the Walker is that while the controls are similar, they’re different. It’s a whole new set of somewhat awkward controls to learn. The same goes for the third vehicle you have access to – the Gyrowing, which is a slow copter-like vehicle. The biggest feature of the Gyrowing is its capability to lower a small robot that can turn switches on and off by plugging itself into the wall, which opens up new pathways and makes for some really interesting and unique puzzles in the game. You also personally control the movement of the robot and can see from its point of view by looking at the gamepad. All three vehicles take some getting used to, but I overall enjoyed using every one of them.

My experience with Star Fox Zero definitely had a rough start. Like I said, it’s a lot to get used to. However, day after day of playing this game I found myself getting better and better, and I therefore enjoyed my experience more. For this reason, if you get this game, don’t pick it up and put it down forever when you realize the controls are awkward. Once these controls feel comfortable, you get really savvy at this game and it brings you a lot of satisfaction.

Star Fox Guard, on the other hand, is a separate entity on its own but it’s more of a mini-game than anything else. If you’re looking for a quick arcade-style game to pass time with, you might want to pick up Star Fox Guard. Basically, you fend of enemy robots from invading and destroying your base through the use of lasers and cameras. You can only see through the cameras, and you can only shoot from the camera you have chosen for your view. You can switch from camera to camera pretty quickly, because you can just tap them on the gamepad. This also takes some getting used to, but again, it’s very fun to play once you get there. One type of robot will shut down cameras, and the other type will actually try to reach the core of your base. If it reaches the core, you lose the round. With a variety of robots and maps, I would definitely pick this game back up and play it when i’m in the mood for a quick arcade-style game.

Overall, Star Fox Zero was an enjoyable experience, and I would recommend it to any gamer who’s willing to take the time and patience to learn the control system. It’s definitely worth your while. 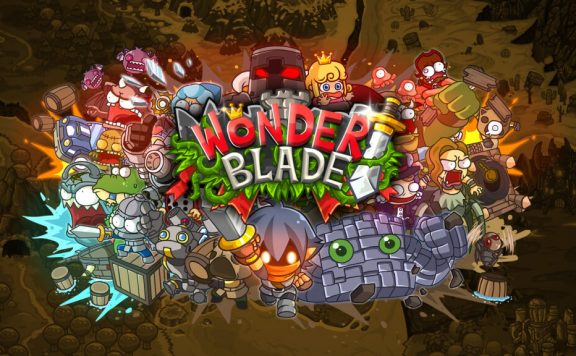