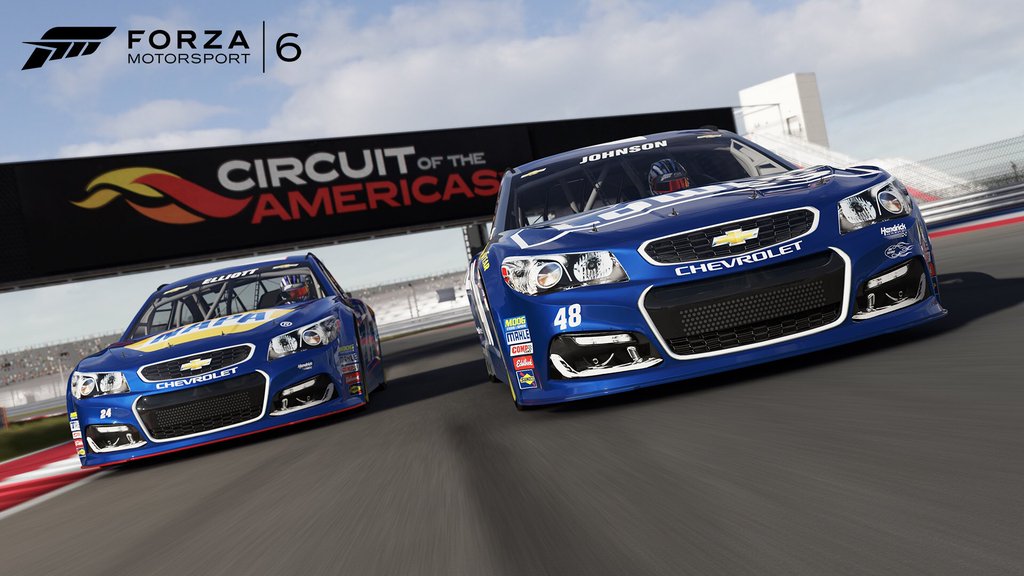 America’s most popular form of motorsport is coming to the best-selling racing franchise of this generation, with over 11 million unique players on Xbox One. The NASCAR Expansion for “Forza Motorsport 6” arrives today, bringing NASCAR to the world stage. This is an experience that only the comprehensive world of “Forza Motorsport” can deliver. The expansion features an all-new NASCAR World Tour career with over 10 hours of racing, representing the ultimate “What if…?” for racers around the world.

How would American stock cars fare against Australian V8s at Bathurst, or against WEC prototypes at Le Mans? With the NASCAR World Tour career, players will be able to live these fantasies and answer those questions for themselves, competing in unique events across the cosmopolitan lineup of tracks and circuits in “Forza Motorsport 6.” Whether battling it out against GT and endurance racers from the world’s top motorsports leagues, sharing the track with open wheelers from IndyCar and Formula E, or testing the limits on classic American ovals like Indianapolis Motor Speedway and Daytona International Speedway, this is NASCAR like you’ve never experienced it before.

The intensity of driving these quintessentially American race cars is at the heart of the NASCAR Expansion experience. Players will be able to drive 24 2016-season NASCAR models from teams like Joe Gibbs Racing, Chip Ganassi Racing, Stewart-Haas Racing, Hendrick Motorsports, and Team Penske, including the cars of top-flight NASCAR drivers Jimmie Johnson, Kurt Busch, and Chase Elliott. Johnson, Busch, and Elliott also serve as the stars of the “Voices of Motorsport” in the NASCAR Expansion, introducing fans to the history and technology of NASCAR.

Along with the new career mode and lineup of new cars, the NASCAR Expansion also includes a new destination – Homestead-Miami Speedway, available in all modes of play – as well as NASCAR-themed Rivals, Leagues and multiplayer hoppers, giving players the chance to experience NASCAR across the entirety of “Forza Motorsport 6.” And with the addition of brand new features such as rolling starts, a new Quick Stop mode, and a more complex drafting model, the NASCAR Expansion adds new levels of strategy and tension to pack racing in game.

“The NASCAR Expansion highlights the power and passion of both ‘Forza Motorsport’ and NASCAR,” said Dan Greenawalt, creative director for Turn 10 Studios. “With the addition of the NASCAR Expansion, ‘Forza 6’ now offers more than 600 Forzavista™ cars to collect, customize, and race. Players will be able to compete on tracks from around the world and across a huge variety of international motorsport disciplines. Bringing these kinds of automotive fantasies to life is what Forza Motorsport is all about.”