The campaign of DOOM was wonderful and brought joy to fans of the series, with unbelievable replay value and secrets to be found on every level – really something that could follow up to the original games. However the multiplayer seemed to fall behind quite a lot in comparison, and while it is fun and smart on some levels, the alternate mode for the game isn’t something to gloat about.

The month following the release of DOOM allowed the players of the game enough time to voice their opinions on the multiplayer, pointing out the serious flaws and giving gritty critique. The main points were that the multiplayer came without some pretty basic things that we’ve seen previously such as custom settings, map voting and private match setups and these were all used to help build the community we had back in the day to build competition. 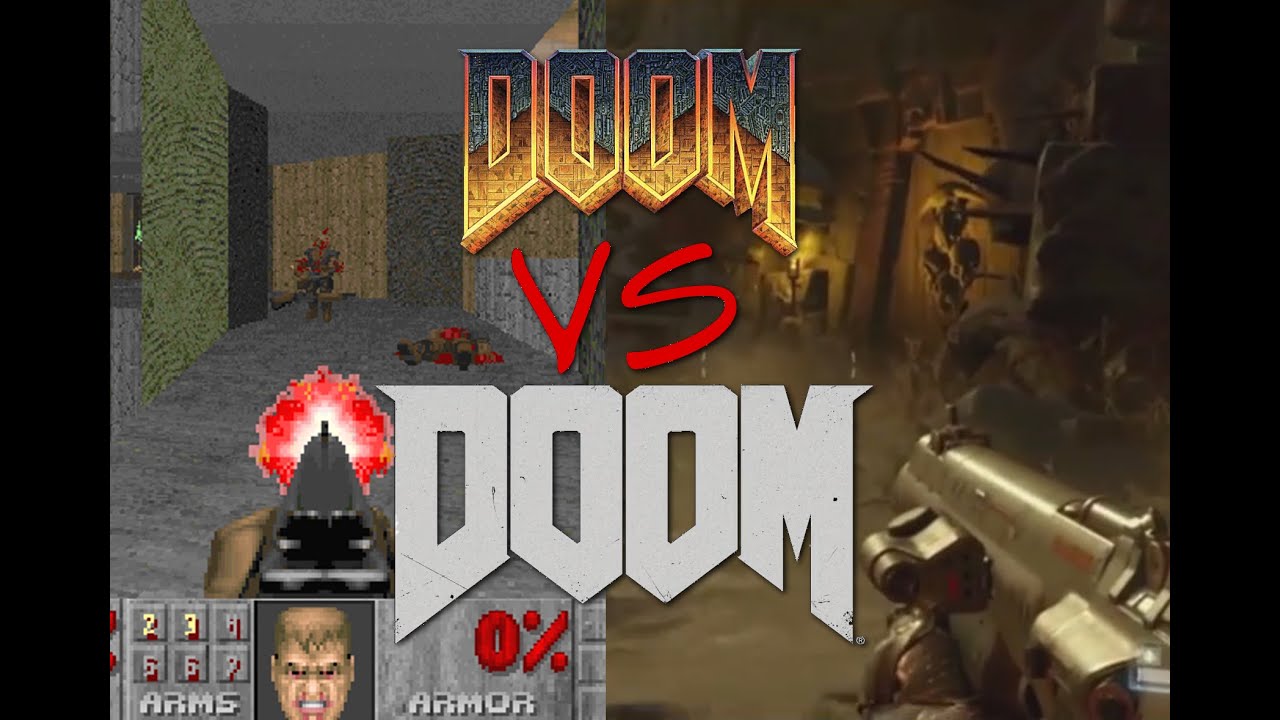 Graphical comparison between the original DOOM and the recently released reboot

Not to mention that the PC version of the game is so prone to cheaters, as online assisting services are available mentioning that because their cheats are “so good” you won’t be banned by using them, which isn’t something that developers should ever take lightly. Without being able to browse through matches and apply any filters, you’re basically very likely to find yourself running away from cheaters in most games, or to just leave them.

Another issue that PC gamers primarily mentioned, was that in the alpha testing phases, you could use special commands that actually allowed you to set up private matches, use custom settings and game modes, change maps, round limits, available items and weapon damages to name a few – but for whatever reason, they removed this? You could even add bots to your game, which is not something we see very frequently anymore.

Marty Stratton, DOOM’s executive producer and game director mentioned that, “there’s certainly no lack of commitment to Doom as a multiplayer game on our side … we are already working on private matches with custom game settings and expect to include that in a free update this summer.”, he also acknowledged that the alpha’s features were missing, mentioning that players weren’t meant to be initially able to access them, “There were a few developer tools discovered in the alpha that we knew we would need to improve before releasing to consumers and as mentioned, we are working on most of those updates now.”.

Later on in another update, there are expectations for bots to be added to the game, as John Dean, one of the long time senior programmers is writing the bot system to implement it into the game so you can use it on standard multiplayer modes and the newly featured SnapMap, however it’s likely to be rolled out in phases. This news is good for players and fans of the series who weren’t a huge lover of the multiplayer like myself.

Until then, let us know what your opinions are on this! Do you think that they should’ve left the alpha commands in and given them to console users too? We’d love to hear from you!