Loot Interactive is taking it back to the old school, and by that I mean the Mesozoic era, with JumpJet Rex, developed by TreeFortress Games. Sporting 16-bit graphics and chiptune music, JumpJet Rex is a 2D platformer that requires fast reflexes, quick movement, and a little exploring to complete its many levels. Challenging games with short levels and team leaderboards seem to be popular lately on Xbox One. Is JumpJet Rex your next addiction or should this retro-style game have stayed fossilized? Before you even start the game you can choose between regular adventure mode, rage quit rex mode or speed run mode. Rage quit mode tasks you with beating the game with only 3 lives and no checkpoints. Speed run mode is a more condensed version of the game where getting the fastest overall time is key. The story in JumpJet Rex is pretty silly and easy to grasp. Millions of years ago dinosaurs invented space travel; in a twist that nobody would have predicted, an asteroid is heading towards earth. There isn’t enough time to divert the asteroid’s path so it’s up to JumpJet Rex to destroy it. Standing in your way of the asteroid is over 40 levels and handful of boss fights. The levels are represented as small planets and Rex uses his spaceship to reach levels and get closer to the asteroid. You are free to take as long as you want, but earning three stars will require some skills. Simply reaching the level’s end will earn you one star, completing the level without dying earns another and finally beating the level under the time limit will earn the third star. Retrying levels and going for the stars is enjoyable because the levels are pretty concise. There are 132 stars to earn total and later levels will be locked until you have earned a minimum amount of stars. I never found myself really unable to progress because it was so enjoyable to try for 3 stars that I always had plenty of levels to choose from. While JumpJet Rex is a platformer, the game it reminds me of the most is Flappy Bird. There are many areas where you must continually jump with your hoverboots and avoid enemies or obstacles. In addition, Rex can dash long distances, rocket propel himself upwards and butt stomp downwards. Along the way you must fly through every large gold ring in the level, if you miss one or more you won’t be able to exit. Coins are collect as well and they can be used to buy different clothes, faces and accessories for Rex. If that isn’t enough there are also collectable items to find and often treasure in each level. Worldwide and friend leaderboards rank your performance based on speed for every level. I spent a lot of time retrying levels in hopes of passing my fellow reviewer friends and had a blast doing so. When you retry a level you race against a ghost of your best time which is helpful in gauging how the run is going. In games like this you really need to have pinpoint controls to navigate the tight corridors. Thankfully the controls in the game are very good and I don’t think I ever died a cheap death because of lag or any other input issue. Graphically the game has a 16-bit style, which means it looks most like a Sega Genesis or Super Nintendo game. The hand-drawn style looks great and runs smoothly; lots of colors and charm in the character designs. I didn’t notice any lag or framerate drops throughout the dozens of levels I played. Everything loaded quickly whether it is a first time playing or a retry, making it very quick to get into the action. There is a lot of variety when it comes to music in each level, the chiptune sounds fit will with the game’s retro style.

I was pleasantly surprised by the amount of couch co-op content in the game. Every stage can be played with a friend, sharing the same screen. Both of you have to work together because if one falls behind you won’t be able to proceed past a certain distance. Race mode is played in split screen and it pits you against a friend to see who can finish the level fastest. Both of these modes were fun to play as but I preferred race mode since its more competitive. There is also some player versus player modes like deathmatch and capture the cookie but they were my least favorite. Before anyone asks, no there is no online co-op or PvP. JumpJet Rex completely caught me off guard with how well it controlled and how much I liked replaying its levels. The action never felt repetitive thanks to the unique environments and fast pace. The co-op modes add more replay value and are a welcome addition to the game. If you are into games that have a speed running aspect to them, or enjoy climbing leaderboards then I think you will like a lot of what JumpJet Rex has to offer.

+ Addicting levels and leaderboards kept me coming back

+ Lots of catchy music in the game’s soundtrack

–  Purchasable items are for cosmetic purposes only 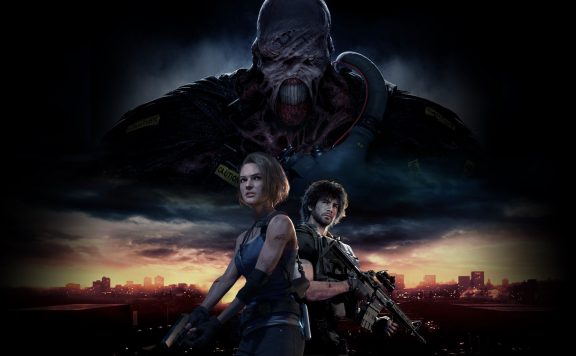 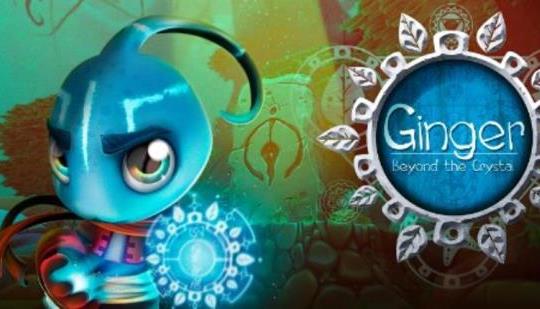 Ginger: Beyond the Crystal Review (Xbox One)
November 7, 2016