With newer consoles on their way very soon and the prospect of 4K gaming being a more definite reality, I’ve had a thought that perhaps this is the wrong direction for consoles as the market for 4K TV’s is still very niche. There are gamers who play competitively and gamers who play primarily for fun, and that’s the percentile that creators of these new televisions are trying to branch out to because there are expectations that they’ll be used for watching TV alongside other uses like gaming.

It goes without saying that everybody wants one because the appeal is there, obviously. The higher resolution you get with the monitor or television will mean much sharper and detailed graphics. This comes with more pixels which can sometimes cause some issues, especially with the older generations of games, not to mention that 4K monitors can be incredibly costly, especially when they were initially released at retail prices of over $1,000 with on arguably par results to an Ultra HD quality monitor. However with prices lowering since the release because of these issues, they still don’t seem to stand out to me as worthy of prices higher than $300.

One of the DiRT games on two Asus monitors

The usual 1080p HD display that we usually see today contains 2,073,600 pixels and 4K is 8,294,400, which is around 4 times as many pixels as we’re used to. And this should theoretically result in a better picture being shown, which is the reality here, you’ll definitely see an improvement. But there’s only so much that the human eye can see, and any details that are too fine can’t be appreciated, especially if you’re getting a bit older and your eyesight is deteriorating or you’re a gamer with 20/20 vision. The general consensus is that a person with such vision won’t see any benefit of a 4K monitor unless they’re around 6 to 7 feet away, and the full effects won’t be noticed unless they’re 5 feet away.

4K gaming isn’t without its positives though, and while it is incredibly costly and some games still face issues it is incredible. I’ve been fortunate enough to sell 4K televisions and monitors, during which we used various means of testing them out and showing them to the customers – sometimes using consoles. Today’s monitors and televisions are incredible and making the choice of moving over to them now would benefit you, showing immediately noticeable results, but you’d quickly see that your choice of monitor would become outdated soon after with everybody trying to make the same leap. 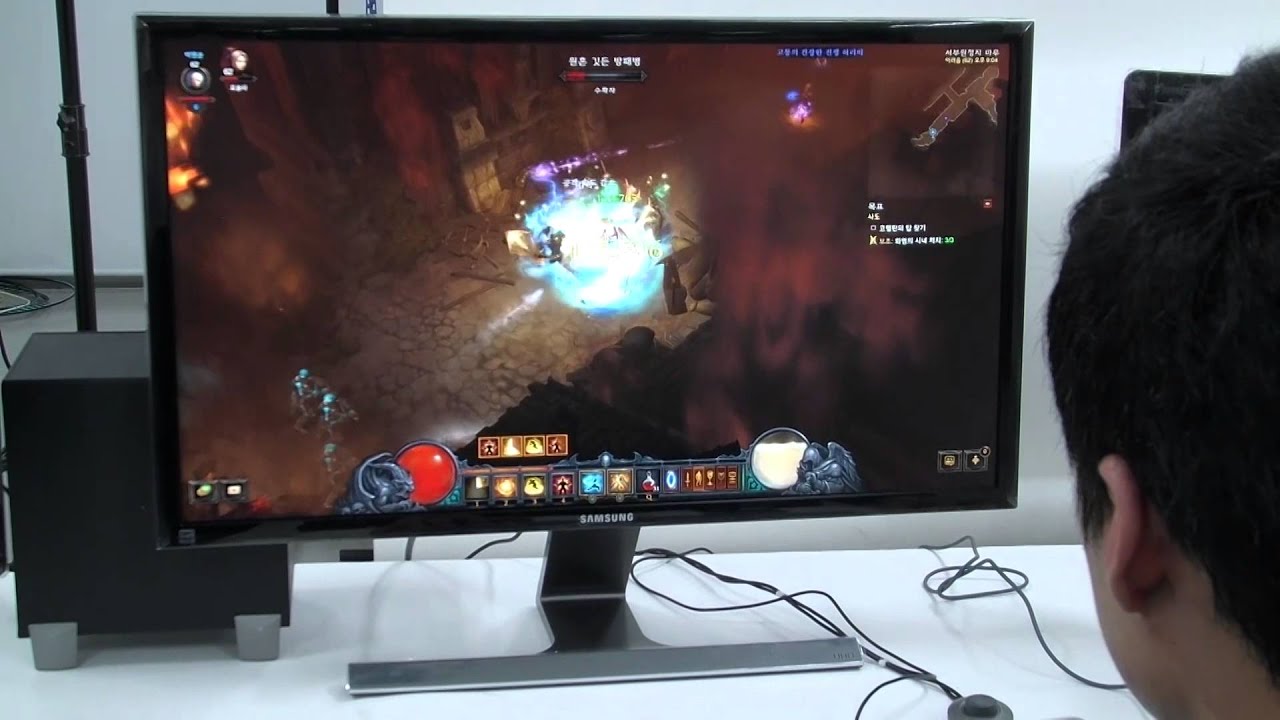 Diablo 3 has been said to be ‘brilliant on 4K monitors’

So, why is the move to gaming on 4K so ridiculous? Because we don’t really need it. Not to mention that if you really want to play in 4K you’re going to have to spend more money than necessary, especially if you’re not a console gamer and have preference to a PC which would require an upgraded GPU and power supply than you get in regular builds that come with poor performing integrated graphic chipsets. Console users are a bit better off though, as the companies providing the consoles will have to try and meet criteria that allows games to perform well.

If you’re a casual gamer too, then you’re not really going to want to go out and get a 60-inch 4K television that you’ll rarely use to play games on either. You’ll also never see an 84-inch television being mainstream because of the size. Competitive gamers? Sure, go ahead. Home theatre enthusiasts? Why not? Father of 3 with a full-time job and little time to play games? Probably not. Everyone will have different room sizes, but thinking of it from a financial side, not everybody is going to want to spend their hard earned money on a 4K compatible viewing device, especially if you have other priorities, so making it one of the main selling points for consoles is ridiculous if you ask me. Nvidia is a popular graphics card manufacturer amongst PC gamers

My personal opinion is that 4K is a great idea, but not one that we’ve thought of enough to push it further. In the future, sure but now? No. Ultra HD is great, and if you’re using a huge screen, you’re hardly going to be sat so close that you’re seeing any visible differences. I won’t be upgrading to 4K for a few more years, until the prices have gone down further at least. But we’d like to hear your opinion on the matter, do you think that 4K is a good step in the right direction? Perhaps you’ve used it and don’t like it? Let us know down below in the comments!

A PS4K With Enhanced Graphical Power – Worth The Controversy?
March 27, 2016