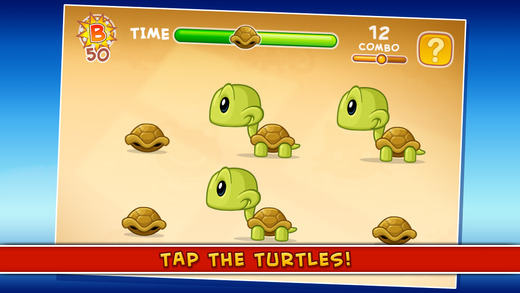 For a long time now, and specifically about as long as the Internet has supported gaming, people have been drawn to mini-games. There’s not an exact definition for what constitutes a mini-game, but generally speaking it’s a quick, small bit of entertainment either within a larger game or as part of a package of several smaller games. People tend to like them because they can be enjoyed easily and efficiently, and often they offer up something unique in comparison to a larger game or genre.

If you do a search for mini-games online, the first thing that will come up is a collection of arcade games from Miniclip, which has long been known for short, fun entertainment. Some games are longer and larger than others, so the site isn’t exclusively for mini-games in the traditional sense. However, it has been among the online platforms pushing to concept of simplified gaming for years now, and a few of their more popular titles have even taken hold on other formats. For instance, Agar.io, a simple but inventive game in which you basically guide a blob trying to make it bigger by consuming other players’ blobs, has become a popular iOS and Android title.

You can also find some more traditional mini-games in specific categories of online gaming, such as the casino genre. At the jackpots page for Gala Bingo, there’s a display about players’ option to enjoy over 70 different mini-games within bingo rooms. This is something gaming sites occasionally do as a means of beefing up their content, fully aware that some gamers might otherwise grow tired of repetitive games of bingo or other casino activities. Mini-games at these sites vary greatly, and they can include anything from some kind of arcade target practice to betting on a soccer player to hit a penalty kick.

And where mobile games are concerned, there are all kinds of different titles that include collections of mini-games. One of the most prominent ones in the last year or so was The Guides, a curious puzzle app described by an App Unwrapper review as a mixed bag of 50 levels, which are unrelated to one another. It’s a series of puzzles so different in nature and visual style that they feel like 50 independent mini-puzzles within a single app. Another example that perhaps exemplifies the idea of mini-games in a more traditional manner is Turtles, Huh? This app involves one main game (guiding a gliding turtle as far as you can) and eight independent mini-games that you can play in order to improve your abilities in the main game.

Given all these examples from across different channels and genres of online gaming, it’s clear that people still enjoy the concept of mini-games. But could we actually see them spread to the very newest and most advanced form of gaming out there? Most of the early discussion about titles for virtual reality headsets has revolved around fairly ambitious concepts akin to major console games. However, one of the earliest gaming packages for HTC Vive (one of the leading VR devices at this stage) is a collection of mini-games designed by Valve. The package was discussed in an article at IGN and referred to as “a series of experiments for entry-level VR users,” which seems to be a pretty sensible concept.

Given people’s comfort and familiarity with mini-games, as well as VR devices’ capability to embrace downloaded content (through Steam, app stores, etc.), mini-games might be a natural entry point for a lot of gamers. That doesn’t mean they’ll ultimately win out over the bigger and more ambitious titles mentioned previously, but as the VR industry continues to develop throughout 2016, we could see mini-games dominate the early days. There’s a very real learning curve to VR, and this appears to be a rare instance in which simplicity may be best for game developers.

Why We Should All Be Watching Apple’s AR Moves Closely
May 4, 2020
Reasons Why You Need a Reliable Software to Protect Your Computer
April 14, 2021
Learning Apps to Avoid Summer Fall
July 21, 2020
Best slots based on video games
May 5, 2021
Coin-Based Games Help to Teach About Money and Math.
May 3, 2020