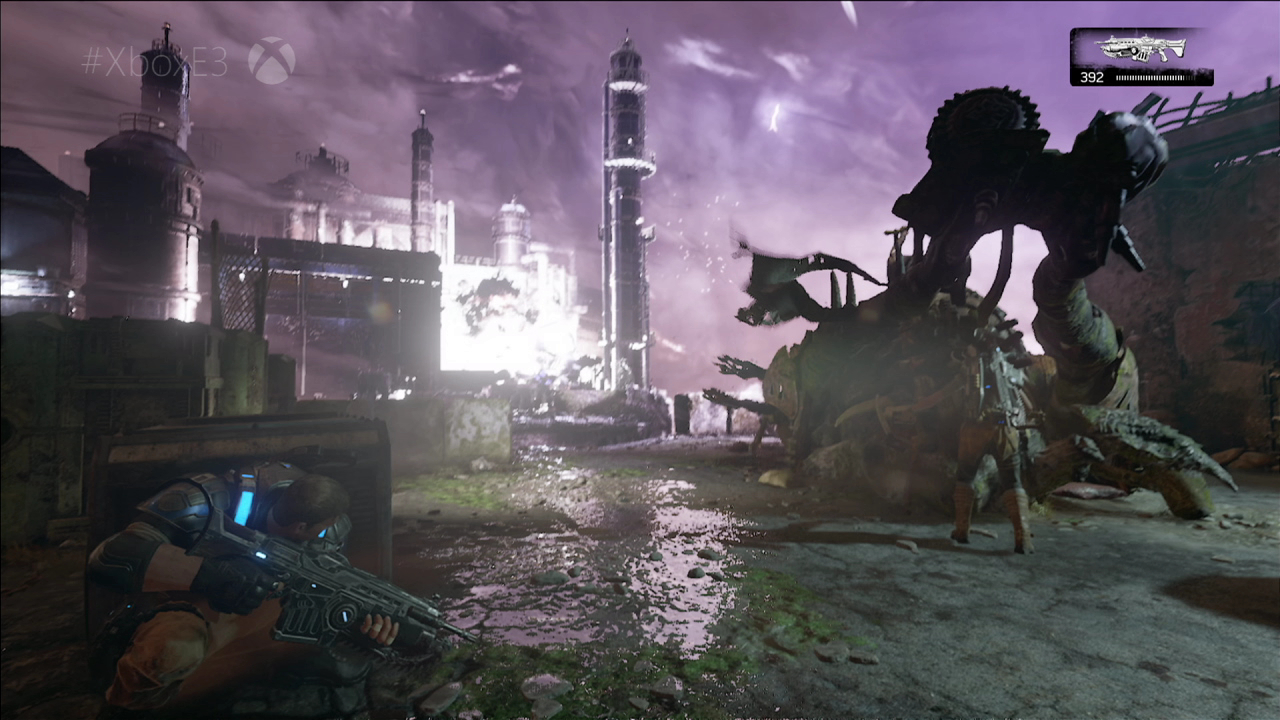 I fully recommend reading the full Digital Foundry tech interview for Gears of War 4 because there’s a lot of interesting and intriguing details to be found in the full interview which can be read here but one section of this that caught my eye was how the author John Linneman described seeing Gears of War 4 in two different forms; a 4K PC version of the game and then the version running on the Xbox One S.

As striking as the E3 stage demo was, it’s the 25-minute demonstration shown off later that impressed us the most. The game’s co-op mode was demonstrated using both the Xbox One and PC versions of the game thanks to the Xbox Play Anywhere initiative. The PC was connected to a massive 98-inch 4K LCD display with the game operating at this extremely high resolution and it looked great. Next to this, however, was an Xbox One S connected to a 65″ HDR-capable LG OLED display. Despite the higher resolution on PC, the strength of HDR combined with the remarkable performance of the OLED display resulted in a breathtaking presentation. We had our doubts about HDR displays but, after the demo, we immediately started price-checking HDR-capable OLED TVs. It was that impressive.

The thing I immediately took away from this is that the 4K PC version looked great and the Xbox One S version with HDR resulted in a breathtaking presentation and as someone that has just recently upgraded to a 4K HDR TV I must say I was very glad to read through the interview and hear the improvements that HDR brings.