5) Destroy All Humans: Path of the Furon 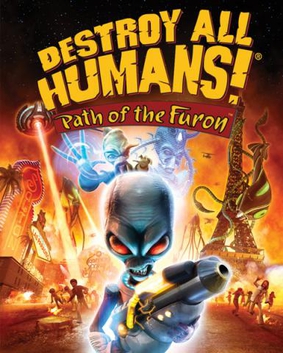 Destroy All Humans! was a game that me and my best friend loved to death as teenagers. We loved aliens, and so a game that lets you play as an alien invading Earth, disintegrating humans, blowing up houses and doing all other manner of things that Krypto could do was the best game in the world to us. Destroy All Humans: Path of the Furon isn’t a bad game, it’s just that it, in my opinion, it was trying to be a GTA clone, with a lick of Alien paint. The humour, due to the fact that it really hasn’t changed much since the first game, has grown rather stale, and so instead we ended up laughing at it rather than with it. It’s still an enjoyable game for a few mindless minutes of fun, but don’t expect anything more than that.

This entry on the list may cause some backlash. Even though the majority of 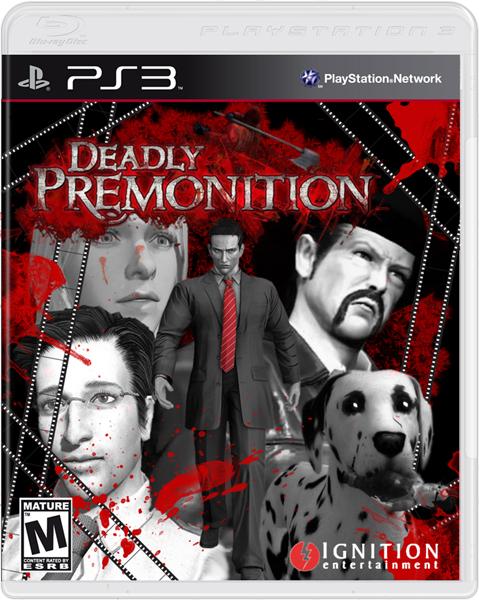 The inspiration from games such as Resident Evil, Silent Hill, Heavy Rain and Alan Wake are very obvious, as is an apparent obsession with the hit ‘90s TV series Twin Peaks. In my opinion, all of these works are brilliant, and mashing them up can only create something truly amazing. In the case of Deadly Premonition, however, it fails; and it fails so hard that it makes you wonder if it was done on purpose. Maybe that’s a part of its charm? The game is enjoyable, but it’s not a good game. It’s something that you want to keep coming back to, to progress along its overly-abstract storyline, just because you want to see what they could possibly throw at you next.

As I’ve previously mentioned, this game has divided fans and critics alike. IGN gave the game a 2/10, whereas Destructoid awarded it a perfect 10. For all the bizarre weirdness, and an obvious attempt at some form of artsy abstraction, I actually think this game is worth playing. You’ll laugh at the bad animation; the awkward dialogue, and you’ll get angry at the clunky mechanics of the shooting and driving, but the story is honestly something that will keep you entertained, no matter how bizarre it really is. 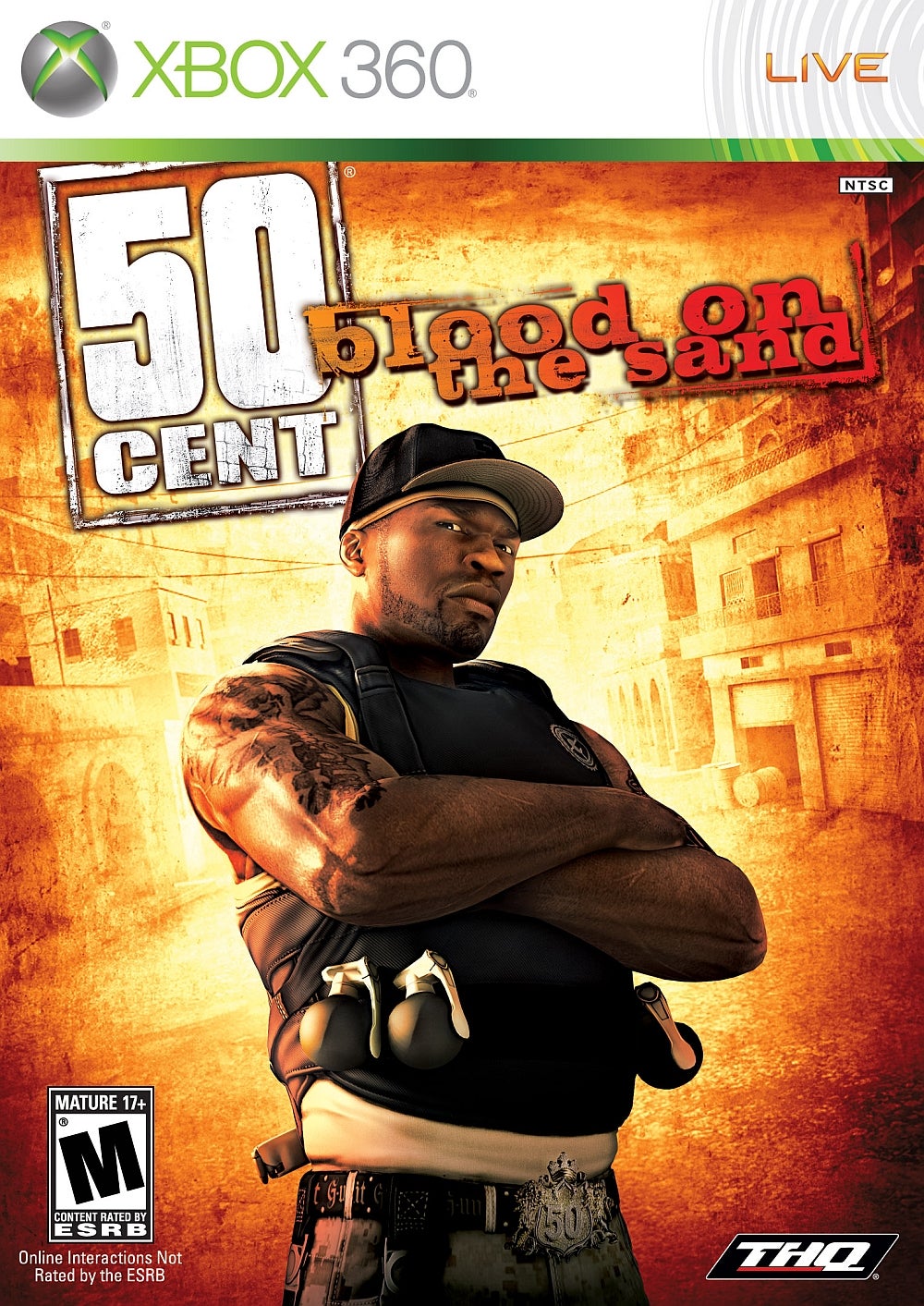 I can’t even picture how on Earth this was pitched to THQ, much less why they decided to greenlight it, especially after its predecessor wasn’t exactly mind-blowing either; but they did and so here we are.

The story of this game follows 50 Cent, the famous, (now) broke rapper, as he travels out to the Middle-East to kill terrorists. Yep, this is actually a thing.

To be fair, though, the shooting in the game is actually not too bad. The game features a bullet time-esque feature called ‘Gangsta Fire’ which can actually result in some fun shootout segments.

50 Cent also recorded some tracks exclusively for the game. His music isn’t my type of thing, but I’m sure the type of people who would buy this game do listen to his work.

Other than the shooting and music tracks, there’s nothing else about this game I can talk positively of. I would call this game a guilty pleasure.

This one is just downright laughable. People give Ubisoft a hard time for

releasing buggy, broken games, but this is so much worse.

Big Rigs is a truck racing game. The aim of the game, according to the box art, is to race to a Big Rig in order to deliver some form of illegal cargo, whilst avoiding the police. Now, I’m no expert of game design, but I’m pretty sure this game should’ve included this if that’s what’s advertised on the box. What is in the game, however, is a poorly- coded, ugly, barely functional piece of trash. Collision detection doesn’t exist in this game, nor do consistent physics; you can literally fall through the ground at any moment, you’re able to win races by reversing and then accelerating back across the finish line, and some tracks don’t even work! Yet, despite all of this, it’s so fun to laugh at with a few friends. Copies of the game now go for a lot on auction sites, so if you have one you could make some money there from serious collectors.

Assassin’s Creed Unity isn’t looking so bad now, is it? 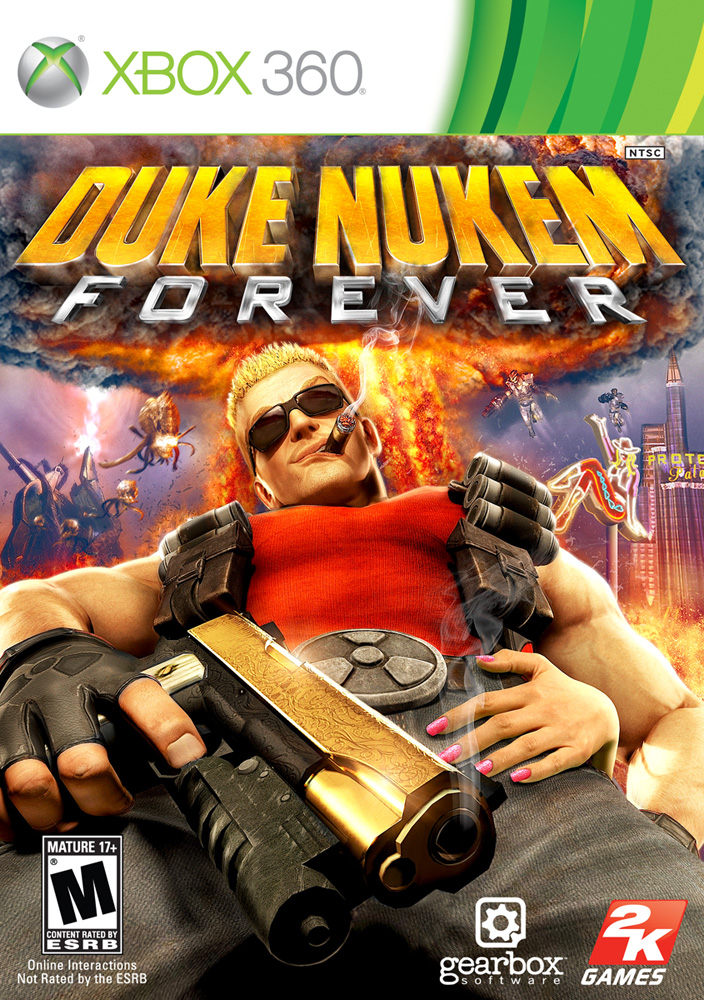 A common phrase we hear from gamers is that if a game is delayed then it can only result in an even better game. For the most part, this is true. Delays happen so that a developer doesn’t have to compromise on their vision for the game. Therefore, using this logic, a game that has been in development for 15 years, and seen countless delays across the decade and a half it took to make, should be one of the most well-refined, solid, polished and perfected games ever made, right? Eh, no. After 15 years of development, Gearbox, the studio also responsible for Borderlands and the recently released Battleborn, finally finished and released Duke Nukem Forever. In the words of Kenji Inafune, ‘it’s better than nothing.’

Duke Nukem Forever was plagued by many problems; clunky controls, long loading screens, generic locations and humour which felt like it belonged in the ‘90s with the early episodes of South Park. I’m not saying that toilet humour and sex jokes can’t be funny, but when they’re the only forms of jokes in the entire game, that’s when we start laughing at Duke Nukem Forever.