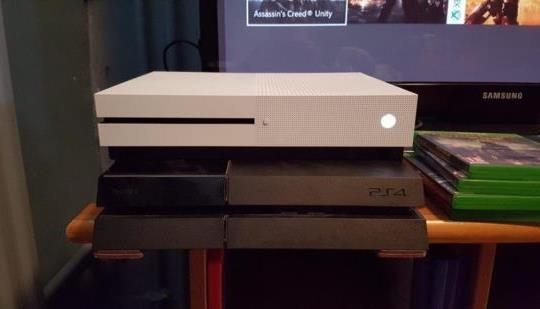 The Xbox One S is being released tomorrow but those who have gotten it early have started posting pictures and size dimensions of the console. What comes as a surprise is that despite the fact Microsoft was able to make the Xbox One S a lot smaller it still is bigger than the launch PS4 that came out 3 years ago. You can find the exact size dimensions for both below:

As you can see the Xbox One S is still wider and taller than the PS4. The only area is it smaller is depth. Overall PS4 still comes out being smaller. This is a testament to just how good of engineers Sony has that their 3 year old console is still smaller than the Slim Xbox One. Pictures of the two can be deceptive and make the Xbox One S look smaller but the actual dimensions say otherwise. Regardless Microsoft deserves credit for getting it a lot smaller and getting rid of the power brick.

Are you planning on getting an Xbox One S? Tell us in the comments below.