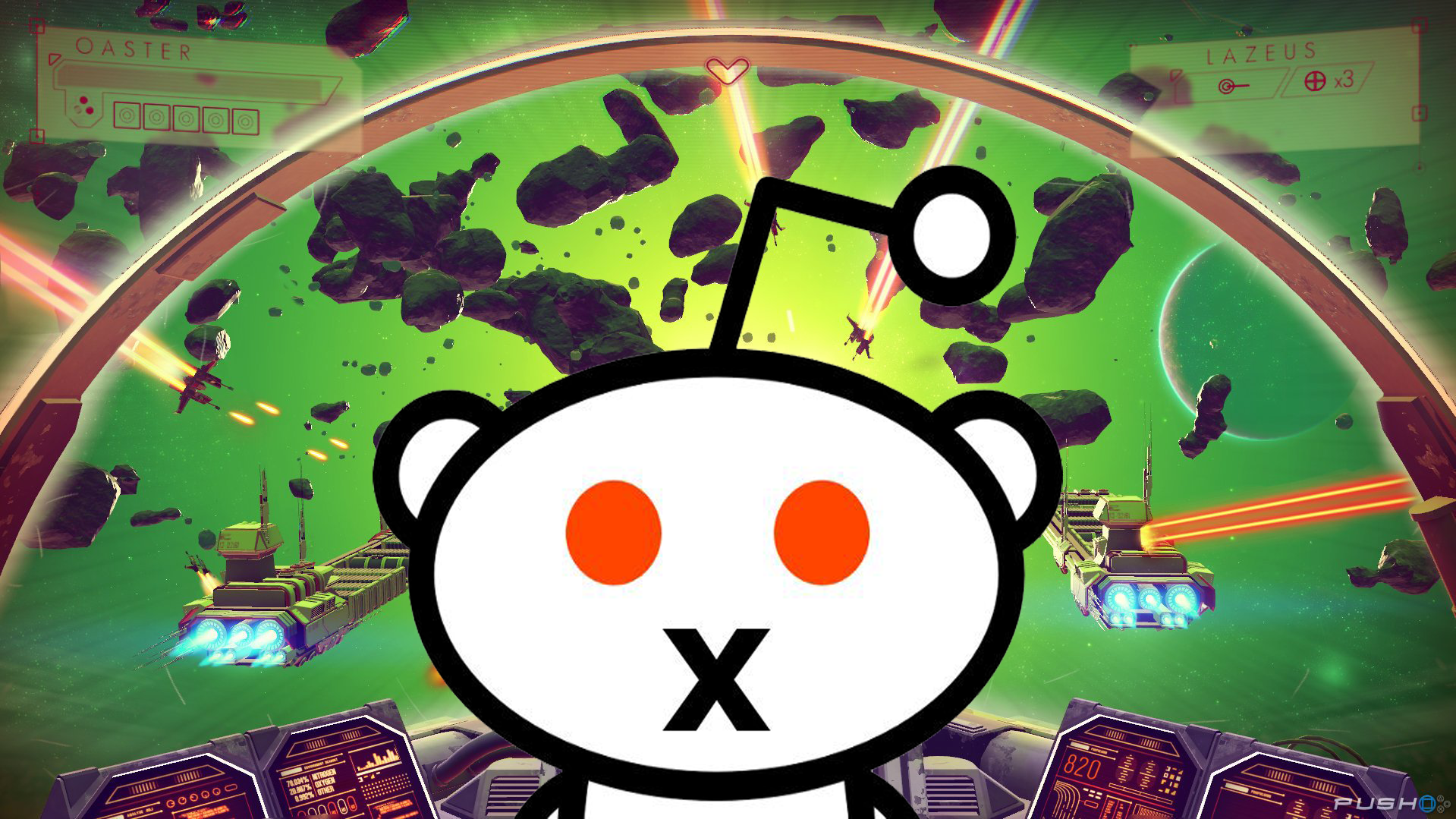 We recommend you visit our previous No Man’s Sky articles from today and yesterday if you’re not caught up on the whole situation. It would appear now though that the subreddit mods might be censoring criticism, that’s at least according to one Redditor by the name AintFoolingAyone

Mods: I want you guys to be consistent with the rules and transparant. If you delete this post, I will take it to /r/pcgaming, /r/ps4, /r/gaming, /r/games, /r/pcmastrerrace and /r/KotakuInAction. I have a copy of it saved on archive.is.

This post is the definition of what Rule 9 states that is forbidden. Namely:

We do not allow bullying, name calling, or otherwise hostile behavior towards anyone. We expect a level of maturity from all users. You are encouraged to report these sorts of actions to the mods.

Not only did this post receive gold; the user was not banned, the post was not deleted, the post got locked so everyone can still read it and the message can still be delivered without receiving criticism from others.

The amount of downvotes for those critical of OP are irrationally high. Seeing as the previous unethical behavior of the mods of this sub, I am confident that this too is another ploy by them.

The title of that post is an insult (name calling per your rule) towards the users of this sub. On top of that, the whole rant revolves around bullying and being hostile towards those who are critical of the mods. As can be seen by the comments, it didn’t provide anything constructive.

Weirdly enough, this post is the only post in a long time that got awarded gold by someone. There were and still aretons of posts that defend the game, the company and Sean, yet they hardly ever receive gold, but the one post that defends the mods mysteriously received gold. I have a hard time believing a random fan would be willing to award someone with gold for defending the mods, while not doing so for the tons of comments and posts that defend the game, the company or Sean. Heck, there are even tons of comments and posts that are critical of the haters, the leaks, etc., some of which are constructive and well-written, but those hardly ever receive gold. Yet mysteriously, this particular post got gold within the very short amount of time it existed with such low amount of comments. It’s not about the monetary value of the gold, because gold is worthless. It’s about the message a gold label sends towards people.

There’s absolutely 0 reason to ever lock a thread like that instead of deleting it. There are tons of posts filled with shitposting, rude and nonconstructive comments, etc. These threads are either left alone, or swiftly deleted, never locked. Especially if you report them. This is pretty much the only thread I’ve encountered that’s specifically locked. This is done so people can still read it, but not participate in it. Ergo: the message that defends the mods is still present, but you can’t criticize it.

Most importantly: I’m pretty sure the OP of that post, namely /u/CSLinksys is an alt of one of the mods. Look at their profile. They hardly ever post on reddit at all and that which they’ve ever posted on this subreddit is in order to defend the mods (or the game). They’ve even made a post over at the circlejerk sub in which they ridicule people who criticize the mods.

Don’t believe me? Here’s a year-old post by them on this sub. What’s it about? Well, defending the mods of course!Interestingly enough the post and all the comments are deleted. How do I know it’s their post? Because they also post a lot on another page with the same name. In this post they refer to their own post.

In conclusion:* we have someone who hardly ever posts, and when they do they do so in order to defend the mods and then later on delete any traces of doing so. Said person makes a new post in which they defend the mods. This post breaks rule 9 for multiple reasons. It quickly gets locked down (within 10 comments), instead of deleted. It also receives gold. Anyone critical of the OP gets downvoted by insane amounts, higher than most other insanely bad comments in this sub.

The mods are digging deeper and deeper. You better come clean.

Five Reasons Why Xbox Game Pass Could Be A Failure
February 28, 2017
Video Games Could Become the Largest Entertainment Business
October 14, 2021