In today’s world we have all kinds of genres of video games to choose from and this creates diversity which makes not all games alike, and while a game may sell well and be critically acclaimed there will be those games that people will either love or hate.

Here is 5 video games you either love or hate. Although the Assassin Creed series tends to sell millions of copies and does well in review scores there are some people that just plain out hate the series. Some used to like it before it became an annual release and some never liked the series from day one. Unity was a major blow to the series and drew away lots of people after it was released. This can be shown in Syndicate’s sales and the fact that Assassin’s Creed is taking a break and a new game will not be released this year. The Halo series is Microsoft’s knight in shining armor and has done well financially and critically since it’s original 2001 release. However this series gets its fair share of hate especially from Playstation players. The series has also hit a patch in the road ever since Bungie and Microsoft departed ways after Halo Reach’s release. While Bungie went on to new things, Microsoft created 343 Industries as the new Halo developers and they went on to make Halo 4 and Halo 5: Guardians. After Halo 4’s release much of the Halo community despised the game and gave up on the series. Halo 5 came out 3 years later with lower than usual sales, still high sales but not as high as previous installments. To many Halo hasn’t evolved like it should have and many believe the series should have ended after Halo: Reach. The Destiny series is fairly new to the gaming table being released only 2 years ago and there is only one game in the series so far. However there is a huge amount of love and hate for the game. Destiny was created by Bungie and it’s the first project they have done solo since departing from Microsoft. When Destiny was announced there was tons of hype for the game and it sold very well on release. Things seemed to be going well until players were underwhelmed with the amount of content in the game. Many felt that it was too much of a rinse and repeat title requiring players to do the same thing over and over again as the base game was very very short. This turned a lot of players off and they began to hate the series. To make things worse the two announced dlc packs were also very short and when the were released, the backlash from players was very high. Destiny seemed to be dead until another dlc pack was announced. However this pack now known as “The Taken King” was a huge expansion set to fix all of the games problems and give players what they wanted. It worked. The Taken King sold well and was critically acclaimed by fans of the series and is considered as what saved Destiny. To make things better another expansion was just announced known as “Rise of Iron” and appears to be similar to The Taken King. Although many day one players still hate Destiny, there is still tons of love left for it. Destiny isn’t going anywhere anytime soon. You probably saw this one coming but Call of Duty tends to be a series that 50% of gamers hate and 50% of gamers love. The series launches a new game every year and sells millions of copies and is usually one of the top selling games every single year. Many people enjoy the military style shooting game with other weird quirks such as the newly added exo jumping. There are also those who never liked Call of Duty either because they don’t enjoy it’s style of game or they prefer the Battlefield series. However lately the series as taken a tumble. The newest addition of the series known as “Infinite Warfare” received tons of hate when it was announced. This is due to several factors including the exo suits still being apart of the game, the space futuristic setting, and the Call of Duty 4’s remaster only being included if you purchase the $80 version of the game. The hate was so bad the trailer has 3 million dislikes on YouTube. Many wish the series would return to it’s roots and many want the series to take a long break to figure out what it is anymore.

Pokemon is a series both loved and hated by many around the world and is a staple in Nintendo’s first party lineup of video games. Many children and adults love the game for it’s creative gameplay and art style while many hate the game and see it as pointless and a waste of time. The most recent entry Pokemon Go has had huge success in bringing in new and old players into the game. The Pokemon series has been around for a long time and tends to sell very well when new games are released but there are still some who just don’t like the series at all.

0 0
Previous ArticleGames Will Perform Slightly Better on Xbox One S Hardware Due to Small GPU BoostNext ArticleWhat Is Crytek Up To? 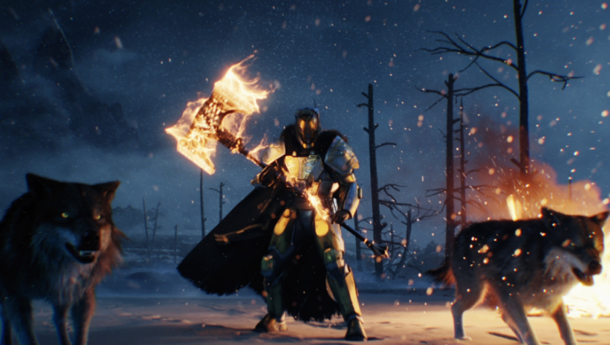