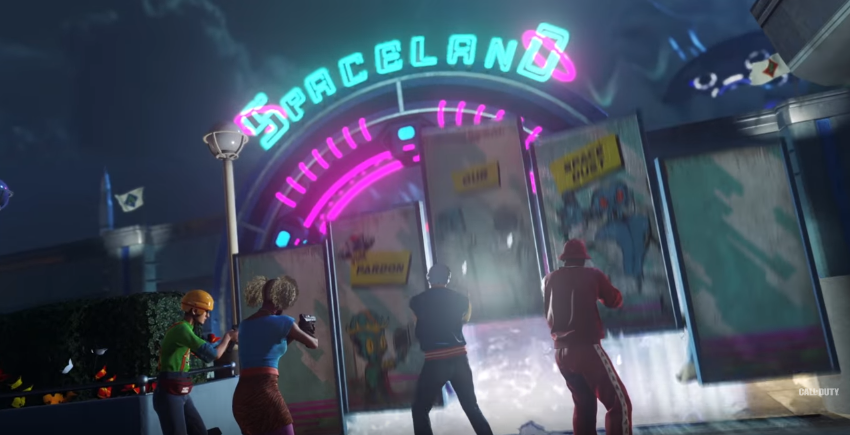 Treyarch is no longer the exclusive developer of the beloved Zombies co-op mode. We found that out with 2014’s Advanced Warfare when developer Sledgehammer Games released Exo Zombies and now Infinity Ward have their own Zombies mode and although very little has been revealed so far, a new trailer was released at Gamescom today.

Prepare for the roller coaster thrill-ride of your life through the gnarly amusement park of Zombies in Spaceland. Play as one of four classic 1980s archetypes in a radical, action-packed journey with an all-new ‘80s setting and a most excellent soundtrack from the era.

Featuring the voice acting talents of some of the biggest stars from the ’80s, including David Hasselhoff and Paul Reubens (Pee-Wee Herman), “Zombies in Spaceland” is the newest, survival-themed co-op mode that Call of Duty players will get to explore this fall.

As per the press release from Activision, the mode follows four aspiring actors who are invited by a reclusive director to an abandoned movie theater for an audition. When they arrive, they learn that the director has plans to drop them directly into the world of his new movie and they must fight their way through the film to survive. There are specific character types for players to choose from, including the jock, the valley girl, the rapper and the nerd.

Anyone else seeing a similarity to Sunset Overdrive?