Titanfall 2 has had some less than favourable first reviews of the beta, and it’s angered quite a few gamers. Some have embraced it a brilliant sequel, including everything they wanted to be included after the first but others have claimed the beta is less than that, and in more ways a step back from the initial release.

From my brief playthrough of the beta, it’s not very good but it’s not too bad either. It’s not marginally better than the first but I’m basing this off a very limited amount of gameplay and I’m sure that once the actual game comes out, it’ll have a lot more features than we’ve been shown. And this doesn’t make me wonder why the beta test has been controversial for some because it really determines who is playing it between hardcore players and casual gamers. I’m a casual gamer and I enjoyed it somewhat. 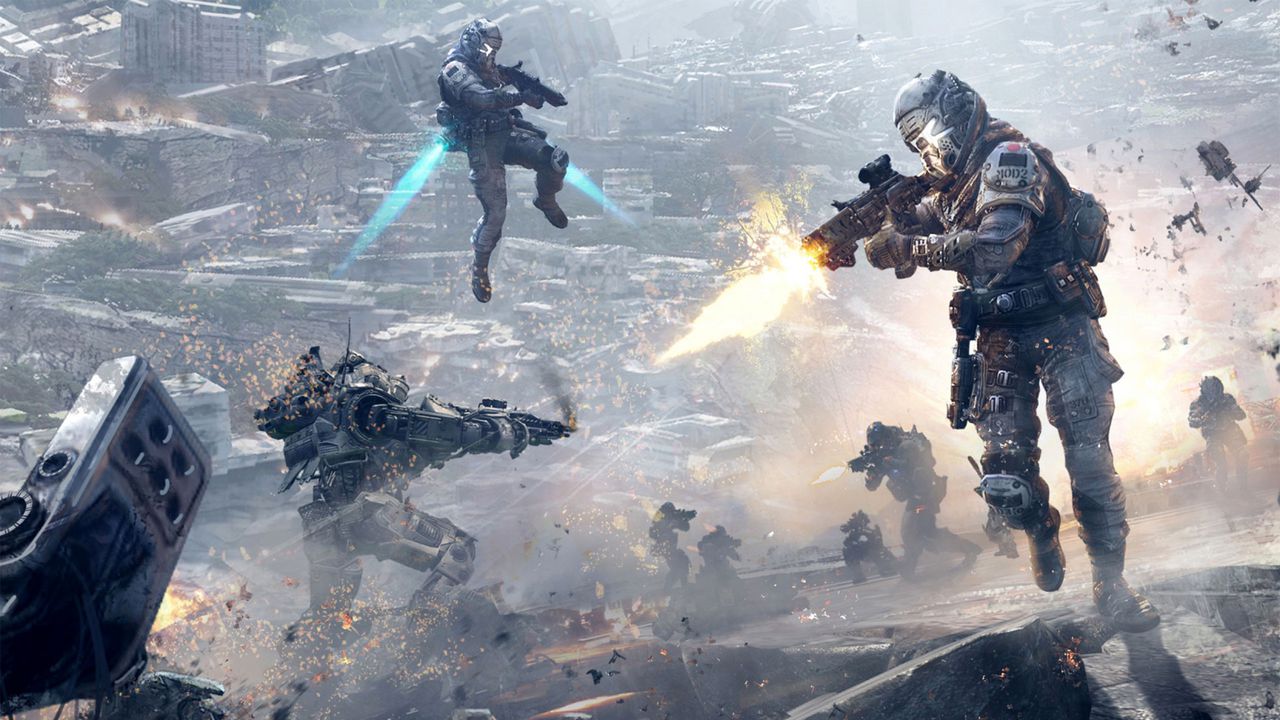 Titanfall 2, showing Titans and players fighting with guns and jetpacks

Right off the bat, let me say that it was fun. And the first game was fun, and even if the game is to change drastically during it’s release and now it’ll probably still be a very fun game because it’s one of a kind and the whole mechanical suit, fighting robots thing is just fun to do. The beta test showed that it was fun and could be done again and this time around it’s gonna be a lot different from the original. There will be the standard player-versus-player modes and while initially it might not be super fun for casual gamers, all it takes is a bit of getting used to.

Furthermore it’s a challenging game that puts you on your toes while playing, which amps you up for very satisfying firefights and gameplay. You’ll be dodging a barrage of bullets while utilising your grappling hook and it’s fun as hell, even if when you land on the floor you’re facing a Titan with a gun to your head. The beta is thrilling, but is that really enough?

Possibly the biggest downside I’ve seen so far is that the Titan timers really screw with the game’s balance. If one team happens to be dominating, they’ll get their mechs a lot sooner from what I’ve seen, pushing the scales even further in their favour – is this really necessary? Reward the players sure but don’t reward them to the extent where it’ll make it less of a fun experience for those losing.

Additionally, you have to choose between using a sidearm and your anti-Titan gun. Now this is just pointless; especially if you know what I’m talking about. The pistol was really cool from the first game, and every pilot had their own primary weapon as well as their sidearm and an anti-Titan heavy weapon but now? You have to choose between a heavy weapon and a sidearm. This makes it even harder as a casual player to have fun, and I see no improvement for Titanfall with regards to this.

And the worst thing? The maps are just so plain. They’re not as fun as before, and the ones I’ve played aren’t really as designed as previously. It feels sluggish as you run around, and I saw Titanfall as this huge game with brilliant maps but Titanfall 2 falls short on this. Hopefully the maps will improve in the future but honestly, I’m not too impressed.

All in all, I do have high hopes for Titanfall 2 and I feel that these expectations of being a brilliant game aren’t too high at all. Shouldn’t every game that comes out be – to the developers – a 10/10 game? I think Respawn need to take the comments to heart and work on it a hell of a lot more before doing a No Man’s Sky and having a hyped game fall to shit. We’re in a time where gaming is a pretty usual and common thing and casual gaming is more of a reality so work with us Respawn. Make the game better than the first and then some.

So, for those who have played the beta – what do you think of it? Do you think it was fun? Let us know about your opinions of the maps, perhaps you disagree with my comments? Be sure to make yourself heard down below!

0 0
Previous ArticleTelltale Will Reveal “Exciting Details” on The Walking Dead Season 3, Batman Episode 2 at PAX WestNext ArticleHas Sony Been Backed Into A Corner By NX And Scorpio?