2K today announced their first virtual reality offering, Carnival Games VR, will be available worldwide for digital download for £15.99 on October 28, 2016 for HTC Vive and PlayStation VR; and later this year for Oculus Rift. Based on the popular Carnival Games franchise created by Cat Daddy Games, players will have the chance to explore the park, interact with patrons and play up to 12 different game modes, including: 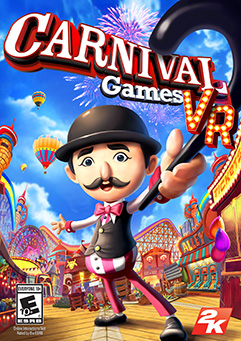 The game sold over 5 million copies when it released on the Nintendo Wii and it’s little surprise 2K have decided to bring it to VR; after all, it seems like a perfect fit. Carnival Games VR marks 2K’s first VR release and it could be the first of many to come. 2K has a rich library of games and it looks like they’re jumping in on the VR train.