Sony finally showed off the PS4 Pro at their PlayStation Meeting earlier this week and although the reception hasn’t been that good for the new console from Sony, there might be a silver lining in all of this – at least, a silver lining for Microsoft. After all, allowing Sony to go first with the “4K” console allows Microsoft to observe what marketing strategies work and, more importantly, what doesn’t work. In that case, here are 5 lessons Microsoft should learn from Sony’s disappointing reveal of the PS4 Pro.

One of the most perplexing things from the PlayStation meeting was the decision to have such a lengthy demo of HDR and other technical aspects of the PS4 Pro. Sony must’ve known that the vast majority of consumers watching the live stream wouldn’t be doing so on a 4K/HDR monitor. And yet, they went ahead with the whole “HDR off/HDR on” type of demo that doesn’t resonate at all with the audience at home because there’s zero noticeable difference from a typical monitor. The problem with this approach is that it was, to put frankly, boring. When Microsoft next takes the big stage to demo some Scorpio features/gameplay, they need to repeat what they did at E3; that is, keep it simple. People at home don’t want to be lectured for a long period of time, just show off the games and let that do the talking.

Something that Sony’s PS4 Pro reveal was short on was the specifics of the new hardware. Sure, we heard plenty of buzzwords such as “4K” and “Anti-aliasing” etc. but Sony’s reveal was short on specifics. When Microsoft reveal the Scorpio machine, they need to really drive home the specifics in the specs of the machine. For example, Sony’s reveal was massively let down by the fact they were timid about the specs and didn’t mention any specific specs, despite the fact that the Pro is vastly more powerful than current gen machines (until Scorpio arrives)

If Sony and Microsoft are asking us, the consumer, to go out and spend $400+ on a new console after 3/4 years then I want to know what it is exactly that makes me need this console. I want to know all the exact improvements and I want to be sold on these improvements in a showman-like way, not to read them on a blog post.

Now, one of the reasons that Sony’s reveal has come under heavy fire and trolling is that there wasn’t a lot of specifics during the conference. Sure, Sony told us we were watching 4K gameplay but how many of the games even ran at native 4K? Not that many. Sure, games with more outdated graphics such as Elder Scrolls Online seem to hit native 4K but many of the on-screen gameplay wasn’t actual 4K like Sony was saying. The problem then comes when developers have to take to Twitter to clarify they’re upscaling etc. and it creates an unnecessary mess.

Microsoft has promised at E3 and beyond, that their upcoming Scorpio will offer a true 4K so they should ensure they really drive that point home. If a game is running at native 4K then make sure the messaging reflects that. This not only reassures consumers but also means you avoid a lot of the confusion that Sony’s messaging has caused.

Although I have happily joined the 4K family with a new 4K/HDR TV, it’s unrealistic to say that most gamers have adopted the next big thing just yet and many of us still have our 1080p TVs. After the PS4 Pro reveal, many gamers and even journalists showed that they didn’t have much interest in a new, 4K console if their TV didn’t support it. Sony touched on this at the PlayStation Meeting by showing the improvement a 1080p game like Shadow of Mordor could experience but the boost was nowhere near big enough to entice people with 1080p TV sets.

Microsoft’s perhaps hardest job will be selling the Scorpio to 1080p TV owners who aren’t planning on getting a 4K TV for some time yet. It’s no secret that Microsoft’s machine has suffered in the resolution department, with many Xbox One games ranging all the way from 720p to 1080p. How can they do this then? Each developer could have a 1080p mode that provides maximum texture quality but admittedly this is still difficult to achieve since these new consoles are primarily aimed at the 4K TV gamer.

As someone who has no interest in PC gaming at this current time, perhaps the biggest disappointment of the PS4 Pro reveal was the framerates. The demos shows off looked like their framerates were in the mid-20s and with significantly more power, I was stunned that Sony didn’t focus on framerate improvements. Mass Effect Andromeda won’t run at 4K and is still 30fps on the Pro, my only reaction to this news was that it was utterly disappointing.

Framerates are often overlooked as a selling point but “hardcore” or more experienced gamers will instantly tell you how big a difference this makes. Now, 4K at 60FPS is a difficult feat but having some mandated mode whereby games have to run at 60fps and can be toggled on and off would be a big selling point for me and, I feel, many others. 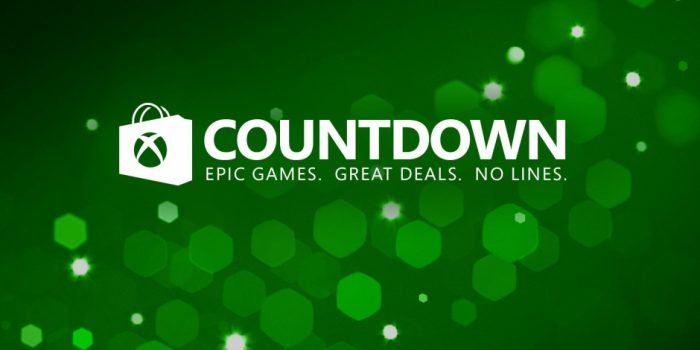