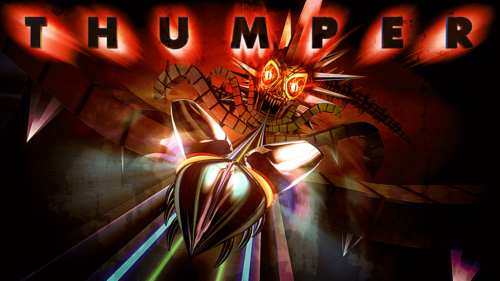 PlayStation VR is here and with it comes a pretty robust lineup of launch titles. You got racing games, shooters, puzzle games and “rhythm violence” games. Yes that last one refers to the game I’m reviewing here called Thumper. Created by two talented people at Drool, Thumper is one of the games I have enjoyed the most in my time I’ve spent in PlayStation VR. Thumper is described as “rhythm violence” because it pulls no punches in delivering a challenging experience. The game is playable on your PS4 even if you don’t have PlayStation VR and I played it both ways. The premise of the game is that you are in control of a metallic beetle that is racing down a fixed track surrounded by some of the most colorful visuals you will find on PS4. There is an enemy to the overall game named Crakhed that you will face at the end of each level. The game has simple controls as you will only use the X button and the left stick through your entire time playing but rest assured you will have to be skilled with both to make it to the end.

You’ll play through a short tutorial like level that will help get you comfortable with the game and then the real challenge begins. There are nine levels in Thumper each made up of sections like level 1-14 and such. You’ll learn to press X when bar like notes come at you like a Rock Band game or to hold the left stick a certain direction to slide along walls. If you mess up your beetle will take damage and doing that a few times will cause you to have to restart from a checkpoint. While things start out at a good speed at first they quickly escalate and you’ll have to be really quick at reacting to survive. It’s all about paying attention to the beat and rhythm of Thumper and it is how you will survive until the end. Each section you finish gives you a score and a letter grade based on how you did and at the end of the level it’s all tallied up to give you a final score and grade. Let me just say that if you are aiming for S ranks on every level you’re going to be in for one of the greatest challenges you’ve faced in a game but also one of the most rewarding if you can pull it off. Each of the levels also has some boss fights usually with a mini boss first and then Crakhead the final boss later. These were some of my favorite moments from the game especially fighting Crakhead over and over as each time his appearance changes to become more and more terrifying. In these sections you have to hit certain notes in succession in order to launch an attack on the boss. Mess up and you have to start the chain over which mounts pressure as you go. Later boss fights incorporate even more variety to keep things fresh. Now like I said Thumper is both a standard PS4 game and also playable in PlayStation VR and having tried both I’d say VR is the way to go. Make no mistake if you don’t have a VR I still recommend playing Thumper but the immersive feeling that PlayStation VR gave me is what I’d want for more people to experience. Some games give people motion sickness but I’m happy to say not once did I ever feel sick or any discomfort while playing Thumper with the VR headset. Playing in VR also made me better at the game as I was able to get a better read on when to press the button and move the stick to match the beat and such. The PlayStation VR comes with a pair of earbuds to use while playing and Thumper is one game you’ll definitely want them for. Either use them or your own headset as the audio here is top notch and best experienced that way. The game will take you at least a few hours to get through depending on how you perform and you can go back and try to earn better scores after. There are online leaderboards to compete on as well as a full set of trophies including a Platinum if you can S rank all of the levels. The only real thing I was disappointed by was the fact that there probably wasn’t enough visual variety in the game throughout the nine levels. Out of the entire PlayStation VR launch lineup I’d have to say Thumper is one of the must plays. It’s certainly one of the best music rhythm games I’ve played in years and the best “rhythm violence” game. Playing in PlayStation VR is the best way to experience this game as the sense of speed and being in that visual showcase surrounded by thumping audio is made all the better by it. The fact that it offers plenty of challenge to incentivize return runs is one of the best parts about it and I know I’ll be playing it to improve my scores for quite some time.

*Review copy of Thumper provided by the publisher. 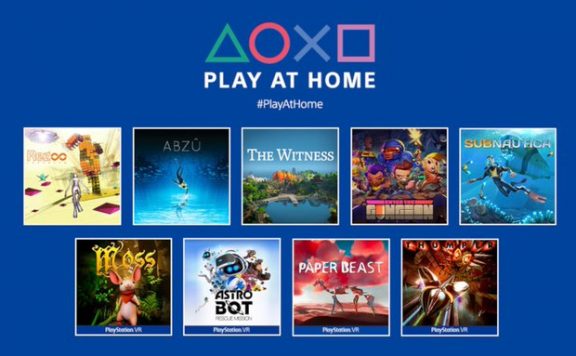