Check out Amazon.com’s crazy deals on video games, which ends soon! If you’re in the UK the link is here.

CDKeys are also having a huge sale on PS4, Xbox One and PC codes with instant delivery. Check them out here.

We are currently investigating reports of connectivity issues with Battlefield 1. Stand by for updates.

UPDATE 2: The servers are still down almost 2 hours after the first reports.

UPDATE 1: This is also happening to PC and Xbox One users and is a widespread issue.

Many people are currently getting a matchmaking error on Battlefield 1, and it looks like it’s only happening to PS4 users at this time. Xbox One and PC users are not having any match making errors currently.

There is no known reason why it’s down currently, but we will continue to update this article as soon as we hear updates about the servers.

0 0
Previous ArticleWas No Man’s Sky Actually A Mistake?Next ArticleBattlefield 1 Servers Back Online, But Many Have Lost Their Ranking And Weapons 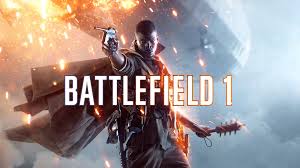