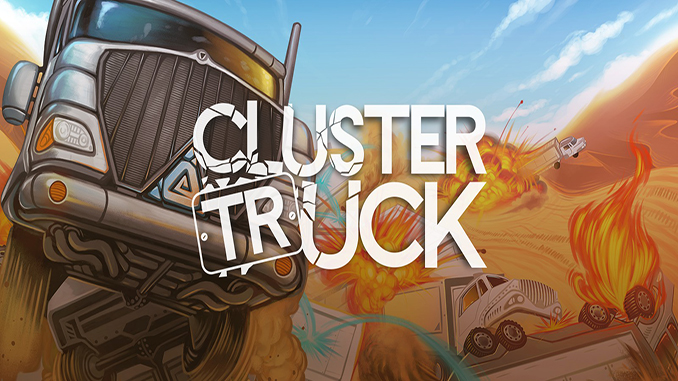 The fall season is the time for the heavy hitters in the gaming world to dominate the sales charts. Everyone knows about Gears of War 4, Battlefield 1 and Titanfall 2, but the gaming universe must have balance. For every hyper-realistic, big-budget title we need games that are silly and fun in short sessions. ClusterTruck, a tinyBuild published game, is exactly the time of game you would want as an “in between” title. There is no story to remember, easy to play and highly addictive. Of course the same could be said for a thousand other games available now, so what sets ClusterTruck apart?

ClusterTruck is a platformer that is played from a first-person perspective. As the player, you make your way across the tops of moving semi-trucks hoping to reach the finish line without touching the ground. If you touch the ground or any of the obstacles in your way, it’s a death. This sounds easy enough but the semi-trucks are so unpredictable you quickly find yourself at risk of death. The trucks will crash into each other, fall of cliffs, or tilt forwards and backwards. This means you must keep moving, using sprinting and jumping and if you choose to, extra abilities. After you complete a level you will earn points based on speed, style and for completing the level. Points can also be earned during the level for air time and other tricks. These points are used to unlock new abilities which make levels easier. None of these upgrades are required to complete the game and there’s even a nice achievement for not buying any. This is a great example of the player being able to dictate how challenging they want ClusterTruck to be. If you want a challenge, don’t buy any abilities…if you just want to progress through the campaign, find a pair of abilities that works for you and play it your way.

When it comes to abilities there are two types: movement and utility; and only one ability of each can be equipped. Meaning you can have a movement ability like a grappling hook and a utility ability like time-slow at your disposal for a level. If you find those aren’t appropriate for the level, equip something else (provided you have unlocked it). The variation of abilities combined with the unpredictable movement of the trucks means that many players will have different experiences in the same level. Some other examples of abilities are: double jump, jetpack, levitation and truck boost. There are 8 worlds in the campaign which consist of 10 levels each. The worlds have varying themes such as: desert, forest, medieval, ancient, etc. Just making your way through the campaign will take some time, even with abilities. Levels can also be replayed to earn a high score and more points for abilities. Every time I beat a level and especially a world, it was quite satisfactory. When I messed up, I was back in the action so fast I didn’t have much time to consider quitting. ClusterTruck is one of those games that make you say “just one more try” and then find yourself still playing 30 minutes later. The game has a unique graphical style that reminds me of Mirror’s Edge, but a bit cartoony. There is music but the action is so frantic and requires so much attention that it didn’t do anything to stand out. I’m fine with this because the last thing you want in ClusterTruck is more distractions. Levels do not take very long to load and retrying after a death is practically instantaneous. This is invaluable in games that require a lot of trial and error.

ClusterTruck is one of those games that you must get your hands on to really “get it”. I watched some streamers play before I tried it and thought the game looked repetitive and frustrating. To be honest I wasn’t even looking forward to playing it. When I made smooth jumps and stylish dashes across the finish line, I “got it”. ClusterTruck is a game that children and adults will get a kick out of; whether you play for 10 minutes in between games or sit through the entire campaign in one shot.

Writer’s notes: An Xbox One version of ClusterTruck was provided by the publisher, tinyBuild. Clustertruck is available now on Xbox One, PS4 & PC.

Buy ClusterTruck from the Xbox Store

0 0
Previous ArticleBattlefield 1 Servers Back Online, But Many Have Lost Their Ranking And WeaponsNext ArticleName of Next Tomb Raider Game Possibly Leaked? 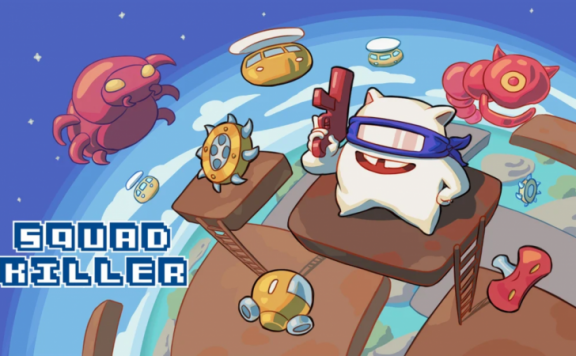