I have always felt the RPG genre to be the most intimidating and hardcore genre in all of gaming. Playing a game with a 100+ hour story mode, dozens of nuances, an expansive lore and meticulous battles means devoting plenty of time and energy on one game. When a game presses all the right buttons it’s easy to devote your all to it. It’s not easy to create a RPG for less skilled players while still making it challenging, engaging and a quality experience.  I had no idea what I was getting into with Saturday Morning RPG, developed by Mighty Rabbit. I’ve only enjoyed a handful of turn based RPG games in my entire gaming life. What I discovered was a game that felt like it was developed for me in pretty much every aspect Spanning five “episodes”, Saturday Morning RPG puts you in the role of Marty, a typical high schooler who is gifted great abilities through a mystical notebook. Throughout the five episodes Marty must help his friends and protect Shadow Valley from the diabolical Commander Hood. The entire game is full of 80s and 90s pop-culture references; from the VCRs, NES Power Glove to Fruit Stripe gum and the DeLorean.   Most of the five episodes takes place in a different location, with plenty of nooks to explore and bad guys to fight. Exploring is encouraged through XP bonuses and hidden stickers. Marty can make his way around quickly thanks to his hoverboard, making traversal practically painless. In a typical chapter, you have one main objective and many optional ones. For example, in the school level your main objective is to defeat the evil lunch lady; but there are many side missions tasking you to help students. My particular favorite was finding a plunger for your classmate so he could flush his “toots”. For your trouble you can earn XP, money and/or achievements. It goes without saying that XP is used to level up your character, you can then choose to increase your stats in different areas like: magic, strength or speed. Money is used in vending machines for new items and sometimes required for side quests. Some side quests require you to make a choice (eg: fight someone or refuse), encouraging you to replay and choose the other option. This was one of the rare games that I wanted to talk to every character, complete every side quest and find every item before finishing the episode. I was invested as Marty, I was Marty, and I wanted him to be as powerful as possible by the time the final credits rolled. Marty has a variety of different items he can use in battle, which he either finds during his travels or buys from vending machines. Their power can be increased by the combat multiplier, which grows by using a turn to charge it up. Fail to block an attack and the multiplier will go down by .1 for every hit you take. Up to five different items can be equipped for a battle, and each has its own traits like power and accuracy. Every weapon has a different specialty like multitarget, paralyze or extremely powerful for one use. Sometimes there is a small minigame that you perform before using an item which can increase its effectiveness.  The key to success is having the right loadout combined with precise blocking and a high combat multiplier. If you happen to fall in battle you can restart without penalty. On top of all this there are stickers that can alter everyone’s stats before combat. There is a limited amount of time to “scratch” your stickers with the analog stick, but each one can help you in a different way. My favorites are -15% enemy hp and ones that increase my strength and speed. The order the stickers appear is random and the better ones take longer than others to fully scratch. The stickers combined with the multitude of weapons mean that you can tweak things to your preferred play style. Saturday Morning RPG has a 16-bit art style that looks nice, especially during combat. The music is straight out of my childhood, with contributions from composers Vince DiCola and Kenny Meriedeth. Between the two they have worked on: Duck Tales, Power Rangers, X-men, and Transformers: The Animated Movie. There is never much of a wait for loading when starting up a level or moving to a new area. The story is told through text bubbles and the dialog has plenty of laughs and references to the old days. Overall in many ways the game reminds me of the Paper Mario series, which is a great thing as far as I’m concerned.

Might Rabbit did an impeccable job creating an accessible RPG that is charming and most importantly, fun. The 80’s theme fits the Saturday Morning universe to a (Mr.) T and brings back nothing but good memories for this 30-year-old gamer. I want to see and do everything in this world, I want to replay missions, I want to own every item. That is rarely the case for me as I haven’t been this hooked by a RPG since Paper Mario: The Thousand Year Door. The only negative thing I could say about this game is that the main story is roughly 10-12 hours long, not much for a traditional RPG. To its credit, Saturday Morning RPG only costs $9.99. When you factor in all the optional things you can do in the game, I think the amount of play hours can be easily doubled. All in all, like a wise man once said, “It’s so bad!” 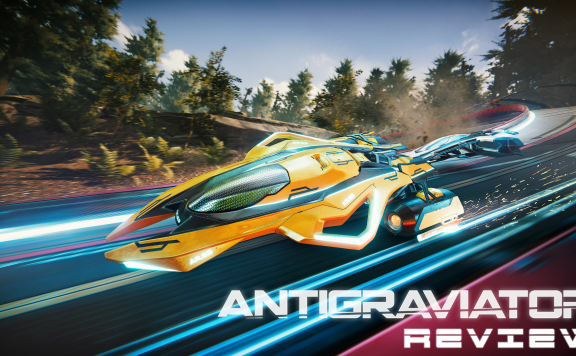