Watch_Dogs was possibly one of the worst Ubisoft launches to date, with the number of unfortunate bugs and glitches that came with the game intended to show off Aiden Pierce’s ability to bug and glitch most of the systems throughout the city. Most people thought of it to be a huge disappointment due to the awful visuals brought forward to the console version of the game, the uninteresting detail the developers seemed to put on the buildings and no real need to explore the map like you’d want to in any free roaming open-world game. The AI was hardly something to gawp at, and the character development is nearly as bad as the repetitive run and gun missions. The aspect of the game sounded bloody brilliant, but as per usual, Ubisoft managed to screw it up with the release.

This isn’t the only time Ubisoft have had problems with game launches, however, as the Assassin’s Creed series of games were infamous for their issues post launch. Unity, for example, was released incredibly broken with issues such as (but not limited to):

And not to mention the horrifying skinless creature that still haunts my dreams. 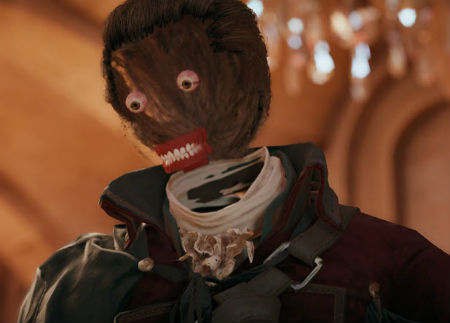 And while the games have been slowly fixed upon release, it doesn’t really make Ubisoft a good company for releasing game upon game with bugs that can ruin the entire experience for the player and make them want to toss it in the trash. So why are we all not really anticipating that Watch_Dogs 2 will be all that good? Well because Ubisoft have a reputation to follow, and not a good one at that.

Watch_Dogs 2 is still in production and hopefully, the developers have seen the faults they made in the first with the graphics and lack of interesting characters or story. When it was initially shown off at E3, I was hooked to say the least and because I did enjoy the first game somewhat, I wanted an experience I wouldn’t regret entirely. Watch_Dogs 2 is basically everything that Watch_Dogs wasn’t. It was engrossing with every detail making you want more, and it looked actually fun.

“We’re very proud of what we accomplished with the first game, but we also realized we needed to push the experience forward … We scoured the forums, read every tweet and every comment.”

And hopefully they’re sticking to this and it’s not just little tasty breadcrumbs they want us to follow so that we expect the game to be good just so they can roll around in money again because, let’s be honest, we’ve all fallen for it at one point. The one annoying thing about Ubisoft is that as of late, the game releases don’t seem to be anything but experimental – focus-testing the franchise and seeing what we like or dislike and how we actually play the games they provide us, and hopefully they’ve seen their faults from Watch_Dogs and have learned their lesson.

In short, this is the last chance I have for Ubisoft and I definitely won’t be preordering any more games from them if Watch_Dogs 2 is a complete and utter flop, so with the remaining days they have left for production and development I beg you, Ubisoft, don’t fuck it up. Please.

So what do you think? Are you a fan of Ubisoft? Do you think they should focus a lot more on bug testing to ensure that every game they release is relatively bug free? Perhaps people are too harsh on the Watch_Dogs series! We’d love to hear from you down below in the comments!

0 0
Previous ArticleFive Popular Xbox 360 Titles That Could Be Playable This Month On Your Xbox OneNext ArticleSkyrim Special Edition’s Patch 1.03 Is Causing Major Crashing Issues On Consoles