Titanfall 2 was released a few weeks ago on October 28, 2016, and has had the unfortunate drop in sales, well below the forecasted figures selling ‘barely’ a quarter of the original game’s numbers. The expectation of 9 million units being sold now is more of a dream than a realistic hope. The rectifications that Respawn Entertainment made with regards to the original made it a bit of a better game, including a more fleshed out single player but this doesn’t mean that the 50% drop in sales will be anything to look back on with a positive outlook.

The experience players got from Titanfall 2 though was incredible, and the single player experience was actually good. We all (hopefully) had moments of decent gameplay but releasing it slap bang in the middle of the Battlefield 1 and Call of Duty: Infinite Warfare was one of the weirdest plans ever. Two of the biggest games of the year is like fighting a war with a feather. 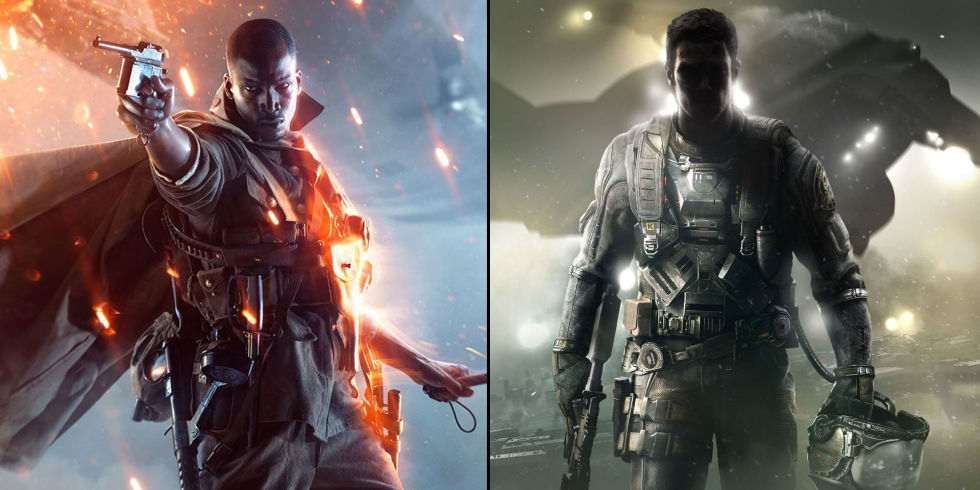 But it wasn’t just Titanfall 2 feeling the wrath of the sales drop. A game which surprised all of us with the lack of sales as well failing to reach the top three best-selling games on its initial release earlier this month, with the same odd choice of releasing it near the bigger releases of Call of Duty and Battlefield. The thing that is shocking, is that the first game – unlike Titanfall – was near enough perfect, so the sales should’ve been through the roof, but they’re down nearly 40% in sales compared to its predecessor in 2014. The problem right now is that people can’t afford to be buying game after game with the current economic climate; especially considering games are selling retail at around £40.

But if the good games are getting a lack of sales, what about the bad ones? Let’s take a look at No Man’s Sky, one of the most hyped and poorly executed games of the 21st century with no space for arguing. On release, No Man’s Sky was the 2nd biggest PS4 game launch and still holds the title to this day, regardless of how shocking it was and how many lies were fed into it and into us, passing Naughty Dog’s Uncharted 4: A Thief’s End. The game claimed to be an expansively infinite sci-fi simulation with no chance of ever seeing another player because it was so big, but lie after lie, and problem after problem, the company seemed to dissolve into nothingness.

See also: Was No Man’s Sky Actually A Mistake?

There are many different angles as to why there is a lack of potential sales, they could – for all we know – skyrocket during the Christmas period. Some people may not have enough money because they’ve recently invested in the flashy, new PlayStation Pro and can’t currently put any more money aside for games which is a fair point. But perhaps the games just aren’t as good as they used to be? This isn’t even a recent thing, many games have failed to reach the expectations that we had thought to see, and many developers don’t know what to do with criticism apart from just ignore it and pretend nothing bad has even happened.

Games seem to be experiencing too many pushbacks in recent weeks and some that we should have been playing right now won’t be out until 2017 which is a joke. But what really bugs me is that the people who lie to us seem to be doing far better than those who are honest about the game and show us what we’re definitely going to experience, not some mock up that is nothing compared to the final product. No Man’s Sky ruined it for everyone and made us all assume that pre-ordering a game will lead to nothing but bad times and unhappy experiences and I don’t blame people for thinking that. Since No Man’s Sky, I haven’t pre-ordered a game because I’m worried it’ll be exactly the same.

Developers need to start realising that when they make a game, they need to market it to us in a way that we won’t worry if it’s good or not; we’ll know it’s going to be good because we’re shown actual gameplay that isn’t in alpha stages, and we see constant updates on what to expect, with their team, actively responding to questions rather than leaving us in the dark. I just hope Red Dead Redemption 2 doesn’t get the same poor reception that this year’s games seem to have gotten.

What are your thoughts and opinions with regards to this? Do you think there is an obvious reason for the significant drop in sales that I’ve missed? Maybe you’re one of the demographic who is waiting for reviews to come out before buying the game and one has pushed you away! Let us know down below in the comments.