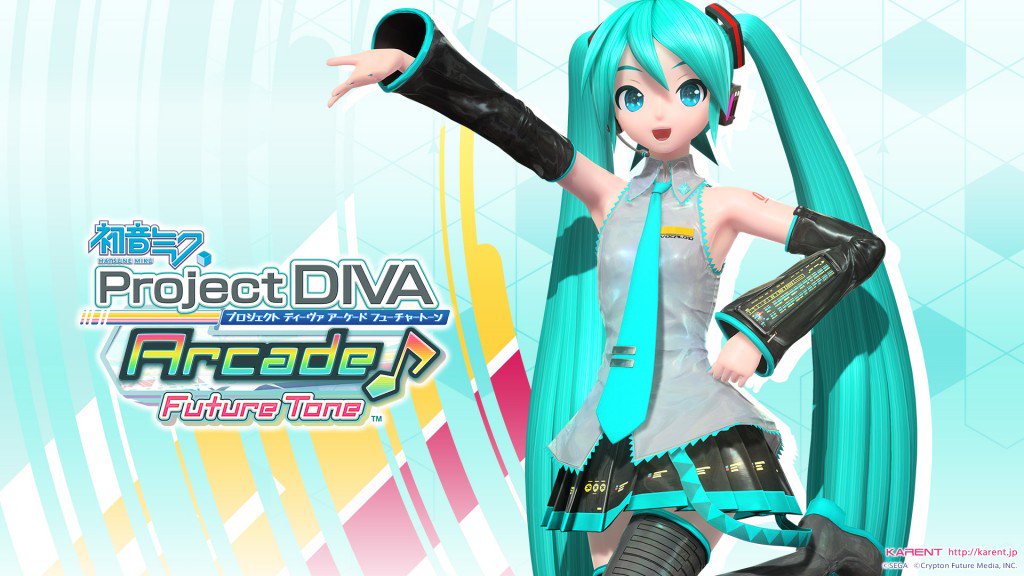 Calling all Miku fans, the fan favorite idol is back again with a brand new game and this might be the best one yet. Hatsune Miku: Project DIVA Future Tone is an arcade port that combines the different music from both the Project Diva series and the Project Mirai series into one big package for your ears to enjoy.

When you buy the game it is split up into two separate song packs from each of the two series that I mentioned above. Each one costs $29.99 or you can buy a bundle for $53.99. The base game itself is free to download but with only a couple songs to play it doesn’t offer much. If you prefer one style of music over the other it’s nice that you can buy them separately. In total the complete package has over 200 songs which is just an insane amount of songs for what you are paying. Getting into the gameplay, upon start up a simple tutorial teaches you the button commands to use to play. If you’ve played a Hatsune Miku game before most of it will be familiar to you but there are a few new wrinkles. These include having to hold multiple buttons down at the same time and moving the analog sticks in certain directions among others. After completing that you are pretty much let loose and free to do whatever you want in the game. Yes all of the songs in the game are available immediately to play with no unlocking required. This can seem a little intimidating as you scroll through the massive song list and try to decide what to play but it fits the arcade style this game is going for. I pretty much just started picking things and playing through them enjoying the music and beats and trying my best to get the timing of the button presses down. I’m far from being close to playing through every song in the game but there are many great ones I’ve played so far. If you happen to find one you really like you can press the touchpad on the Dualshock 4 down to mark it as a favorite. There are also options to sort the songs by alphabet or by difficulty.

Speaking of difficulty that brings me to one thing I didn’t like about the game. For some reason you can’t play every song on every difficulty. Some songs are locked to certain difficulties only which is kind of a bummer for someone who might want to practice on it on easy or something. I’m not really sure why this decision was made but it is a bit of a let down. One thing that is here though that tries to help you if you are having a hard time is a no fail mode you can activate. While it doesn’t fix the problem it’s a nice option to have. Now while all of the songs are unlocked from the get go there are some things to work towards. Beating songs on hard unlocks the Extreme and Extreme+ difficulties. Also beating any song will earn you in game money that you can use to buy new costumes, skins, accessories or modules. Like the song list there are a ton of things you can buy so if you are a hardcore Miku fan you are going to find a lot to like here. Outside of just playing through the song list there isn’t a whole lot else to the game. There is a music video mode where you can fire up any song or create a playlist of them and just sit back and watch and listen which is pretty cool. I can see a lot of people just setting this up in the background while they do something else. If you are interested in trophies there aren’t a lot in this package which is also strange. 20 in total with no Platinum and many of them are for doing the same thing in the two different song packs. I have to kind of say that if you are the type of player who needs goals set before you to feel motivated this might not be the kind of game for you. There is no story and no career mode like has been outlined throughout this review. This is strictly a game that you fire up and play whatever you want and that is perfectly OK. Just keep that in mind if you are one of those types. Hatsune Miku: Project DIVA Future Tone I have to say is absolutely worth the price of admission. The 200+ song list is just a crazy amount of content and there are tons of customization options to unlock along the way. Yes there aren’t any goals set out in the game leaving it up to the player to set them themselves. For any hardcore Miku fan I think this game is a must have and if you have been interested in the series but never jumped in yet this is probably the best entry point.

*Review Copy Provided by the Publisher