Last year brought the end of Nathan Drake’s story with Uncharted 4 and in December 2016, Naughty Dog announced their first ever story DLC, Uncharted: The Lost Legacy. Naughty Dog has decided to start with the story of Chloe Frazer, who is a favorite among the Naughty Dog team and community.

Chloe debut in the series in Uncharted 2 and she will be joined by Nadine Ross, who was one of the bad guys from Uncharted 4: A Thief’s End. Together they try to recover an ancient Indian artifact and keep it away from a war profiteer. According to the Uncharted page on PlayStation, Naughty Dog is continuing with the same concepts of game play and storytelling as they had done with Uncharted 4: A Thief’s End, Uncharted: The Lost Legacy is going to have the same aspects of storytelling, new locations, puzzles and action.

Uncharted: The Lost Legacy is going to be a standalone DLC that will be available on store shelves and for download. Naughty Dog said in their announcement that for those who bought Uncharted 4 Digital Deluxe Edition or the Explorer’s Pack, that you will be able to receive The Lost Legacy as a download. No price has been announced for those of us who haven’t bought the Deluxe Edition or Explorer’s Pack. Also no official date has been announced for release though The Lost Legacy is expected to be release this year.

Why Uncharted: The Lost Legacy will be the best DLC for 2017, is if Naughty Dog continues with the same concepts that they had put into Uncharted 4, it will be a very good DLC. Though the story of Nathan Drake might have ended with Uncharted 4, it will be nice to have the strong female team of Chloe and Nadine and playing as Chloe. My only experience with the Uncharted series is with Uncharted 4: A Thief’s End. What I did love about Uncharted 4 was the great storytelling that it had provided and it seemed to incorporate as much of a backstory for those like me who were first time players to the series so we wouldn’t feel lost. The puzzles in Uncharted 4 were awesome as well though at times a couple of them might have become frustrating. Overall, I loved the different locations and how the amazing the graphics of Uncharted 4 are. I had bought my PS4 just so I could play Uncharted 4 (in fact, it is the Uncharted PS4—the blue PS4 with Nathan Drake on it) and Uncharted 4 was worth buying a PS4. As long as Uncharted: The Lost Legacy continues the same path as Uncharted 4: A Thief’s End, it will be a great edition to the series.

Just from seeing the trailer of The Lost Legacy, it does show that it has the same feeling of style as Uncharted 4. The trailer shows Chloe walking the streets at night in a war zone town on her way to meet up with Nadine. Chloe goes through locked doors and other obstacles before she reaches her destination on the rooftop. There you see Chloe in combat when the enemy spots her. The trailer ends with Chloe and Nadine standing on the rooftop.

At the Uncharted: The Lost Legacy Panel we learn that The Lost Legacy is longer than The Last of Us: Left Behind DLC but shorter than Uncharted 4. The Lost Legacy started out as a DLC but it grew into a story expansion or standalone DLC. It is set after Uncharted 4. We get to play as Chloe and Nadine is our friend instead of our enemy. The location is set in India. Some of the environment is going to be more open or even more wide linear than previous Uncharted games. The style of the game is going to be more centered around Chloe but it will have some of the same aspects of the previous Uncharted games.

Overall, Uncharted: The Lost Legacy looks like a promising edition to the Uncharted series keeping the same key elements of story, new distant locations, puzzles, and action packed adventure while being different at the same time by telling the story through Chloe’s eyes. For long time fans of Uncharted, The Lost Legacy provides a new take on the series and providing a long time fan favorite to be the center of this DLC. For new players to the Uncharted series, The Lost Legacy won’t disappoint with its action packed adventure through new exotic lands and puzzles to look for lost artifacts. 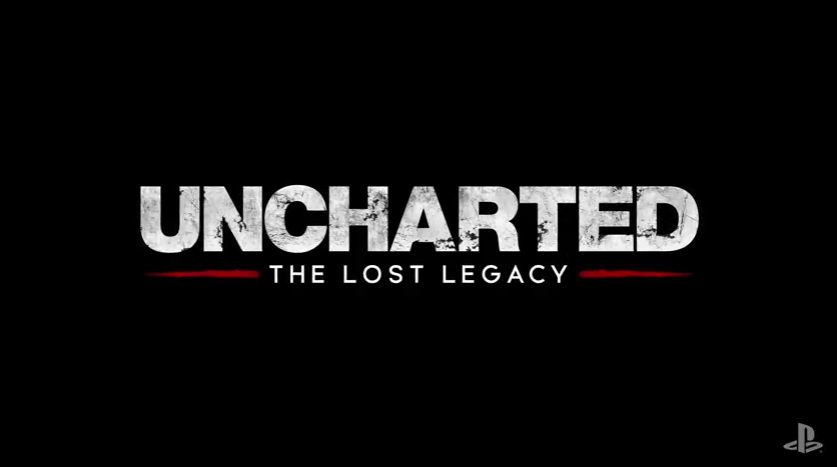