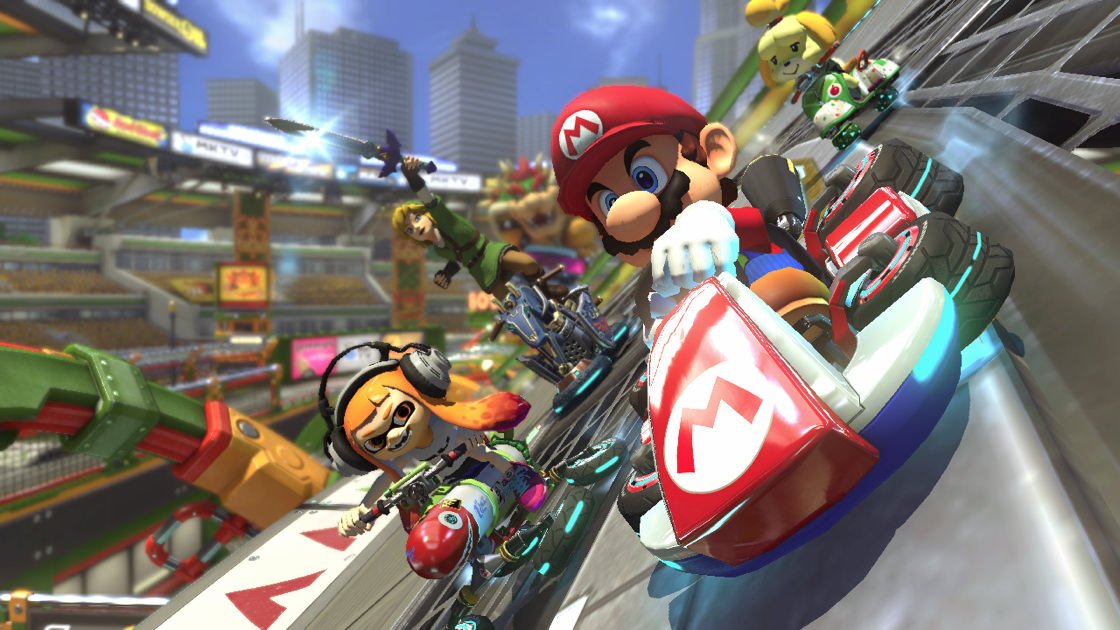 Nintendo has just announced that Mario Kart 8 Deluxe is coming to the Nintendo Switch in April 2017. The game will have all of the Wii U content, all of the DLC as well as more new characters and tracks. Some of those include Inkling Boy and Girl from Splatoon and King Boo, Dry Bones and Bowser Jr. Battle Mode has also been revamped and includes Balloon Battle and Bob-omb Blast with new tracks like Urchin Underpass and Battle Stadium as well as returning ones like Luigi’s Mansion and SNES Battle Course 1.

You can also carry two items at a time including new items from old games like Boo and the Feather. You can use the new Smart Steering feature that makes it easier to stay on the track for novice players and kids even at 200cc.