The gaming community can not stop gasping in amazement of the PS4 Pro’s “boost mode,” and the vast improvements that it is has made in games such as Battlefield 4, Just Cause 3, and The Evil Within. The PS4 Pro’s boost mode allows for improved gameplay and higher frame rates for games that that do not support the PS4-Pro. Beta-testers of the system’s new 4.50 software update, have been posting videos of the upcoming “boost mode” and the improvements for some games is jaw-dropping.

An entire list of games that can played with “boost mode” can be found here. “Boost mode”, is literally a game-changer, and it quickly increased the pressure on Microsoft to impress the gaming community with its presentation of the Xbox Scorpio. Fortunately for Microsoft, the Xbox Scorpio already includes some fantastic and unique abilities, such as the capability to play PC games and high-end VR; and it would not be surprising for Microsoft to develop a similar “boost mode” for the Xbox Scorpio, which they could apply to their growing library of backwards compatible games.

If all goes according to plan, Xbox Scorpio will include backwards compatibility, which is a feature that neither the PS4 nor Pro version currently have. Phil Spencer stated via twitter that “360 BC on Scorpio works the same as it does on XB1 so the list of games will be the same.” If Microsoft can develop their own “boost mode” or similar feature, to enhance the FPS for backwards compatible Xbox 360 games, their hypothetical “boost mode” would apply to numerous previous-gen games, which PS4 Pro gamers would not be able to experience.

This would be a distinct feature that only Xbox Scorpio could claim, since Sony has yet to even hint at backwards compatibility for the PS4 or the Pro. I am excited just imagining playing Red Dead Redemption, GTA IV, or any of the Mass Effect games with improved FPS.

Microsoft has hinted that they are looking into making original Xbox games backwards compatible with the Xbox One (which would include the Xbox Scorpio). Phil Spencer said via twitter in regards to BC for Xbox original games “We haven’t ruled it out but we aren’t working on it right now. I’d like to find the time to do it.”

Fortunately, Microsoft does not have to rely on creating new features for the Xbox Scorpio to compete with PS4 Pro’s “boost mode”, it can easily rely on its ability to run PC games and its promising VR. Having the vast library of PC games is a feature that most gamers would gladly take over PS4 Pro’s “boost mode.”

If Microsoft lives up to its promise of releasing a console capable of rendering high-end virtual reality, it may be able to separate themselves from Sony’s PSVR (made a bit more difficult with the success of PSVR on RE7). Microsoft has to make sure they are able to distinguish themselves from Sony’s lackluster PSVR launch; Xbox VR games need to be finished and ready to launch with Xbox Scorpio, and need to be full-length games, not glorified VR tech demos. 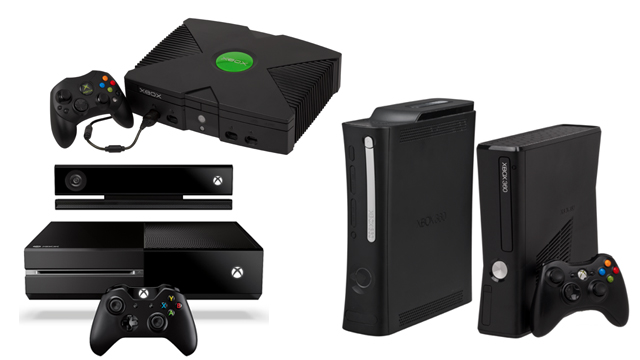 The Biggest Positives of The Nintendo Switch After Watching The Reveal Trailer
October 20, 2016
Play Online Games with No Wagering Bonuses
August 30, 2019
Tips on Downloading the Most Played Classic Card Games in 2020
January 10, 2020