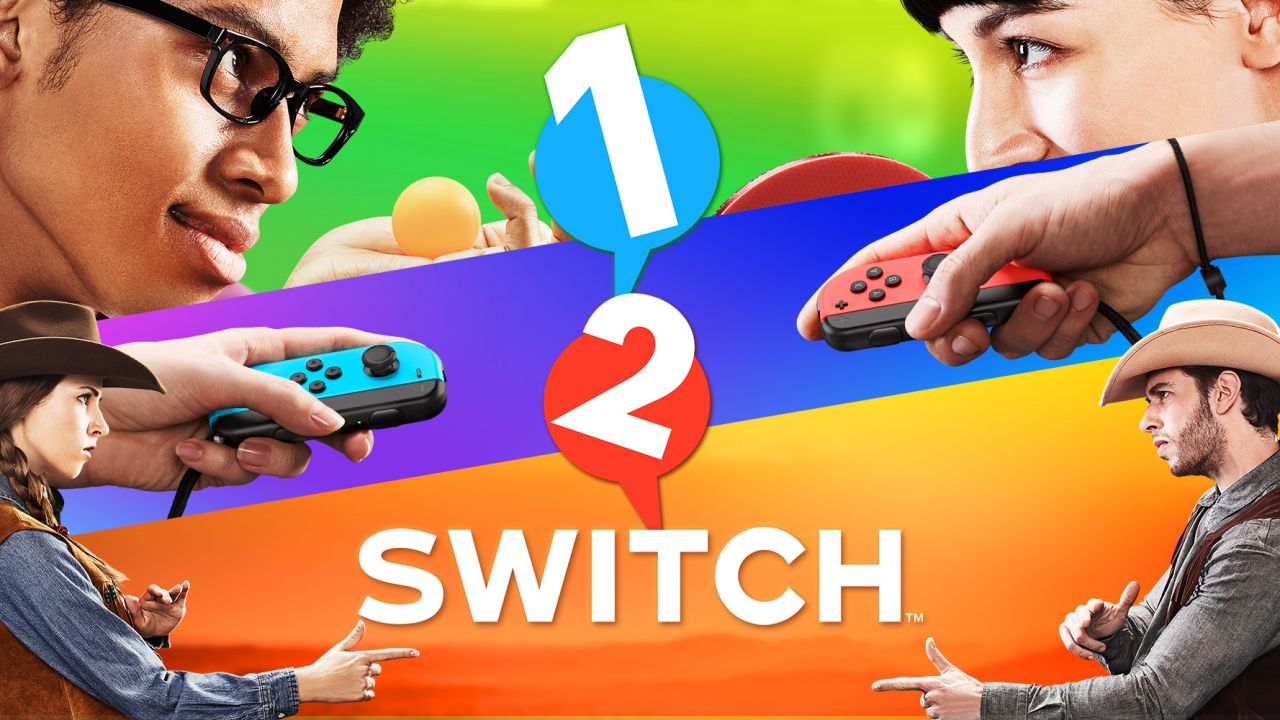 1-2 Switch was received with mostly negativity due to its ridiculous over the top party game style along with the announced price. Many questioned whether a game with such a lack of content and games which seemed like joy-con demos should be priced at $50. The style of the game screamed pack in launch game similar to Wii Sports and Nintendoland for the Wii and Wii U. Can a game with this kind of demo style work as a paid title? The answer is no but don’t count 1-2 Switch out though, and in this review I will tell you why.

This game is not for the hardcore gamer, lets get that out there right away. It’s a party game that needs at least 2 players with no single player so it’s for families and a party of friends. I managed to try this out with a group of people and the reaction was mostly positive and made for some fun moments. The issue with the game however is that there’s just too many games that are obvious demos for the joy-con’s and HD rumble with these party games being useless filler.

Games like eating contest, shaver and telephone are the biggest offenders of being useless filler with no real challenge or fun coming from any of these games. Then there’s the party games that are just unresponsive at times, and become confusing like Copy Dance, Zen and Table Tennis. The game is never really that clear on what you have to and even after the tutorial you’ll be left wondering what you actually need to do to win the game.

Then there’s the Quick Draw and Fake Draw games which are by far the best games that are offered within this package. Quick Draw pits you against another player in a shootout and the first one to draw their joy-con gun and click the trigger when the narrator says “Fire!” wins. Fake Draw is the same but the announcer will not always say “Fire!” he could say things like “Fly!” or “Foot!” before saying “Fire!” it’s up to your instincts and hearing to beat the other player. These games were the most popular and the most fun with the idea being simple enough but the competitive side of the game makes for some very fun and intense gun drawing action.

There’s other games like Milk and Wizard that can stupid fun too because of how ridiculous the games are and then there’s also the ones that show off the HD rumble features while also being kind of fun too like ball count for example where you have a set amount of balls in the joy-con and you have to figure out how many are actually in there by tilting the controller and try to count how many you can feel going down. It screams demo for sure but it really does its job well and really sells the HD rumble to players who try it, and also makes you think what Nintendo and other developers can do with HD rumble in the future with other games.

Is 1-2 Switch a good game? Yes it is, but that doesn’t mean it’s a good game that’s worth the $50. There’s going to be many laughs and fun to be had if you have a few people to play it with you, if you don’t then 1-2 Switch is worthless as it needs more than one person and has no single player options. This would’ve been the perfect game to package in with the Nintendo Switch, and could’ve had a great impact like Wii Sports did for the Wii but I doubt many are going to lay down the $50 for what is essentially a party and demo game. When it drops to a better price, and you have enough family/friend occasions then I recommend a purchase for sure.

+Some games are extremely fun with other people

+HD rumble is demoed well, and makes you think what can be done with future games

– Too many filler games

0 0
Previous ArticlePlayStation Plus April 2017 PredictionsNext ArticleCrash Bandicoot N Sane Trilogy Coming To PC; Will Be 60FPS According To Rep