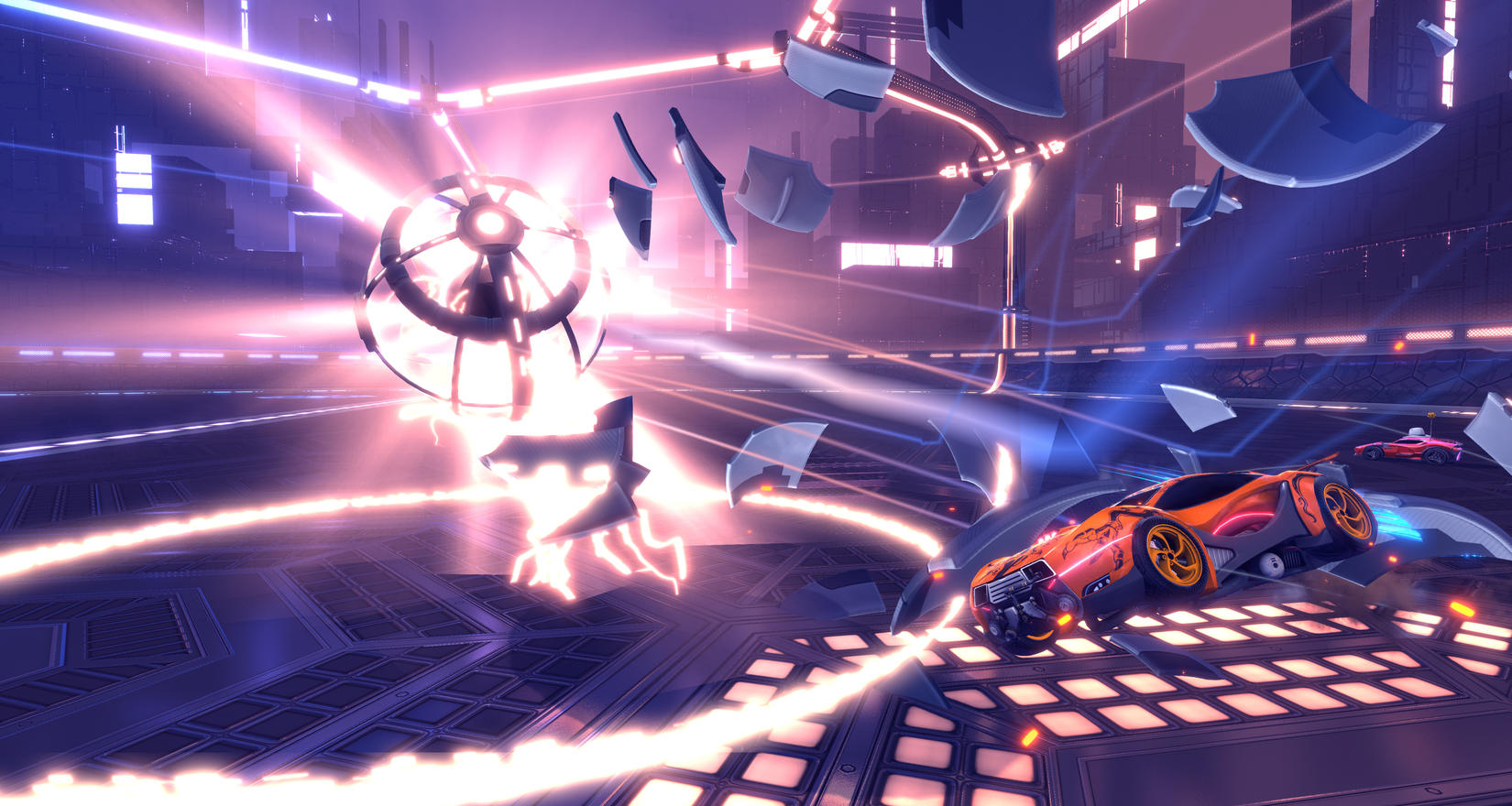 Today is the day that Rocket League gets updated to version 1.31 adding the new Dropshot mode and more detailed a couple weeks ago. The patch will go live a 6pm EST today and will be 1.4GB on PS4, 2GB on PC, and 3GB on Xbox One. You can read the full patch notes below.

“Mannfield (Night)” is now available in all playlists

“Neo Tokyo” has been removed from Casual and Competitive playlists

The map will remain playable in offline and private matches

In a future update, Neo Tokyo will return to online play with a standard layout

CRATES
Turbo Crate has been added

Painted versions of the “Endo” Battle-Car are available from this crate.

Painted versions of the “Tachyon” Rocket Trail are available from this crate.

Head to ‘Arena Preferences’ and use all of your votes

Equip the Halo Topper and win a match on Starbase ARC

Complete a match on wasted land, under the sea, and in outer space

Win a Dropshot match via shutout

Score a total of 18 Goals in Dropshot

x10 Damage a total of 320 panels in Dropshot

The goal of the mode is to break the floor with the ball on the opponent’s side, and knock the ball through the hole

In-game code redemption has been added

In the future, Players can go to the “Extras” menu, select “Redeem Code,” and enter codes to unlock in-game items

Preference weighting has been updated to be simpler. A map’s odds are now changed based on the net percentage of the lobby who like or dislike a map

If all players in a lobby Dislike a map, it will now never appear

If half of the players in a lobby Like a map, it will appear 50% more often

If one player Likes a map and another player Dislikes it, it will appear as often as normal

Time Played is now tracked as a statistic

Time played before this update will not be included in tracking

The Trade interface has been updated. All trade offerings will appear on screen without players needing to scroll the list.

The trade timer now runs for five seconds, up from three seconds.

A new “Key Selection” setting has been added to the Options Menu (Use Oldest, Use Newest, or Ask Me)

If the user chooses “Ask Me” a new UI modal will appear when opening a crate that allows players to pick which key to use.

You can now select which map to train on after choosing “Free Play” from the Training Menu.

You can now exit directly to “Free Play” from the end of match menu.

Custom Training sequences can now be discovered and played cross-platform.

The Custom Training feature can now be accessed while offline

Game Tips are now included on the new Loading Screen

Painted Items now show a colored border in the UI

The default binding for Create Party and Invite Players has been changed to “X” on Xbox controllers, and “Square” on PS4.

COMPETITIVE
Season 3 has ended. Titles and items will be awarded for your highest rank achieved during the season

There are now only four divisions per skill tier (e.g. Gold II, Division IV) due to each tier covering a smaller range of skills

After placement matches, you will be assigned a skill rating influenced by your Season 3 ranking

We are not doing a full reset like Season 3 due to the lengthy period of matchmaking disturbance it created. This “soft reset” means players start separated by skill to keep things balanced but can still climb back to top ranks

In the interest of enforcing fair competition, a small number of accounts have been identified as abusing the matchmaking system, and will receive a hard skill reset. These accounts will not receive Competitive Season 3 item rewards

When rejoining a Ranked Match, the default option is now “OK” instead of “Cancel”

The Esports button will take you directly to live, official Rocket League tournaments on Twitch, including live RLCS streams

This button will only be visible during associated live events

GENERAL
The Boost Meter now rounds down when you have a fractional amount of boost.

Party Members can now rejoin Private Matches after exiting to the Main Menu.

The achievement “Rocket Genocider” has been fixed

Xbox One: Removing a split screen user from a party no longer ends the party

Painted Items are now displayed correctly in the Trade-In menu