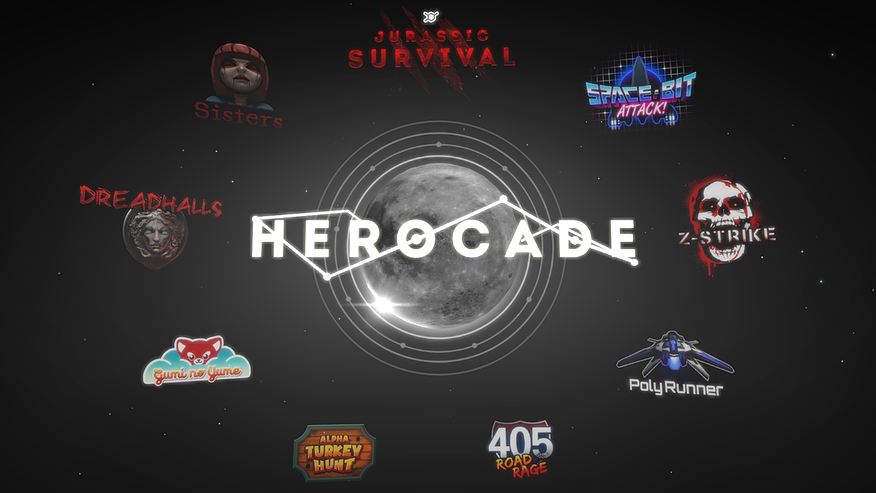 PlayStation VR has been on the market for around eight months now and has established a wide range of different games in that time. Many of these games are good games but only last an hour or two and cost $20 or more. This is a problem to many people as they don’t think they are getting good value for their money. Well the people over at Lucid Sight are trying to give you good value with their new game HeroCade which is a compilation of nine different games in quite an affordable package. However is there quality to match the quantity in this package? Unlike the PlayStation VR demo disc you don’t just load up the game to a main menu and pick a game to play. Instead you get a bit of a story in HeroCade hat ties all nine games together. An A.I. asks you to fulfill different objectives in each game in order to solve some problems in this virtual world. I have to say it was a nice touch to find a story here that ties the game together. It helps the game stand out from some other game collection packages. So what are these nine different games and are they worth your time? Well I found a handful of them to not be very great but there are some gems in the bunch. Jurassic Survival is a wave based shooter where you apparently just crashed your car and must fight off dinosaurs. You are armed with a flashlight in one hand and a gun in the other and you’ll be attacking from two different directions. Don’t worry as you can just press a button to switch between both directions quickly. I played it with both the PlayStation Move and the Dualshock 4 and found the tracking to work really well for both. There isn’t a lot to the game as you only have a few different guns to use and a few different dinosaurs to use them on. Graphics and sound effects for the guns aren’t great either but for a quick game to jump into and shoot some dinosaurs it’s pretty fun.

Next you have Z-Strike where you are a helicopter gunner and must rain fire down on zombies to help the humans escape. You use your head to aim the gun in this game and it was kind of fun but also kind of hard to tell who the zombies were when I was playing. Again not one of the better games in the package but worth checking out. Game number three is called PolyRunner and you guessed it it’s an endless runner. You are flying a jet in third person in this one and must collect rings in order to rack up better scores and gain speed. It controls well and is pretty fun for an endless runner. I found myself playing it over and over trying to get further and further.

One of the worst games in HeroCade is called Alpha Turkey Hunt. It’s yet another wave based shooter where you will be fighting off turkeys. This game just didn’t resonate with me at all and maybe that’s because there is already the better Jurassic Survival game in this package. You start off with a pistol to use but it has issues until you can upgrade it which takes awhile. Meanwhile those turkeys will one shot kill you which doesn’t make a lot of sense. I’d rather just play Jurassic Survival and you probably will too. In Gumi no Yume you play as a Panda and must solve puzzles by sliding gummies into places on a board. It’s one of those puzzle games that tasks you with completing it in the fewest moves possible so you’ll be sitting there planning your moves in advance. Again for a puzzle game it’s OK but I didn’t feel like VR really added anything to the experience.

Space Bit Attack meanwhile is a Space Invaders knock off where you fight off waves of aliens in first person. It controls well but is hard and kind of bland as well. Another one that I really didn’t enjoy that much and probably won’t be returning to. 405 Road Rage meanwhile is another endless runner where you are driving a car. This one I had quite a bit of fun with as it has three different modes to choose from and also offers the ability to upgrade your vehicle or unlock new ones. The different modes include one where traffic goes one way, one where traffic goes both ways and a Speed inspired mode where you have to maintain a certain speed to prevent a bomb from blowing up. This game was one of my favorites for sure. The last two games are also two of my favorites in this collection and the first one is called Sisters. Sisters is a very short experience and when I say short I mean only a few minutes long. It’s a horror game where you are in a room with strange things going on armed only with a flashlight. It’s got great atmosphere and sound and is generally creepy it’s just a shame there isn’t much to it. The other is called Dreadhalls and is probably going to be everyone’s favorite game in HeroCade. It’s a procedurally generated dungeon crawler where you must find eyes in order to escape. You’ll find things as you explore such as coins and oil. Oil is used to keep your lamp lit while coins can be used in faces on the walls. These faces then provide story bits that fill you in on what is going on. Oh yeah this is a horror like game as well and had me jumping quite often as there are creatures in this dungeon out to get you. It’s maybe not as scary as Resident Evil VII but it’s a great horror game and one that really encourages you to keep playing thanks to the random dungeons. In addition the games in HeroCade have online leaderboard support so that you can compete with other people’s high scores. The game also has a handful of trophies to chase but sadly no Platinum for whatever reason.

After playing all nine games I would say as a whole that HeroCade is worth the price of admission. Not all of the games are fun or really make sense in VR but some of the others like Dreadhalls and 405 Road Rage made the game worth playing to me. The story weaving them together was a nice touch too. HeroCade isn’t the most complete package but I do recommend it if not so you can play Dreadhalls alone.