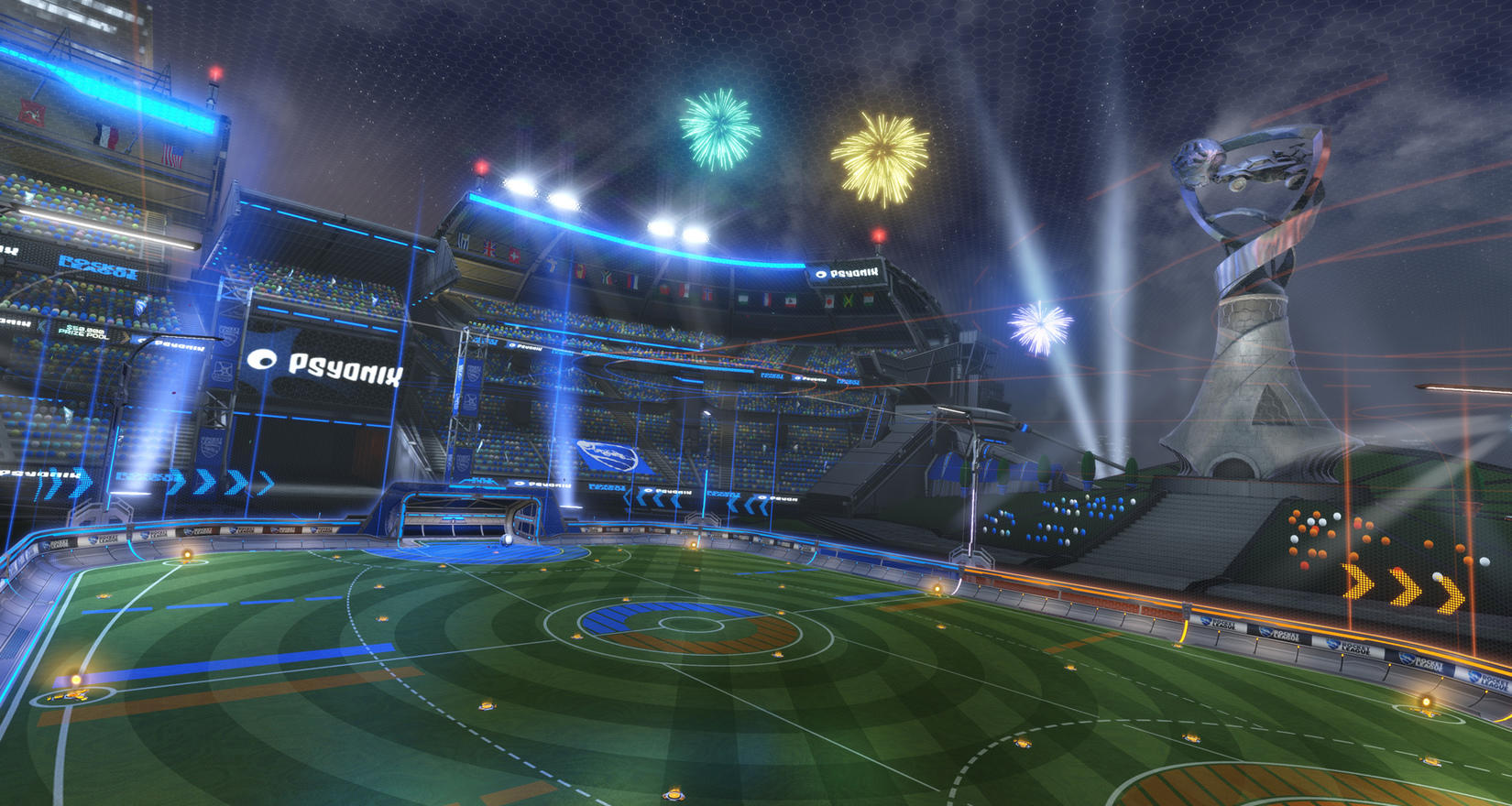 Rocket League is the game that keeps on giving and the next update for the game is coming soon. Psyonix has just announced that the 2nd Anniversary update for Rocket League will be released on July 5 and brings a new arena, new customization options, new achievements and trophies and more. Check out the trailer below.

You can read details on the update below from the developer.

We’re starting this party right by bringing a new standard arena to Rocket League. ‘Champions Field’ celebrates the pure competition found in Rocket League, complete with a massive statue featuring our shield logo, triple-decker seating (a must in any modern sports entertainment complex), and enough stadium lighting to make your match visible from outer space!

This new, FREE, standard arena will be found in all Competitive and Online Playlists, and will be available in Private Matches as well.

Our Anniversary Update also marks the end of Competitive Season 4, and the beginning of Season 5. We will have a full breakdown of what’s coming in Season 5 closer to the update, but in the meantime, you should know that the timing of this seasonal changeover marks how we plan to approach new seasons going forward (in other words, no more long, drawn-out Competitive Seasons)!

The end of Competitive Season 4 also means that a new wave of Season Rewards are coming! Each Rank (Bronze, Silver, Gold, Platinum, Diamond, and Champion) will have their own reward, while Grand Champion gets the Champion Reward plus an in-game title. As for the rewards themselves, we’re doing some much different this time around with new Trails as the rewards. Trails, as they will be called after the Anniversary Update is live, are activated when you achieve Supersonic speeds. That white-purple-blue Trail you see behind your Battle-Car now can be replaced with your Season Reward Trail, or with other custom trails we will be rolling out in future updates and Crates.

Speaking of Crates, the Anniversary Update will also include the new Overdrive Crate! Along with an awesome assortment of new Wheels, Decals, and Black Market items, the Overdrive Crate has TWO new Battle-Cars: Animus GP, and Centio V17. Overdrive Crates will be available as limited drops after Online matches.

…as for the rest of the Anniversary Update? We have a ton of additional content coming next month, including an updated engine audio system, new soundtrack options, new achievements and trophies, Goal Explosions, and more! We will have more updates (and patch notes) as we draw closer to the anniversary.