With interest in Beyond Good and Evil 2 just being renewed thanks to Ubisoft’s E3 showing, it’s no suprise Twitter voted for this game to be reviewed next. It’ll also be the first Backwards Compatible review where I didn’t play the game on Xbox 360 originally, as I had only played the Playstation 2 version until now.

Here’s the story in short for those who need a refresher or have never played the game: You play as Jade and together with her “Uncle Pey’j” she takes care of the planet’s orphaned children. Hyllis, as it’s called, is at war with the Domz, an alien race with an unexplained interest in kidnapping people. When the Domz are getting a little too close for comfort, Jade sets out to put a stop to them. She starts working as a journalist for IRIS, a resistance group that wants to expose the corruption of the local military which seems to be working together with the Domz. She sets out to different locations and takes pictures of their wrongdoings so the people of Hyllis are informed and can rise up against them. Personally, I loved this concept for a game. Playing as a reporter and fighting indirectly versus the “Evil” propaganda. In fact, I wonder if it actually needed to have any combat mechanics in it at all. It was also the very first game I ever played were photo-taking played such an important role. Besides your main objective you can also take pictures of all the planet’s different species as this will be your main source of income. The story’s pacing is excellent and you always feel like you’re making some sort of progress, though this is partly because of its short runtime (you can easily 100% this in 10 hours). Beyond Good and Evil also has excellent writing, its main plot may sometimes be somewhat convoluted, but I really enjoyed world and its characters. Jade made for a strong female lead, something that was still a rare sight at the time. The anthropomorphic animals are what really stole the show for me though, especially uncle Pey’j, who happens to be a humanoid pig, and the Jamaican Rhino’s at Mamago Garage.The writing is often funny but also has moments where it pulls on the heartstrings. Amazingly, despite its sometimes ‘heavy’ plot of abduction and torture the game is mostly lighthearted and childfriendly, something that is aided by its cartoonish visuals. Speaking of visuals, this game truly is a prime example of how much an HD remaster can improve upon the game and draw new interest to it. Just look at this graphics comparisson:

Beauty is in the eye of the beholder – Carlson & Peeters, page 405

The Xbox One also seems to help in bringing the best possible version of this game to life as the framerate never drops, loading screens are hardly present and the visuals have never looked sharper. There is an increased draw distance, less motion blurring and a lot of added effects but most noticeable for me was the increase in screensize used, as the PS2 version had black borders around the edges. With the cartoony art direction and the HD treatment, one could easily forget you’re playing a game from a previous generation.

What I found especially memorable about Beyond Good and Evil was its soundtrack. I could easily recall some of the songs from so many years ago. Some prime examples are the “Mamago Garage” jamaican sounding one and the theme playing in the bar: “Propaganda“. I also liked that many characters had an interesting dialect, it really brought the world to life.

The game did seem to have something of an identity crisis though, as there are so many different aspects to it. You never seem to be doing one particular action very long before you’re required to do something else. I’d say it leans most closely to a Legend of Zelda type adventure, but the combat never feals like it’s the game’s major focus. To my opinion it could have even been left out completely and you would have had more or less the same game. That being said, easy and simple as the combat is, I do think other games have taken some inspiration from this game: Ubisoft’s own Assassins Creed uses the same kind of “fighting a group but one enemy at a time” gameplay and I also recall Batman Arkham Asylum using a similar approach. The game’s biggest draw for me was the exploration and picture-taking though. Each time I encountered a new species, I felt excited and whipped out the camera to snap a pic and get my hard-earned money.

Hilariously, the “camera” is actually the games biggest flaw, but it’s not the one Jade is holding. Oftentimes you’ll find yourself struggling against the camera as it resets to a specific position when entering a new room and you’ll promptly walk back to where you came from by accident. It’s not just when exploring on foot that you’ll have issues as the vehicles sections struggle with the same issue: the camera somehow is intent on showing you the ceiling instead of the puzzle you’re trying to solve or the enemy you are currently chasing. You also can’t invert the settings for just the Y-axis as changing the setting impacts the horizontal camera as well. To add insult to injury, the final boss even inverts your movement for additional confusion.

Having the hovercraft to move around in does make the world feel like a bigger place than it really is. It moves around responsively and the racing sections + the extra bits where you’re chasing a looter or fighting a big Domz creature are some of the game’s most fun moments. Near the end of the game you’ll even have a full on space battle. It’s weird to see that the game wasn’t treated like a full release when the HD version came out on xbox 360 though: one noticeable thing to me was that it only has 12 achievements for a total of 200G. The game doesn’t even require you to 100% all your collections as you’ll get most of these before completing it. Another weird choice is that it has a leaderboard, but it just shows your game completion so you have thousands of people with “100” at the top and it just doesn’t seem to really add anything to the experience.

All things considered, you should still try this game if you haven’t already or take the time to experience the HD version if you’ve only played the Original like I have. It’s truly one of the alltime greats of gaming and you can easily see how it had such a big following clamoring for the sequel. I just hope they respect what made this one so amazing and keep the focus where it should be.

0 0
Previous ArticleCrash Bandicoot N. Sane Trilogy Is Sold Out Everywhere In The UK; Being Resold For Double The PriceNext Article2K Confirm That WWE 2K18 On The Switch Will Not Be Based On Last Gen; Has Xbox One/PS4 Parity 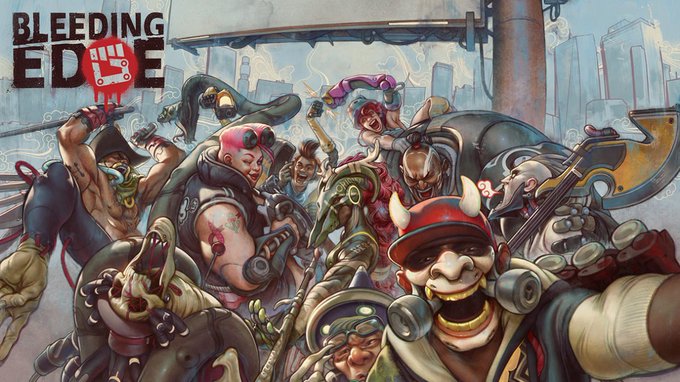