PlayStation Plus over the past few months has been offering some pretty amazing and critically acclaimed games. In just the past several months we have gotten games such as Alienation, Tales From the Borderlands, Life is Strange, Killing Floor 2, Until Dawn, Just Cause 3 and more. In fact we really haven’t been seeing a lot of indie games on PlayStation Plus like we used to at least on the PS4 side. Whether this is just a temporary thing or maybe Sony is moving away from giving those kinds of games who really knows.

August had a pretty nice lineup but what titles might we see in September? Let’s think on it and make a few predictions shall we. This may be the last time I predict Knack being made free on PlayStation Plus and only for one sole reason. For those who don’t know Knack 2 is releasing in the first week of September and Sony really hasn’t been marketing the game at all. One way to maybe help is to give the first Knack for free when the sequel comes out. However given how many criticisms the first Knack faced and how much Sony has worked to improve the sequel it may end up turning people away from the sequel. I played through Knack at the PS4 launch and while it’s not a bad game it wasn’t memorable either. There were positive things about it and I do think this is the last possible chance for Knack to be on PlayStation Plus. Mad Max is another game that seems like it would be a good fit for PlayStation Plus. Mad Max released almost two years ago and largely flew under the radar due to launching the same day as Metal Gear Solid V. While the game wasn’t without its issues it was a pretty good adaptation on the license and was kind of fun. I’m sure more people would gladly check it out if given the chance as part of their subscription. Just Cause 3 who was made by the same studio was also on PlayStation Plus this month so maybe Sony can work out another deal to get this overlooked title in the lineup.

3. The Wolf Among Us Telltale’s The Wolf Among Us also seems like another possible pick for the PlayStation Plus lineup. Over the past few months we’ve seen several episodic games on the service but this one has yet to appear. Having just announced the second season to release in 2018 it would seem like a good idea to get the game out there to more people. The Wolf Among us is probably my second favorite game that Telltale has released so if it is free next month you should absolutely play it.

4. The King of Fighters XIV

For all of those fighting game fans out there I think The King of Fighters XIV would be another great addition to the service. We’ve seen some previous entries of this franchise on PlayStation Plus back in the PS3 days so it isn’t out of the possibility of chance that the newest entry could end up there too. I reviewed the latest installment last year on the PS4 and gave it a high score the huge cast of characters and new gameplay mechanics. I always feel like The King of Fighters is often overlooked because of more well known fighting game franchises. If it is free in September don’t be one of those people who just pass on it. 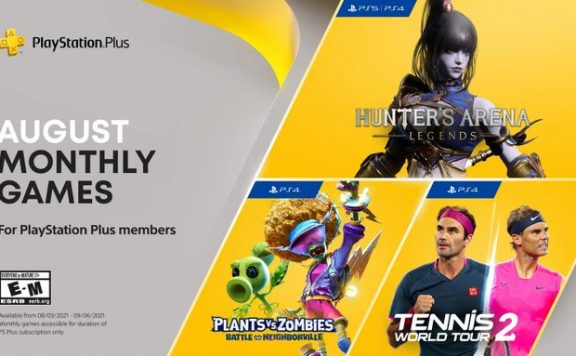