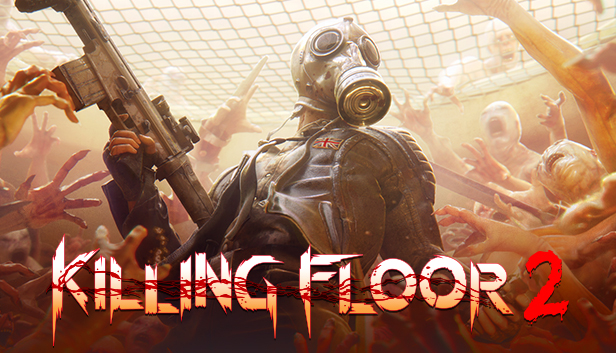 “Better late than never” is a popular phrase that has never been truer in the gaming world, with the trends of timed exclusives and preferential platform treatment. After nearly a year since its PC/PS4 launch, Killing Floor 2 from Tripwire Interactive has arrived on Xbox One. Hype may be at a minimum, sadly, as the game was recently a free PlayStation Plus title and is releasing at a moderate price of $39.99 USD. The package includes 16 total levels along with some time-exclusive gear and weaponry. Was it worth the wait for Xbox owners? Allow me to have the floor! Some of the goodies that Xbox One owners get first.

Taking place one month after the original Killing Floor, Europe is now overrun by murderous clones known as Zeds. You are a member of a motley crew team of soldiers, civilians and mercenaries who must extinguish all threats by whatever means necessary. The gameplay and objectives stay the same in every location. Waves of Zed will attack your group of up to 6 mercenaries and you must survive and defeat the end boss. Every enemy you kill will earn your character XP and dosh, the game’s currency. At the end of every wave a trader pod will open and you can restock on armor, ammo and buy/sell guns. There is a limited time to use the pod before it closes and many times you must run a lengthy distance to reach it. This adds some tension and a chance to catch your breath. If your teammates need extra dosh you can throw it and it becomes available to pick up. I find this both useful and hilarious, as shooting your wad (of cash) in a continuous stream is just funny. Every item has a weight attribute, and your character can only hold up to a specific amount of weight. A small handgun might only weigh 2 but an uber-powerful microwave gun can weigh 8. This means you might have to sell or drop some guns to purchase the one you want, and any weapons your teammates drop might be too heavy for you to immediately pick up. Planning is key, as nobody wants to find themselves out of bullets against the boss.

Characters are separated by 10 classes, each with their own perks, skills and associated weapons. As you level up, your perk bonuses increase and every 5 level-ups unlock a useful skill. Bonuses might be a 1% increase per level in weapon or headshot damage. Skills are more fun because you get to choose from 2 for each tier (levels 5, 10, 15, 20 and 25). Do I want my commando to have 25% more health/armor or 20% more ammo? There is no commitment as you can always switch between the two perks and create a perfect loadout. Despite your class, you can purchase and wield any other character specific weapon from the weapon pod. My commando could use a S.W.A.T. rifle and every kill with said rifle was allocated to leveling up the S.W.A.T. class. Some classes have obvious perks like a medic being able to heal teammates more efficiently or a firebug with flamethrower buffs. What I found to be very cool was the support and demolitionist class having available ammo and grenades for team mates respectively. There is no limit to how many of each class can play survival, so no need to worry about someone else using your preferred class and having to choose something else. Be prepared for blood, and lots of it.

A variety of playable characters in addition to unlockable gear gives Killing Floor 2 some fun customization options. Sadly, I was turned off by the loot crates that cost real money. Maybe I would be tempted to buy some if they gave the first key free, but as of now I’ll gladly abstain. There is also a crafting section for weapon skins and cosmetics, should you unlock items required.

When I played Killing Floor 2 for the first time, I instantly felt comfortable with the controls, as will any experienced FPS gamer. I was running around and blowing off heads from the opening jump. There is a fair amount of variety in the Zed types, but the models themselves get repetitive. There are easily dispatchable spider-Zed who crawl quickly, normal bad guys and a gorefast with chainsaw arms. Tougher enemies resemble the charger or spitter from Left 4 Dead along with a fire shooter and a witch-esque woman whose scream can quickly kill you. If one of your teammates strings some good shooting together, the screen will turn to black and white and become slow motion. This mode is neat at first but quickly gets old, as your character still moves slowly during these sequences. If you happen to die you must sit out until the wave ends. The length of each level can be short (4 waves), medium (7 waves) or long (10 waves). The final wave is always a boss fight and sadly there are only two bosses, which one you get seems to be random. This is one of Killing Floor 2’s biggest missed opportunities, as having only 2 bosses gets quickly repetitive. There are also 10 collectables you can find and shoot in each map. Finding them all didn’t seem to do anything other than earn achievements for the entire group, but I enjoyed the inclusion none-the-less. Players can also heal themselves and team mates with a syringe they carry at all times. There is a cooldown effect to prevent spamming, but it will literally save your skin many times over. Aside from online survival, there is solo offline survival and versus survival. The later mode pits two teams of six against each other, one a team of humans and the other a team of Zed (along with A.I. companions). Each team gets a turn as both sides and whoever gets the highest score is the winner. It was very fun playing as the Zed and trying to take down human opponents. While I don’t think this will be the main game mode for a lot of players, it is a nice distraction from the same old survival. I always tended to feel that the Zed had the advantage, as the human teams rarely made it to the boss battle.

Graphically, Killing Floor 2 looks pretty good and runs fairly smooth given all the action going on screen. There is some nice destructible lighting, especially when the screaming Zed smashes bulbs to oblivion. Levels vary from tight indoor quarters to more open outdoor levels like Paris or a nuked city in ruins. There are plenty of paths to take and your character even has a welder that can temporarily seal doors shut, giving you a chance to funnel the Zed any way you choose. The soundtrack is all heavy metal, which fits the gory, visceral tone of the game. Once the action gets going all the music tends to sound the same to me though. Killing Floor 2 also has Mixer streaming interactivity where the audience can tip the balance of power, but I did not test this out. Also, the game is earmarked for Xbox One X upgrades, meaning it will only look better and run smoother in the future. Players can find themselves quickly overrun if separated from the group.

Killing Floor 2 will always have a place on my Xbox One, alongside multiplayer favorites: Rainbow Six Siege, Left 4 Dead 1 & 2 and Vermintide. It’s akin to a popcorn movie; sure there might not be much depth, but what’s there is pure fun. I would love to see more bosses and bit more variety in enemy models; but the fact is I’m just having too much fun to dwell on Killing Floor 2’s faults. Maybe by the time I’ve leveled up all classes to 25, Killing Floor 3 will be announced. And maybe it will be a timed exclusive on another console…but as long as all gamers get a chance to try the Killing Floor series, it is better late than never! 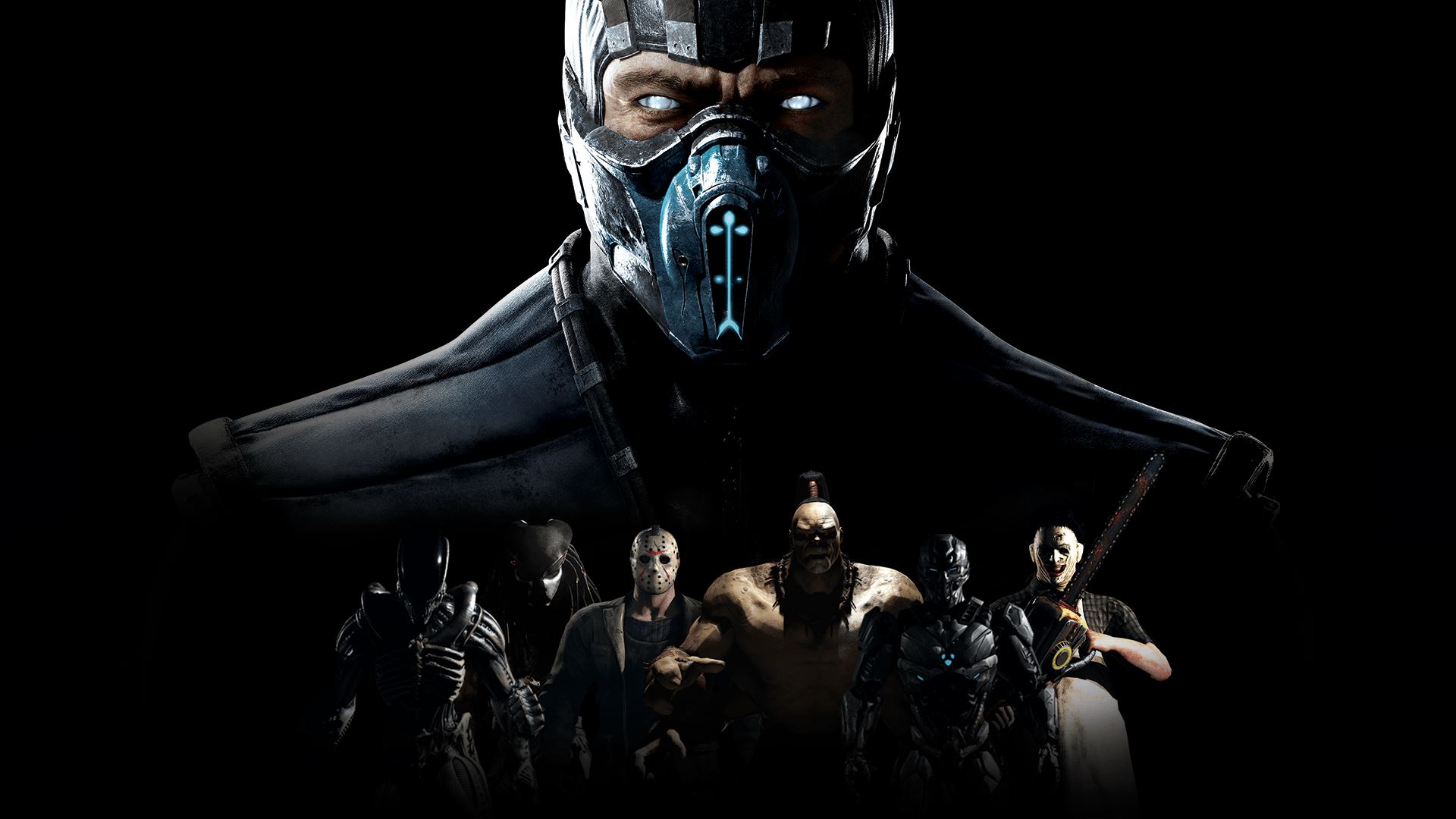