Sonic is back. I know, I know! That’s been said so many times before, and it ended up being a lie with many mediocre releases over the last 15 years. This time however, Sonic is truly back to form with one of the best Sonic game releases I’ve ever seen with Sonic Mania. How does Sonic Mania differentiates itself from past attempts to bring Sonic “back to form” I will talk about that and more in our review of Sonic Mania.

I personally chose to review Sonic Mania on the Nintendo Switch as I am a huge fan of the system, and I like the portability which I feel would work well with a game like Sonic Mania. My assumption was correct, and I personally feel that this is the best platform to experience Sonic Mania on. The portability works well, and it runs perfect on the Switch with no visible issues other than one that I will discuss later, but it doesn’t affect the gameplay. I tried Sonic Mania both in docked and in portable, and I much preferred playing the game in portable mode.

Now on to the actual game itself, Sonic Mania manages to capture the true 2D Sonic style that the series was so famous for on the Genesis/Megadrive rather than trying to make it a “modern” version of the 2D style which did not work at all for Sonic 4 which was slammed by critics and fans of Sonic when it released in 2012. Sonic Mania doesn’t change what was not broken, and captures the spirit of the old Sonic games which has not been able to be captured in 20+ years.

The levels are all very well done, and all feel fresh even though the majority of the levels are only remastered levels, but they feel new and fresh still. You can tell that a lot of care and effort has been taken with each level whether it was a completely original level or one of the remastered levels. I enjoyed many of the new twists and obstacles that were carefully inserted into each level, and felt like they would perfectly fit in any of the original Sonic games released all the way back in the early 90’s. The same can be said for the soundtrack, it sounds exactly like it should do and feels like something that’s been ripped from an old Sonic game that released on the Genesis/Megadrive. That’s exactly how it should be too, I and many others did not want a modern twist, we wanted to feel like this is something that would’ve been released all those years ago. I’m happy to say that’s exactly what Sonic Mania managed to do.

Sonic Mania also brings back the much missed special and bonus stages which includes you trying to outrun a UFO by collecting blue orbs to increase your speed. There’s also a time limit which can be increased by collecting rings. A chaos emerald can be obtained within those stages. The additional stages are both fun and frustrating at the same time, and they are also the perfect bridge between each act to make it a little more varied.

The only real problem I had with the Switch version of Sonic Mania is there seems to be quite a big input delay with pressing the power button or the home button that still has not been fixed. It’s not the biggest issue ever, and it’s only going to cause issues for us Switch players, as there’s none of these kind of issues for other platforms. Although it’s not a big issue, I’d like to see it fixed eventually with a patch.

Like I said at the start of this review, Sonic is back! And he is back in a big way with Sonic Mania. If you have given up on Sonic in the past then now is the perfect time to jump back in to give your friendly blue hedgehog another chance. Sonic Mania smashed through all expectations, and could be one of the best Sonic games ever made. Go buy this right now, whether it’s PC, Switch, PS4 or Xbox One, everyone must play this incredible game.

+ Perfect price point for the content you are getting

– The Switch version currently has a delay issue with the home and power buttons. 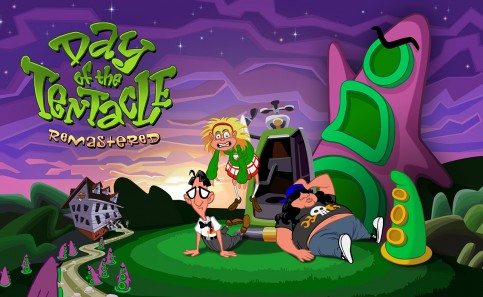