When I was asked to review this game, I have to admit the title didn’t immediately get me excited. I usually have an aversion for any games based on a realistic setting. I’ll choose Burnout or Split/Second over Forza Motorsport and Rune Factory over Farming Simulator any day, but something still managed to get me pulled in to play Mudrunner. That something was this trailer:

If this doesn’t get you excited for the game, nothing I say will as the trailer showcases the best parts of the game (its graphics and physics engine) and combines it with an Inception-like soundtrack that still manages to enthral me after so many years. (Publishers take note: put this sound-effect in your trailer and I will just keep buying your game like the mindless sheep I am)

Princess Plow is kidnapped by Bogser and you have to traverse across the Mudroom Kingdom to save her… I’m obviously kidding and there is no story to be discovered here: The game is set purely around having you force your way through challenging environments with Soviet era vehicles. It’s a showcase of a (very) potent physics engine more than anything.

It wasn’t just the over-used sound-effect that got me interested after watching the trailer, the game just looks amazing as well. It’s incredible that the developers managed to build their own engine instead of resorting to the most well-known ones like Unreal, Unity or Frostbite. Every single element in the game has its own physics model; from the vegetation and water to the tires and most importantly the mud itself. The water physics will take your breath away – This is know as drowning.

But while most screenshots could give you flashbacks of Xbox 360 era colour palletes (lots of browns, greys and dirty greens) Mudrunner still managed to amaze me at times. Aww, flowers? You wheely shouldn’t have!

The environments are incredibly lifelike and the details on the vehicles are as perfect as you could imagine. It’s the little things that do it: the warped air from the exhaust’s heat, the mud that sticks to the wheels but washes of when you drive through water, heck you even see the fuel slushing around in the fuel tank! For me, as someone who wasn’t easily won over by the gameplay, just taking my time with it and enjoying the visuals would be enough to warrant a purchase. These graphics set my wheels in motion!

The only thing that looked slightly off in the game was when using the winch: for some reason the cable looks a bit cartoony vs the rest of the world’s realism. Though this was perhaps decided upon intentionally, to have it be more visible as it’s often an important gameplay-element.

The sound design continues the trend to achieve realism: The engine sounds are all different depending on which vehicle you’re using and when you switch to cockpit mode the sound becomes muffled. Ambient sounds are also present: You’ll often hear birds chirping in the woods or the water gushing when you get near. The only thing that was missing for me was any form of music. It would have been nice to be able to turn on your radio for example and hear some tunes. The Only music that seems to be present in the game is some guitar riffs and celebratory music when you beat a challenge or unlock an achievement.

Now we’ve arrived to the mud… Er, the meat of the game! No wait, it is the Mud! While most games involving cars will have you drive over paved roads and tracks that are fit for vehicles, mudrunner excels at creating the most difficult areas to traverse. Getting through some thick mud is a true struggle and you’ll find yourself squeezing the RT-button in hopes of progressing just a little bit further. The mud can be a real cog in the wheel. No? Stick in the Mud then?

To avoid too many issues, it’s usually a good idea to analyse the best possible routes on your map. Unfortunately navigating it isn’t as easy as it should be: moving the camera seems to be restricted unless you zoom in, the map doesn’t clearly illustrate what type of terrain you’ll encounter and you’re limited to a certain amount of nodes to place. Since the route between nodes is set in bird’s flight (a straight line) it would have been welcome to have an unlimited amount. I also would have liked to see the path snap to an available road where possible instead of insisting on placing the straight lines between nodes. I was bogged down by my lack of navigational skills

As you can see on the map above, your vehicles are also not clearly identifiable: names like C-255 or A-469 don’t mean anything to me, which caused me to switch between vehicles more than was necessary as I had to first control one to find out if it was a Jeep, a tanker or one with a crane.

The lack of handholding was a general issue to me; perhaps I’ve become too accustomed to being guided in my first few hours of play but when playing the first single player map right after the tutorial I felt lost and didn’t know what to do. Then again, I’m dumb enough to forget about the park brake every single time, so take that with a grain of salt. “Come on! Start already! Oh, wait, the park brake is still on again…”

Where I went wrong is that you’re first supposed to do the challenges, something that is usually additional content for after beating the main missions. Here, the challenges are meant to teach you how to use each function and reward you for perfect execution. “Squash a pumpkin!” Now that gets me in Halloween mode!

I did appreciate how these challenges were shorter in length and at the same time a lot more varied than the main tasks in the singe player missions. You’ll get bonus stars for things like squashing a pumpkin, finding bioluminescent flowers or doing the entire challenge in cockpit mode. It adds some variety and you feel all the more accomplished when you beat a challenge with a 3 star ranking.

The main missions however are a tad too long in my opinion. Just on the very first map I spent two hours, first using my mobile vehicle to reach outposts so more of the map would be revealed to me and then slowly (I can’t emphasize this enough) moving towards one end of the map to pick up logs, to bring them all the way to the other end. When I then made a small mistake and tipped over just meters away from my destination… I lost it! It felt like I had washed hours down the drain and achieved nothing.

It’s a test of patience and persistence. You’re not very likely to get through an entire level in one sitting and sometimes you have to move multiple vehicles along the same path as they have to help each other get past difficult sections. I can’t help but shake the feeling that this would be more enjoyable when done in the available multiplayer mode, but sadly that wasn’t a possibility when I was reviewing the game (no one else was present online).

It’s entirely possible to do it by your lonesome, but again: you’ll have to be a patient person. Yes, you’ll be frustrated, yes you will have to re-attempt several times and sometimes lose a lot of progress, but the reward is there when you finally get it done. It’s just a shame that some of the game’s content is locked behind doing well in other sections: you’ll have to beat the first maps in the single player to get the others unlocked and you have to beat all challenges in sequence (though you’re not required to get a certain amount of stars). If you get stuck on a certain challenge and can’t get past it for the life of you: the other ones will be forever out of your reach to even attempt. A Mudrunner’s path is set in stone… and red marker

Mudrunner is a great game for its target demographic but it won’t please people of just any audience. Nevertheless, I’m usually not a fan of “realistic” games yet I still found some enjoyment in plowing through the mud like a sadomachosist and it helped that I got to stare at the pretty pictures while doing so. It’s a niche game that does what it sets out to do very well. 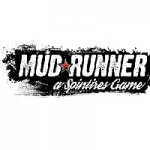