As it pertains to arcade-style sports games, hockey typically gets the short end of the stick (har har). While NBA Jam, NFL Blitz and Fifa Street have seen many iterations over the years, it can be difficult to name any memorable arcade hockey games. The one I did get excited about, NHL Arcade 3 on 3, turned out to be a huge disappointment (In this reviewer’s opinion). The lack of titles alone was enough to get me excited about Bush Hockey League (formerly known as Old Time Hockey), because when it comes to arcade sports games, you don’t always need the official license. For the reasons I will detail below, Bush Hockey League is the most enjoyable Hockey arcade game I’ve played since NHL 94 on Sega Genesis.

Taking place in the 1975-76 season, Bush Hockey League’s story mode revolves around the Schuylkill Hinto Brews, a fledgling team suffering from a losing record and a lack of attendance. With no option to simulate games, the player must participate in dozens of games against a variety of teams with hopes of making the playoffs and winning the championship. Before each game there are a few (mostly optional) objectives that players can complete to help increase their team stats. Some are simple such as: win 50% or more faceoffs or score 4 or more goals. Others can be harder to trigger like winning a perfect stick fight or hold a team under a certain number of goals. What I like about the objectives is that it makes the season, which is incredible basic, a bit more exciting and varied. Every team is ranked based on three stats: offense, defense and fighting skill. While the Hinto Brews start off with meager stats, with a little effort in completing objectives, they can be fully maxed out by the playoffs. During story mode you can also complete specific objectives to unlock player cards, the game’s collectables. There are leaderboards and a bevvy of stats to check out should they interest you. Throughout the story, the team will endure some problems, usually revealed by funny newspaper headlines. You might hear that a player was arrested for drinking on the ice or the team traded their beer cooler for a new player. It’s all in jest and along with the game objectives, helped keep the story mode interesting. These twists in the story are not intrusive as you get to learn of them during the loading screens, which is a smart move. When you have completed the story you can play again on a harder difficulty and there are four separate save slots available. Bush Hockey League has a few different control styles, and even a beer mode scheme that lets you play with only one hand. Using the modern control scheme, I was able to easily hook, bash, pass and shoot the puck with relative ease. The character movement is fluid and feels as it should, given the fact that players are skating on ice. I don’t expect them to be able to stop on a dime or hit maximum speed right away, and they don’t. Players will automatically substitute in and out and there was a genuine difference felt when playing great teams as opposed to poor teams. There are multiple difficulty settings to choose from as well, I decided to play my story mode on easy and I didn’t completely dominate my opponents every time, I even lost games. While story mode is a single player experience, up to 4 players can play exhibition mode locally. Sadly, there is no online, and it’s a shame since Bush Hockey League could really benefit from it. Thankfully, the game runs in 1080p and 60 frames per second.

Graphically, Bush Hockey League has a distinct cel shaded style that does give it personality, at the cost of detail. Player faces look eerily similar to Nintendo 64 games like Goldeneye 007, and don’t expect them to talk or have facial movements. Overall, the action is smooth and fast, you must always pay attention on defense as the A.I. can score goals quick. While your goalie is quite serviceable, he can’t block every shot. Score enough knockdowns and your puck will catch fire, leading to increased movement and faster shots. Fighting is another major aspect of Bush Hockey League, but not its finest. Controls are simple with one button mapped to punching and another for dodging your head. It really doesn’t work well if you try to be precise, which means I just mash the punch button and hope for the best. Despite the issue with fighting, gameplay as a whole is very enjoyable, and I found myself playing multiple games in a season without getting bored. Final Thoughts:
Arcade sports games can be successful with any theme, if the core gameplay is fun. Whether it be Mutant Football League, Mario Baseball or Bush Hockey League, gameplay is and will always be king. The theme of 1970s minor league team is a good fit that is both original and entertaining. I have not had this much fun playing an arcade game in over 20 years, and that’s saying something. Bush Hockey League does have its share of faults; namely poor combat, no online play and a story mode that can feel repetitive at times. Thankfully, the hockey gameplay covers up a lot of these issues and I continue to find myself going back for more. If you are looking for a fun sports party game (with an M rating), Bush Hockey League provides solid gameplay and some good laughs. 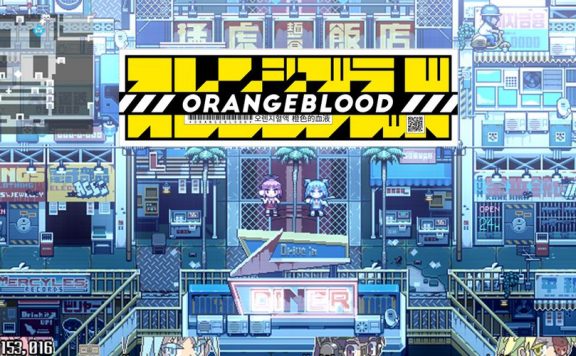