One of the more underrated Xbox One launch titles was a small indie game called Max: The Curse of Brotherhood. If that name is kind of familiar you probably recognize it as this is a sequel to Max & The Magic Marker. Max: The Curse of Brotherhood was originally made by Press Play but after a studio closure by Microsoft it has now made it’s way to PlayStation 4 thanks to Flashbulb Games. While this title is several years old at this point PlayStation players should give it a look.

The game begins with Max coming home and finding that his brother Felix has made a mess of his room. This angers Max and leads him to search for a way to make his brother disappear. Needless to say Max gets what he wanted and ends up banishing Felix to another world. It is then up to Max to save him. The core of the game is that it’s a 2.5D platformer that incorporates puzzles that you have to solve along the way as well. Max has his magic marker with him to aid him in solving these puzzles. You activate it by pressing the R2 button and then moving the cursor to certain points on the screen. You’ll use it to do things like growing and detaching branches, raising platforms, shooting projectiles, creating vines to swing from and much more. The great thing about the puzzle design in this game is that you’ll have to combine some of these powers to solve things. Maybe you can’t reach where you need to go by swinging from that vine you just created? No problem, try making a platform out of the earth and attaching that vine to it. There are many more ways you’ll have to combine your powers but I won’t spoil them here as figuring them out is part of the fun of the game. The game spans a total of seven chapters that took me around 7-8 hours my first time through. I felt like the game was paced pretty well as nothing ever really felt like it was dragging on. Each chapter also has collectibles that you can find which you’ll need to do if you want to earn all of the trophies in the game. Going back to the gameplay another thing I really enjoyed were the moments where you had tense chase scenes. These always got my adrenaline pumping as I ran and had to use my marker in a hurry in order to escape. The only grievance I had with this is that while the time does slow down when you use your marker in these instances it still felt like you could easily fail and have to start over. I could see these moments frustrating some people but when you perfectly execute these chase sequences it’s a great feeling. Visually Max: The Curse of Brotherhood looks great at times and at other times it shows its age. Some of the environments in the game look pretty bad while others are so good it makes you scratch your head why the whole package isn’t up to the same quality. Character models look great and the lighting in the game is well done too. The voice work is good too but there wasn’t enough of it in my opinion. Music in the game is another highlight especially in the chase sequences.

While PlayStation players had to wait several years for it Max: The Curse of Brotherhood is definitely worth playing. The 2.5D platforming feels great and the puzzle design combined with the physics in this game makes for some great moments. Hopefully we get to see more of Max in the future as I want more time to wield his magic marker.

*Max: The Curse of Brotherhood is available on PS4, Xbox One, Nintendo Switch and PC. Reviewed on a PS4 Pro. Review key provided by the publisher.

Max: The Curse of Brotherhood 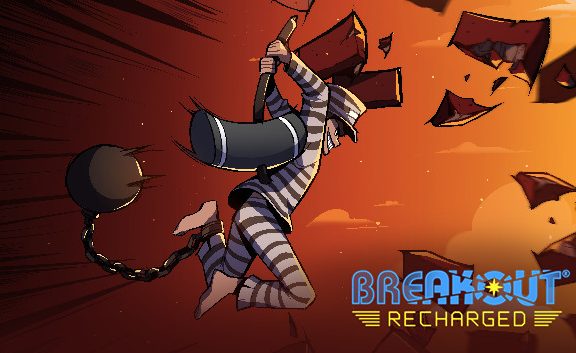