It’s no secret that I’m a big fan of Collectible Card Games, I’ve played almost all of the most well known ones (both paper and digitally) and I still play Magic The Gathering pretty much every day. Hearthstone was another great digital CCG that I played daily for well over a year, but I eventually grew tired of it.

Fable Fortune seems to take a lot of elements from Hearthstone, so let’s see if this one is worth your attention. First of all, it’s available on Steam, Windows and Xbox One with the latter two offering cross-play which benefits the available playerbase greatly. It’s nowhere near as approachable as the mobile phone apps though, which have millions of devices and thus a far larger reach.

If you put Fable Fortune side by side with Hearthstone, it becomes really clear how much they have in common:

On the other hand, being played exclusively on bigger screens does open up some possibilities to have extra elements incorporated into the game’s User Interface. Allowing Fable Fortune to have even more interactions available, but is that always a good thing?

Two things that really set it apart from Hearthstone: Next to your hero’s ability you’ll also have a one Gold ability which can be used once per turn and gives one of your creatures “Guard”. A Unit with Guard MUST be attacked before any other Unit or player can be attacked. Again, something we’ve seen in Hearthstone (were it was called “Taunt”) but the option to grant ANY of your Units Guard for the small price of one gold is a gamechanger. Wise players use this ability often!

It’s obviously a good idea then, to play this ability on Units with high health, as the opponent will have to spend a lot of resources to get rid of it. or alternatively you can target your cheap 1/1 Unit to force your opponents huge one to attack it. In the end though, what it does is cause a lot of board stalls. The first few turns of each game are usually spent trying to trade Units with your opponent and the first player to get a big one or a large army to stick, usually wins. The presence of the Guard ability seems to favor either really aggressive decks or ones focused on complete control, but it doesn’t leave a lot of room in between. It’s either Go Fast or Go Big.

One other element  Fable Fortune introduces, are quests: at the beginning of each battle you’ll get to pick between 3 available quests. One example could be: play three Units with higher Strength than Health. A press of the LT button shows all active quests and abilities.

When you’ve completed a quest, you can choose either Evil or Good and get a point for it. Which you choose will also decide how your ability upgrade:

You’ll also get a free card added to your hand for succeeding in your quest (it’s visible which one it’ll be when you’re picking your quest). Mainly it serves to make sure the game doesn’t go on too long as your abilities grow stronger and depening on how many points you have in either side (Good/Evil) some Units will get a boost or have different abilities.

This seems to be effective as games don’t usually last more than 10 minutes (I have yet to see what happens when your deck is empty for example), but part of this is that I haven’t found any decent opposition yet. More so than in any other CCG I’ve played, it seems the other players are not as experienced and still overvalue their lifetotal or throw Units away for no good reason. This is at its worst when doing boss battles (2 real players facing off against an AI boss) and your opponent is attacking your best Unit into certain death.

The enemy AI isn’t the brightest either. It fails to understand how some of the abilities work and it makes a few strategies overpowered. The Balverine’s ability below says that it heals 2 dmg from itself when it destroys an enemy Unit, yet the AI will attack 2/2 Unit after 2/2 into it. Play this vs the AI = You win

Balancing the different heroes is always a hard task in these types of games and I haven’t quite figured out yet if they’ve succeeded in this. The main differing factors are your abilities (which again, seem almost identical to Hearthstone’s: 1 dmg, heal 2, make a 1/1 etc) and which cards you get to play. So far I’ve found the Shapeshifter and the Gravedigger to be the closest to my personal style (aggression through multiple small Units or growing one big fatty)

As for the game’s looks and performance: No CCG will blow you away with its impressive visual as the most important thing of all is that the gamestate is clear to all players at all times. Fable Fortune does this excellently; at all times can you check your cards in hand, in play and see their stats clearly. The board never gets cluttered thanks to its 6 Unit limit on either side and the Xbox controller lends itself to some fast play:

I did encounter a few bugs though: If you press LT to emote, it keeps popping up and getting in the way. The game crashed on me twice (during 2V1 boss battles) and twice while I was opening boosters. No booster pack for you!

If you’re a fan of Collectibe Card Games you owe it to yourself to check this one out at least. It’s free, it does a lot of the same things right as Hearthstone and even adds in a few interesting elements into the mix that can shake things up for those who’ve grown bored of it. The biggest issue at the moment is the lacking AI, so it all depends on whether or not you can find capable opponents to test your mettle against. In the long run it’ll need to increase its card base even further to keep players interested (but I have no doubt that they will) and maybe look into some form of Draft/Arena mode as the randomness of such formats can keep things fresh for much longer. There are also some bugs they need to iron out, but if they fix these and get a big enough player base I have high hopes for this game.

I for one will at least be playing it until I’ve cleared all the achievements and with one of them requiring 2000 games played, I’ve got my work ahead of me. Hope to see you all in the arena sometime!

Still undecided and want to see it in action first? I’ve got you covered: 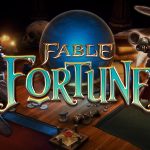