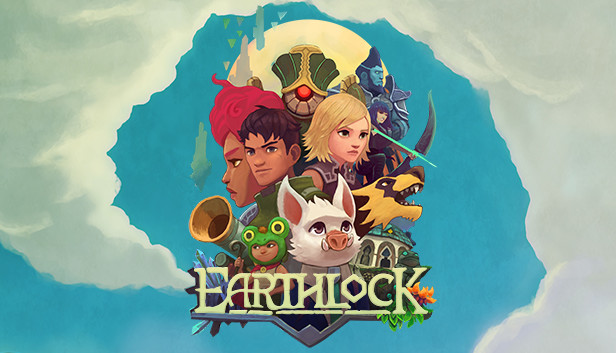 Earthlock recently rereleased as a brand new version because the developers wanted to improve upon the game before starting work on the sequel. The new version is completely free for anyone who owned the original version, either physical or digital, and at the same time it also released for Nintendo Switch.

I’ll be reviewing the Xbox One version of the game, a platform in dire need of some JRPGs and this is a rare western approach at the genre so I’m very curious to see if the “final” version of the game will convince me on its qualities.

One of the most important factors to keep players motivated while playing a large RPG adventure is having an interesting story. While Earthlock has some very charming character designs and a world I’d like to know a lot about, the actual story doesn’t run as deep as one would expect. It’s hard to tell who is the main protagonist because we don’t get to know a lot about our playable characters before they’re thrown into the action and it’s only past the halfway mark that we get a glimpse at who could be the “bad guy” orchestrating all the things that are going wrong.

We get to start the game with Ive Lavender, she’s the general’s daughter but also an aspiring cadet in the military. The very first playable area and I get to open a Chest (the best part about RPG’s!)

This is used mainly as a short tutorial session as we’re quickly pitted against some of her fellow soldiers so she can prove her worth. Her father wants to keep her out of harms’ way however so she isn’t allowed to join the fray. Mere moments later we’re introduced to Amon, a young scavenger and our most likely candidate for the role of protagonist. He and his hammerhead shark (yes, really!) uncle Benjo are out in a temple looking for a valuable artifact they can sell. This artifact turns out to be the namesake of the game, the Earthlock. While we’re not immediately told what it’s useful for, it’s soon apparent that some shady figures are after it as well. Luckily a hogbunny (part hog, part bunny – one of my favourite video game races as of now) named Gnart Tigermoth listens in when Amon is trying to sell it and they both agree to bring it to the capital where it can be researched. Isn’t he the cutest?

Gnart also informs Amon that the capital may be the best location to find a cure for his uncle’s sickness, which was the driving force for them to be after money in the first place so it all works out. What’s refreshing in Earthlock, is that there doesn’t seem to be a looming darkness or any kind of evil force at work readying to destroy the world, something I’ve grown accustomed to in almost every similar game. But at the same time this absence of an “urgent” task to be performed (“save the world!”) combined with a lack of character growth seems to be the largest element missing from getting me totally invested in the story. I’ve also played the opening scenes of the original version and the story does seem tied together better than what was the case before, with new character cutscenes and better dialogs, but I can’t help but feel like it still needed a bit more fleshing out.

The game looks absolutely charming! Especially the indoor locations somehow all gave me a warm & fuzzy feeling inside, with their soft pastel colours. The aesthetics of the game just click with my personal preference and I often felt the need to pauze and just take in how wonderful it all looked. One thing I can always appreciate in RPGs is when equipping different armor or weapons is actually reflected in the combat or the overworld and I was happy to find that Earthlock went the extra mile for this as well. Equipping Taika the stormdog with a different bangle will change her appearance completely and the other characters also have an alternate outfit which often looks better than their default so it’s always exciting when you unlock one. Ive looks dashing in this princess Zelda like outfit!

One minor thing that bothered me however, is how bland the menu’s look. It’s perhaps a pet peeve of mine but I like when the look & feel of the game is consistent throughout all elements of gameplay and in an RPG you do need to spend a significant amount of time in the menus to perfectly micromanage your equipment and abilities. During battles, you’ll also notice that some close combat attacks don’t physically connect to the enemies: Amon will use a stab attack with his knife for example, but he just stays put and thrusts his knife forward. It’s strange, considering his Steal/Mug ability does have him dash to the enemies’ location.

As for the music, Earthlock has some absolutely stellar tracks. One of the main themes even reminded me of Ori and the Blind Forest (which is a game soundtrack I’m absolutely in love with) and Echoes of the Earth is now a permanent entry in my Videogame song list:

The other tracks are equally epic, emotion-invoking or memorable and surprisingly often on par with what’s on offer in a Final Fantasy title. That’s no mean feat so I applaud the composers for this achievement!

Earthlock is a turnbased RPG through and through, with characters and enemies taking turns attacking each other and their speed stat and abilities determining the order. There are various elements that make it a unique experience however.

Each character has two different stances and you’ll need to switch between them quite often as each one has a specific use:

Actions take up a certain amount of ‘Amri’, the game’s mana system if you will, so you’ll need to carefully consider when to use which ability lest you need to spend a turn resting. You can switch between stances during combat but likewise, it will take up some time. It’s also counterproductive at times because you want the elemental protection Taika can grant you or you want to boost your attack power with Gnart, but you really can’t afford to take them out of their main roles as healer or main damage dealer. Taika for example will be your main source of damage output throughout the game as she can handle large packs of enemies or deal massive damage to a single one. Taika is a *Literal* beast!

I could really appreciate that each ability has its own button assigned to it. With the directional input you either choose abilities, items, other options like fleeing/resting or your super and then each of those assign an ability to your A, B, X & Y buttons. It makes for a quick input system that avoids having to waste too much time in the menu’s. There’s also a Fast Forward option to make the animations play out faster, but it’s not needed so much in this game as none of the abilities take particularly long to play out. In fact I would have liked to see some over the top super animations (like how summons and limit break animations are the highlight of Final Fantasy’s combat). One more nitpick during combat is the targeting system: it happens frequently that you attack your own team by accident because the cursor selected them because the up/down or left/right input doesn’t behave like you’d expect it to.

One added element to the combat that really makes it interesting, is pairing: you can have up to 4 members in your party and they form two pairs. When they fight together long enough they will raise their bond level (up to a max of 5) and it’s one of the most important aspects that will determine your success as this not only provides specific passive buffs but also how many times you can use your Super abilities. Most of the early boss battles can be especially hard to beat if you don’t use the right tactic or don’t have enough bond built up, as is evident by me taking way longer than is needed here:

Rarely will there be a need for you to level up your characters in the game, but you will need to think through which pairs of characters you bring into battle and which weapons they have equipped. Next to weapons, you’ll also earn Talent Points when leveling up or when growing a bond between characters. These points can be spent by equipping Talent cards, either giving passive buffs, character specific abilities or rare effects like protection from a certain element or extra damage versus certain enemy types. It’s a great decision that you can change the equipped talents at any time outside of combat; you can switch a damage dealing physical type into a magic defense tank that absorbs all damage done to the party if need be. Hunting down the rare character/enemy based talents will also take up most of your endgame as unfortunately your characters have a level cap of 20 which is reached rather soon into the game. Perhaps this is only because it’s so easy to abuse the experience multiplier: on the overworld you can group enemies together and beating a large pack of them will give you a significant boost.

While many RPGs expect you to beat the main story and then venture into side-content, I feel like Earthlock tries to motivate you to do most of these during your main adventure. A lot of the sidecontent unlocks rather soon and you’ll spend quite a bit of time on Plumpet, your own Island where you can grow plants (which are used for making ammunition for Amon & Ive’s ranged stances). You can also make new weapons or talents here and even decypher locations of treasure spots. Whenever you encounter a savepoint in the game you’ll be able to warp to Plumpet and the temptation will be there to spend some time stocking up on supplies. Hogbunnies are very into homeopathy.

For an RPG the experience is also rather short, but I welcome this as not every game has to be 80 hours long. I’ve spent about 25 hours on the main campaign and then rounded up some of the missed content in the remaining 5 to get a 100% completion.

If there’s one word to describe Earthlock, it’d have to be “charming”. The characters are likeable, the world is well designed and there are plenty of interesting things to do or discover.  I would’ve liked to see the main story unfold in more depth and perhaps to have more interactions between the party members. It also could’ve used some additional endgame content and more incentive to power up your characters as they’re easily maxed out, but it does make for a pretty dense adventure and certainly one I would recommend to fans of the genre. Just be sure to turn up the volume, as the soundtrack alone is definitely worth your while! 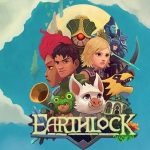