Eyes up Guardian, Activision and Bungie have announced the Destiny 2: Forsaken expansion that is set to launch on September 4 on PS4, Xbox One, and PC.

This expansion kicks off year two of content for Destiny 2 and brings major changes to the game much like The Taken King did for the original Destiny. Players will be returning to the Reef to explore two new destinations as well as gain access to lots of other new modes, weapons, and other features. Read on below for the full description from the team.

Following years of strife, what remains of the Reef has fallen to lawlessness. You and Cayde-6 are sent to personally investigate the recent unrest. Upon arrival, you soon discover the most-wanted criminals in the Prison of Elders have organized an escape. Beyond the Vanguard’s authority, you’ll pursue these fugitives deep into the Reef. Explore new regions, awaken new powers, earn powerful weapons, and uncover long lost Awoken secrets. The hunt is on.

Bungie has also said that if you don’t own Destiny 2 or the first two expansions yet there will be options for you to get everything but we’ll have to wait until closer to launch for details. Are you excited for Destiny 2: Forsaken? Let us know in the comments. 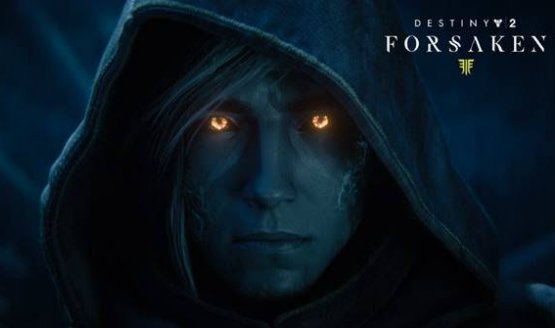