Exciting times are ahead for Sony owned Guerrilla Games as they have announced that they are expanding and moving to a new five story office. Guerrilla Games has been an important developer for Sony but they recently gained much more recognition after they released Horizon: Zero Dawn last year which has already sold over 7 million copies and won more than 50 Game of the Year Awards.

But Guerrilla wants to do more games and do more games faster so they are moving to the former Telegraaf complex which is in the process of being renovated and has a total of 7,300 square meters of floor space. They wanted to expand but their old office made it difficult to do so. They currently have 250 workers but the plan is to increase to a team size of around 400.

Managing Director Hermen Hulst had this to say to Dutch website Het Parool:

I’ve been looking for room for growth for three or four years, but that is hardly possible in Amsterdam, which will be the base for Guerrilla. We are going to put everything to our will. For ten years we do not have to worry about our accommodation anymore, the idea is that we will never go out here again.

After Horizon: Zero Dawn, we are accelerating, the best talents are coming to us, and last month we have already hired nine new people, but we also needed more space for our sound and motion tracking studios.

We have worked at Horizon for 6.5 years, which is exceptional: we want to release games in the two or three years, both new titles and games based on existing titles.

This could mean that Guerrilla Games simply needs more people for Horizon 2 or it could mean they want to do more than one game at a time which is what it sounds like to me. Could we see them return to the Killzone franchise or perhaps we will see another new IP from them. Either way exciting times are ahead for the studio. 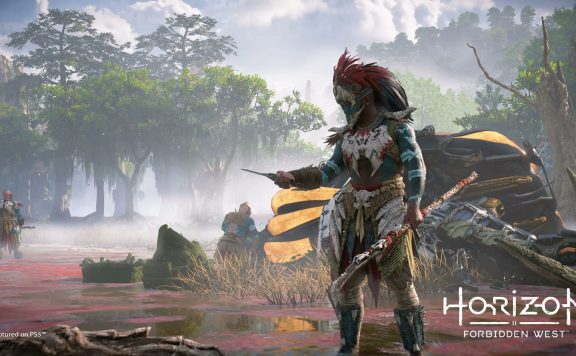